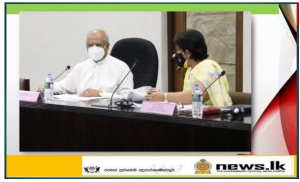 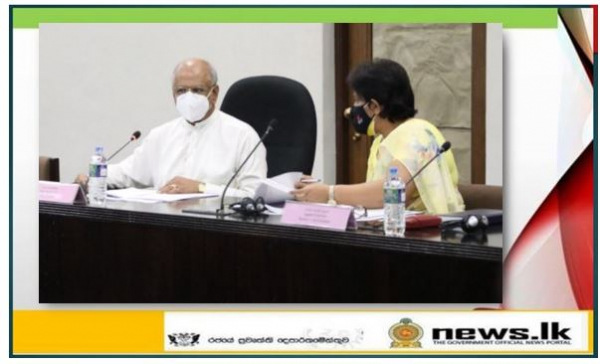 The People’s United Front Sep: 06 testifying before the Select Committee of Parliament to Identify Appropriate Reforms of the Election Laws and the Electoral System and to
Recommend Necessary Amendments pointed out that the country needs a mixed electoral system with single and proportional representation.

The number of seats in Parliament should be 225 as at present, out of which 140 should be elected on a divisional basis, 70 on a district basis and the remaining 15 from the national list, said Hon. State Minister and the assistant secretary to the party Sisira Jayakody.
He added that the new amendments should take into account the current presidential election system, where the whole country is considered as one constituency or the electing of a President by the vote of the Members of Parliament.
The front also pointed out that the possibility of holding by-elections according to the requirement should also be explored.
Deputy Secretary of the People’s United Front, Member of Parliament Hon. Yadamini Gunawardena stated that the time and date of the elections should be determined by law without the influence of the political authorities. He added that legal provisions should be put in place to prevent advertising in state and private print media, electronic media and social media that could harm the equality of candidates.
The Eelam People’s Democratic Party (EPDP) testified before the committee that the security of all communities should be ensured during the new electoral reforms. 65 percent of the members should be under the single member system and 35 percent under the proportional system, the party further emphasized at the committee.
The Deshavimukthi Janatha Party stated in the committee that the country basically wants a divisional system. He said the new amendments should ensure the political representation of minority parties. They also emphasized the need to hold Parliamentary, Provincial Council and Local Government elections under a common system.
Hon. Ministers Nimal Siripala de Silva, Pavithra Wanniarachchi, Douglas Devananda, M.U. M. Ali Sabry, Hon. Members of Parliament Mano Ganeshan, Madhura Withanage and Sagara Kariyawasam were present at this meeting held. Vice Chancellor of the University of Sri Jayewardenepura, Senior Professor Sudantha Liyanage was also present
at the committee meeting held.

Taliban takeover in Afghanistan could inspire US extremists to plot attacks on American soil: FBI chief

Biden Declared the War Over. But Wars Go On.

Ex-US defence chief testifies he was deceived by Elizabeth Holmes

TS ICET Result 2021 today at icet.tsche.ac.in, here’s how to check