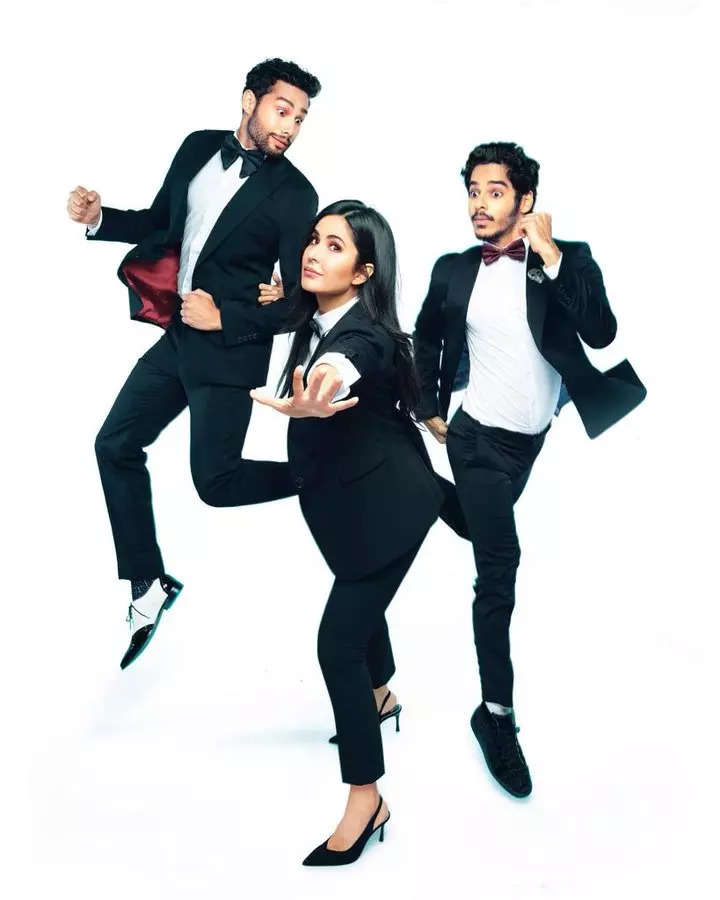 The makers of Katrina Kaif, Ishaan Khatter and Siddhant Chaturvedi starrer ‘Phone Bhoot’ have announced the release date of the film. It will hit the theatres on July 15, 2022.

This is for the first time when Katrin, Ishaan and Siddhant will be seen in a film together. Directed by Gurmeet Singh, the film is being produced by Ritesh Sidhwani and Farhan Akhtar.

Although not much is known about the film, pictures and videos of the actors from the sets of the film have raised the excitement level amongst the fans.
Meanwhile, on the work front, Siddhant was last seen in ‘Bunty Aur Babli 2’ co-starring Rani Mukerji, Saif Ali Khan and Sharvari Wagh in lead roles. The movie received mixed reviews from the audience and the critics alike. Next, he will be seen in Shakun Batra’s untitled film that also stars Deepika Padukone and Ananya Panday in lead roles.
Katrina, on the other hand, has ‘Tiger 3‘ in her kitty which stars Salman Khan and Emraan Hashmi in lead roles. Apart from this, she has also been roped in for Ali Abbas Zafar’s superhero series.

The actress is also all over the news for her impending wedding with Vicky Kaushal in December. ETimes was the first to inform you about their big wedding plans. The couple has chosen Rajasthan as their wedding venue and the bride and groom will be wearing Sabyasachi outfits for their big day.

Divya Khosla: Today it is all about hype

Vicky-Kat to be set up in royal suites: Report