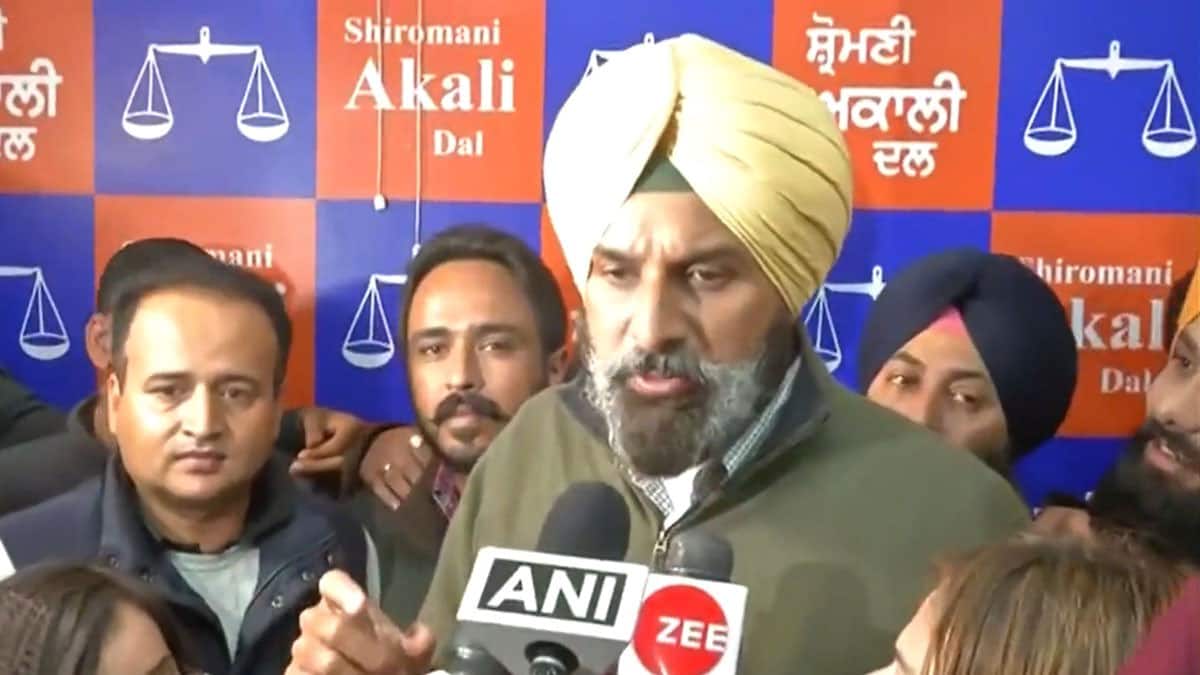 Taking a jibe at Punjab Congress Chief Navjot Singh Sidhu, Majithia questioned, “Have you ever heard of the news of the PCC being stuck on a road for 20 minutes?” “It`s not about PM Modi alone. It`s about the Prime Minister`s chair. It`s a constitutional post. The most protected person is the Prime Minister of the country. You have created a mockery of it in the whole world only because of your politics,” Majithia said.

#WATCH | Punjab: On breach in the PM’s security, SAD leader Bikram Singh Majithia says, “The CM was never stopped for 20 minutes anywhere. If roads could be cleared for the CM, why not for the PM? Because a plan was made in the chief minister’s office to embarrass the PM & BJP.” pic.twitter.com/d3TbH5zIsx

The SAD leader urged for nabbing of culprits involved in “planning and plotting” the incident, which he alleged was done in the office of the chief minister and PCC involving the state`s home minister.

The Prime Minister`s convoy was stuck on a flyover for 15-20 minutes on January 5 due to road blockage by some protestors about 30 km away from the National Martyrs Memorial in Hussainiwala.

The Prime Minister was to visit Ferozepur and lay the foundation stone of multiple development projects worth more than Rs 42,750 crore. After the security lapse, he decided to head back to Bathinda Airport. Union Home Ministry has sought a report from the Punjab Government on the security breach during the Prime Minister`s visit to Punjab on Wednesday.

Meanwhile, Majithia was granted interim bail by Punjab and Haryana High Court on Monday. The SAD leader who previously served as a minister in the Punjab government was booked under the Narcotic Drugs and Psychotropic Substances (NDPS) Act Act on the basis of a 2018 report submitted by the anti-drug Special Task Force (STF).