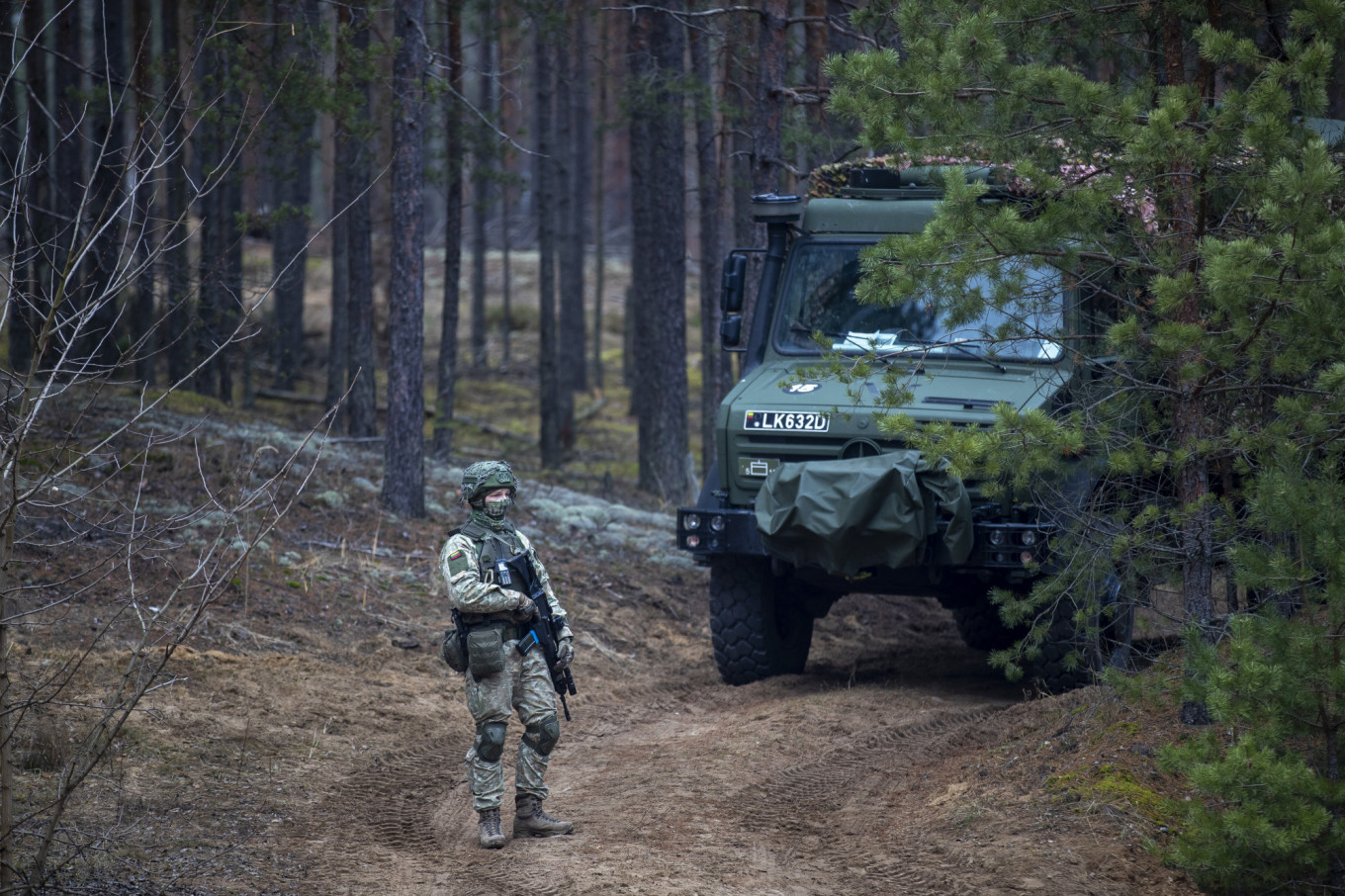 Dozens of migrants have been detained after crossing into Poland from Belarus, Warsaw said on Sunday, warning of a possible larger breakthrough ahead of an EU meeting to widen sanctions on Belarus.

Police said on Twitter that 50 migrants had crossed the heavily guarded EU and NATO border near the village of Starzyna “by force” on Saturday.

They were all later detained, the border guard said, adding that they could see signs across the barbed wire on the Belarusian side of “a bigger attempt at crossing the border today.”

Thousands of migrants from the Middle East are camped out on the EU-Belarus border, creating a stand-off between the EU and U.S. on one side and Belarus and its ally Russia on the other.

Western countries accuse Belarusian President Alexander Lukashenko’s regime of engineering the crisis by encouraging migrants to come to Belarus and then taking them to the border.

Belarus denies the charges and blames the West.

“If someone thinks that Lukashenko or Belarusians will flinch, then this will not happen,” Lukashenko, referring to himself in the third person, said in an interview with a Russian defence journal released on Saturday.

Aid agencies say at least 10 migrants have died so far and have warned of a humanitarian crisis unfolding as temperatures drop below freezing, urging a de-escalation to help the migrants.

In the biggest camp, near the village of Bruzgi in Belarus, Belarusian authorities say there are 2,000 people, including pregnant women and children.

Belarusian authorities have delivered aid including tents and heaters — a move that could make the camp a semi-permanent presence on the EU’s eastern border.

Poland has refused to allow the migrants in and has accused Belarus of preventing them from leaving.

Interior Minister Mariusz Kaminski on Saturday said a rumour was being spread among the migrants that on Monday Poland would allow them through and coaches would come from Germany to pick them up.

“A provocation is being prepared,” Kaminski said.

The government has sent a text message to all foreign mobile phones along the border saying: “It’s a total lie and nonsense! Poland will continue to protect its border with Belarus.”

“Those who spread such rumours seek to encourage the migrants to storm the border,” the text message reads.

‘Lukashenko got it wrong’

EU foreign ministers are also due to meet on Monday to widen the sanctions already imposed on Belarus for its crackdown on opponents of Lukashenko, who has ruled the country for nearly 30 years.

EU foreign policy chief Josep Borrell said ministers would allow sanctions on anyone “taking part in the trafficking of migrants” in Belarus, including airlines, travel agencies and officials.

“Lukashenko got it wrong. He thought that by acting in this way he would twist our arm and force us to cancel the sanctions. The opposite is happening,” Borrell told Journal du Dimanche, a French weekly.

Polish Prime Minister Mateusz Morawiecki said one of the measures being envisaged was the “complete closure of the border to cut off the regime from any economic benefits.”

Speaking to Poland’s PAP news agency, Morawiecki said that the whole of the EU “should contribute jointly” to a Polish project to build a wall along the border.

Britain, which has sent around 10 soldiers to Poland to help strengthen the border fence, on Sunday voiced support for Poland and urged Russian President Vladimir Putin to intervene.

“Russia has a clear responsibility here. It must press the Belarusian authorities to end the crisis,” British Foreign Secretary Liz Truss wrote in the Sunday Telegraph.

One of the routes taken by the migrants has been through Turkey, which has flights to Belarus.