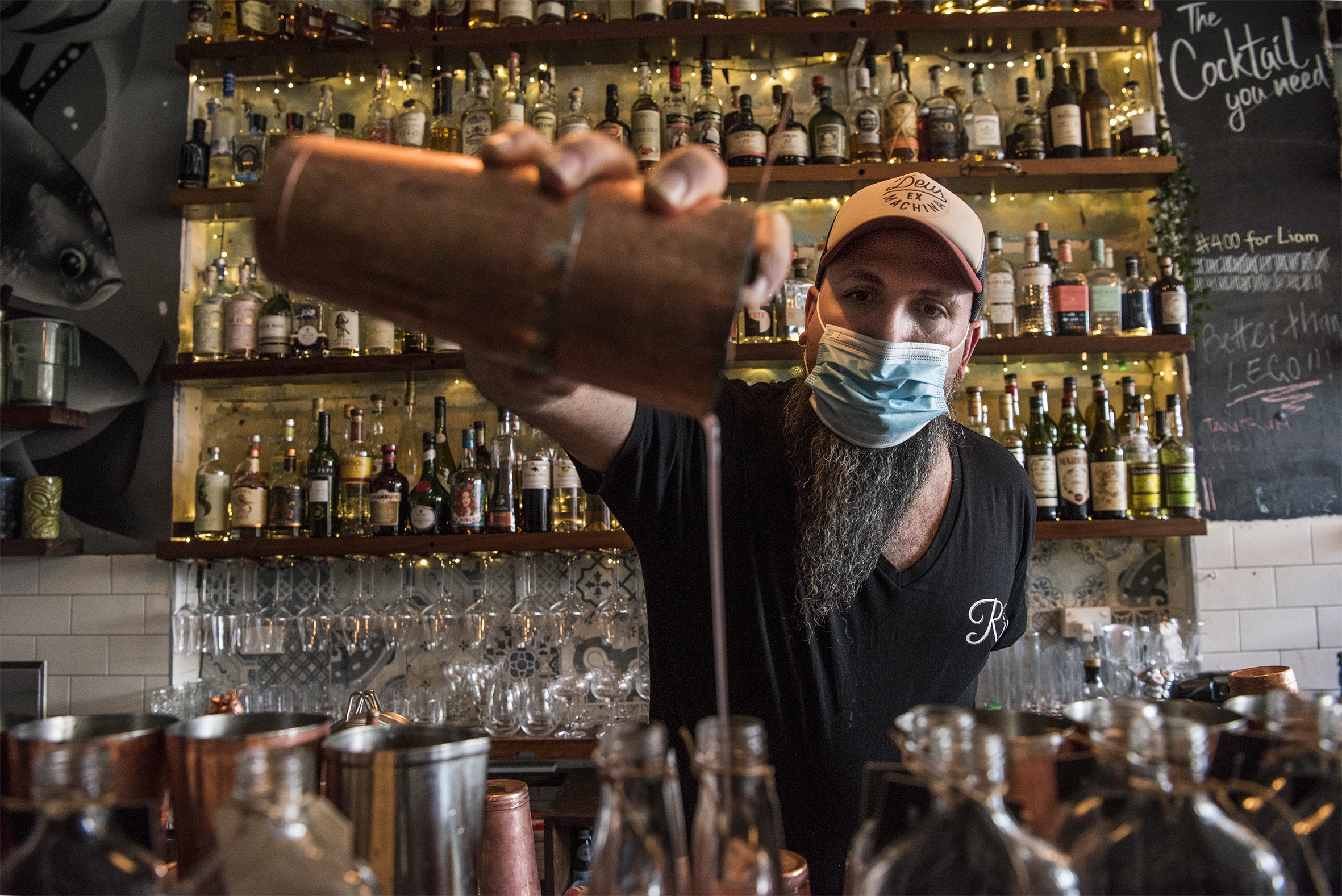 A visit to the pub could be just weeks away for fully vaccinated people in certain Sydney suburbs.

Vaccine passport technology linked to the Service NSW app will be trialled in early October, but it comes with a catch.

Pubs will only be initially opened in areas where vaccination rates are high and COVID-19 case numbers are low, 9News can confirm.

Other things on the cards for people who are fully-vaccinated in October include the re-opening of hairdressers and barbers, and sporting events with crowds.

But Sydney’s west and south-west will miss out on the trial, with the government arguing the technology needs to be tested before it’s rolled out more broadly when vaccinations hit 70 per cent double dose.

“It makes sense to trial new technology especially in the environment it will be used it… in this case pubs,” John Green from the Australian Hotels Association (AHA) told 9News.

“It makes sense to put it into play… see how it works and then everyone benefits.”

Pubs could open early in suburbs like Mosman which has just six active cases and where 81.2 per cent of residents have had their first dose of the vaccine.

In North Sydney, there are 12 active cases and 72.9 per cent of people have had their first shot.

Hunters Hill has 21 cases and 77.5 per cent people with one dose, Ku-ring-gai has 24 cases with 86.9 per cent of people having their first dose.

But there are concerns that unlocking parts of the city will further divide people in Sydney’s various suburbs.

“You can’t have a situation where one third of Sydney is under curfew but you can go and get a rose on the northern beaches and north shore it’s just not fair,” NSW Opposition Leader Chris Minns said.

Those LGA’s in hot zones are also subject to curfews, a measure Deputy Premier John Barilaro admits have been a complete waste of time.

“I mean, the reality that we went down the curfew model for south-west and western NSW (Sydney) is because there was a lot of media push — and I can get away with saying that.”

PM Modi to bring home 157 artefacts handed over by US