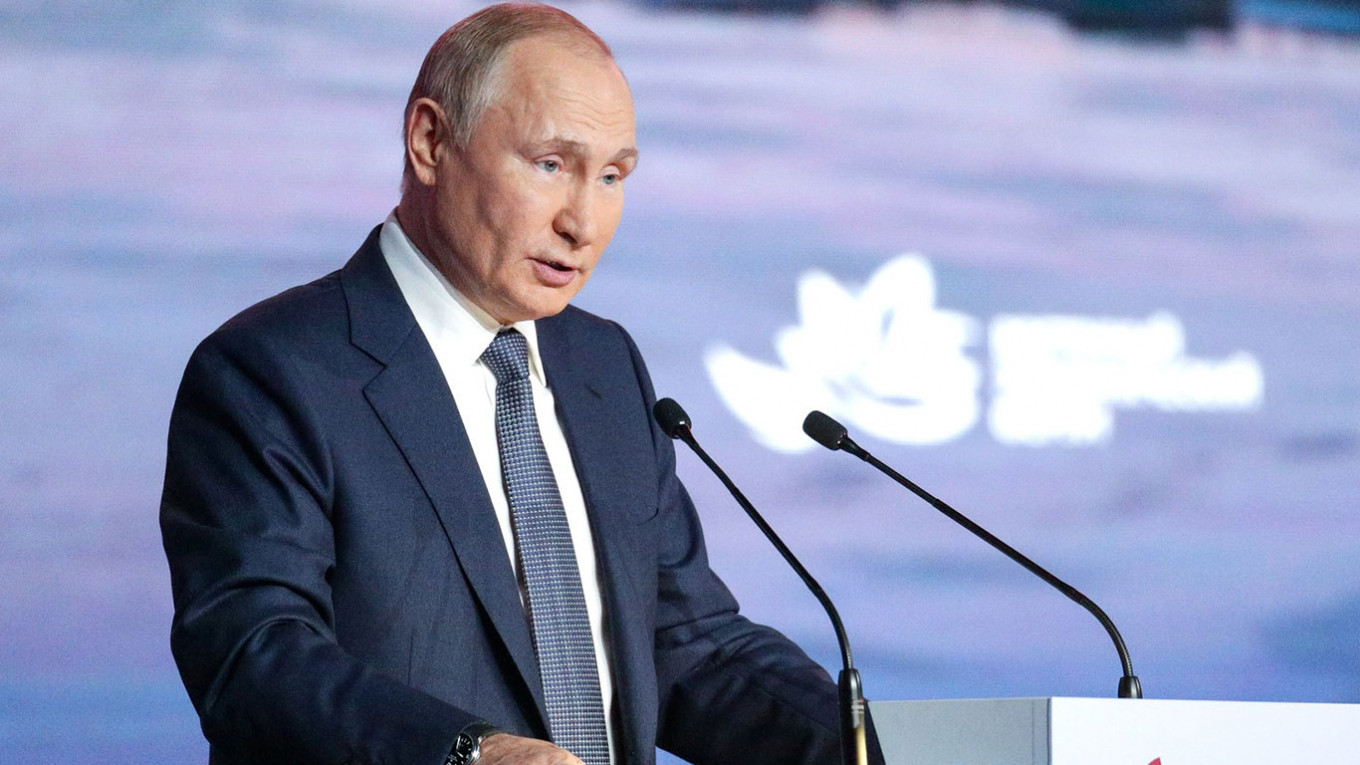 Russian President Vladimir Putin said Friday he hopes the Taliban will behave in a “civilized” manner in Afghanistan so the global community can maintain diplomatic ties with Kabul.

“Russia is not interested in the disintegration of Afghanistan. If this happens, then there will be no one to talk to,” Putin said.

He was speaking at the plenary session of the Eastern Economic Forum in Russia’s far eastern city of Vladivostok.

“The sooner the Taliban will enter the family of civilized people, so to speak, the easier it will be to contact, communicate, and somehow influence and ask questions,” he added.

The longtime Russian leader said the withdrawal of U.S.-led forces from Afghanistan completed last month had ended in “catastrophe.”

“They spent $1.5 trillion on this whole campaign and what is the result? There isn’t any,” Putin said.

Russia has treaded carefully in its dealings with the militant group that swept to power in Afghanistan this summer.

Russia’s ambassador in Kabul met with representatives of the Taliban several days after the takeover and said Moscow will maintain its embassy in the country.

Last week, Russia started evacuating its citizens and those of several ex-Soviet states as the security situation in the country worsened.

Russia has warned about extremist groups using the political turmoil to enter neighboring countries as refugees.

The Taliban is a terrorist organization banned in Russia.

Biden hails end of ‘relentless war’ in first UN speech, but vows to focus on ‘Indo-Pacific’ amid tensions with China

Women from 13 South Asian nations to discuss rights, gender equality among other issues