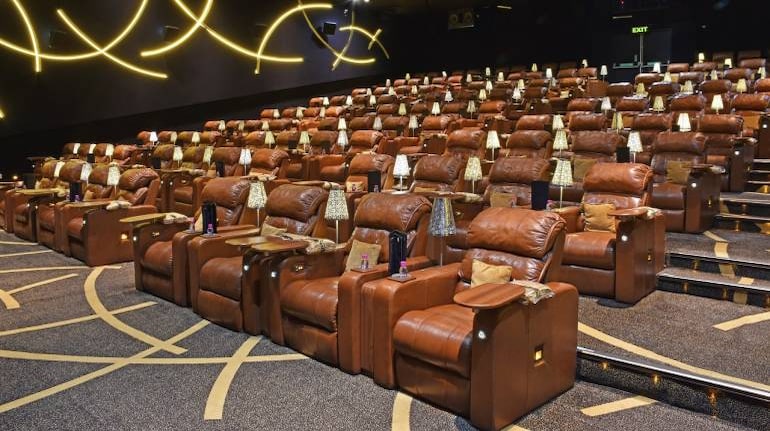 NODWIN Gaming is an esports company that has produced over 10,000 hours of gaming content with over 200 million viewers worldwide. The company has presence in markets including South Asia, Middle East, Africa. It has also organized over 100 gaming and esports events.

“There is lot of crossover between gaming and movie going. We want to broaden our customer base and attract some gamers who otherwise don’t come to cinemas. With that backdrop, we have decided to bring esports to PVR theatres. We are running a pilot in four cities including Gurugram, followed by Indore, Hyderabad and Mumbai, and each city will have its own competition,” Kamal Gianchandani, chief of strategy, PVR Ltd, told Moneycontrol.

Esports on the silver screen

He added that Gurugram’s competition has already started, culminating with the finals on October 7, he said.

“PVR wants to participate in the gaming ecosystem and the goal is to take esports mainstream. Unlike western developed markets, we don’t have gaming arenas, we don’t have stadium infrastructure for gaming. So cinemas with sound systems, big screens become viable for exhibiting esports,” said Gianchandani.

Ticket prices for the esports tournaments at PVR properties will be in the range of Rs 150-200 and will be available on the PVR app, website, BookMyShow and Paytm.

While esports is a growing segment, will the joint deal between PVR and Nazara’s NODWIN to screen esports in theatres find takers?

Takers for esports on big screen

“Over the last couple of years, viewership has drastically increased from a couple of thousands to millions via digital streaming platforms thanks to esports game titles on mobile and the internet. As a fan, I would always love to watch tournaments on a big screen just like any other sport,” said Lokesh Suji, director, Esports Federation of India and vice-president of the Asian Esports Federation (AESF).

Suji added that esports being shown on the silver screen will give people a better understanding of what esports really is. “It will also help in more sponsors getting involved; the industry will grow,” he said.

Gianchandani agreed that there was a big number of takers for esports on the big screen.

“We have been getting this feedback on social media platforms from customers asking when we would be bringing gaming to PVR cinemas.

With COVID as a backdrop, cinemas were shut in 2020. For a lot of cinemas, when they reopened, there was not enough content in terms of movies because studios were holding back… And this accelerated the whole process in bringing esports to cinemas.”

He noted that cinema chains in South Korea experimented and brought esports to theatres and it clicked.

Esports is niche in India

Although the big screen experience may attract esports fans to theatres, analyst Karan Taurani, senior vice-president, Elara Capital, said it is too early to understand its impact.

“Esports is a new offering so we don’t know where things are going because the market itself is niche,” he said.

“Esports is a 10-year story (in India) because in India console gaming penetration is very low. So countries where esports has done well is the countries like China, Korea, the US, UK where the console penetration is high,?” added Taurani.

China, one of the hotspots for esports, reported a market size of $385 million last year.

Taurani also pointed out that India is more of a mobile gaming market. “So esports itself is primitive and people going to locations to see esports that is very long-term story,” he said.

At the same time, he thinks bringing esports to the big screen is an innovation and it can augur well in the longer term for PVR.

Betting big on esports, the multiplex operator has signed a long-term relationship with NODWIN and Nazara Technologies, said Gianchandani.

“Our goal is to take this property pan-India on the lines of IPL (Indian Premier League), turn this into a recurring property and have a season every year.”

PVR is also looking to offer sponsorship opportunities to advertisers and also look at the potential of licensing streaming and broadcasting rights.

But Gianchandani said that currently the focus is on collecting information, knowledge and customer feedback “so that it resonates in big as well as smaller cities”.

Ensure no safe havens anywhere for those who betray India: PM Modi