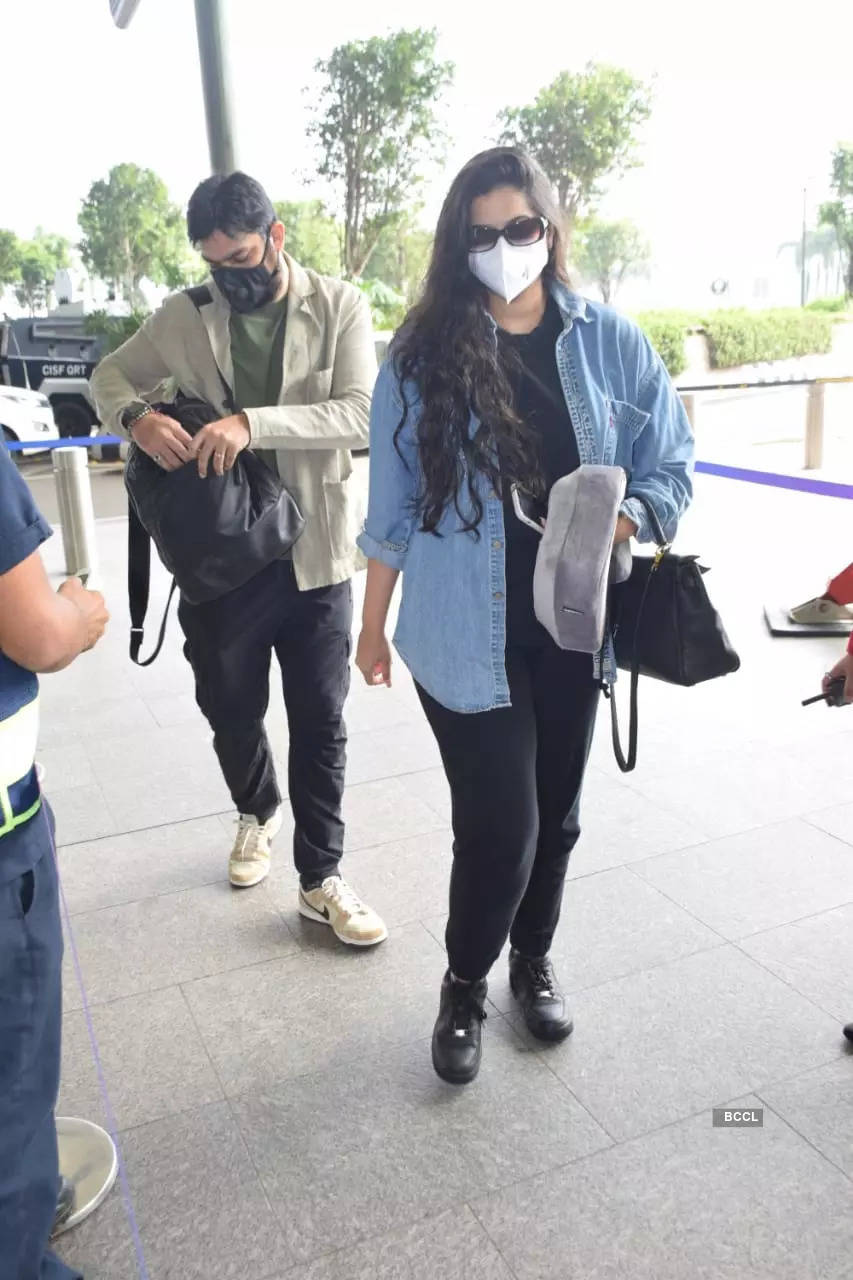 Days after tying the knot in a private at-home wedding, Anil Kapoor’s daughter Rhea Kapoor and her husband Karan Boolani were snapping flying out of Mumbai. On Sunday morning, the newlywed kept cameras busy at the airport as they seemingly jetted off to an unknown destination for their honeymoon reportedly.
Dressed in a casual all-black look, Rhea sported a denim jacket with a white face mask. Karan, on the other hand, kept his airport look fuss-free. Have a look: 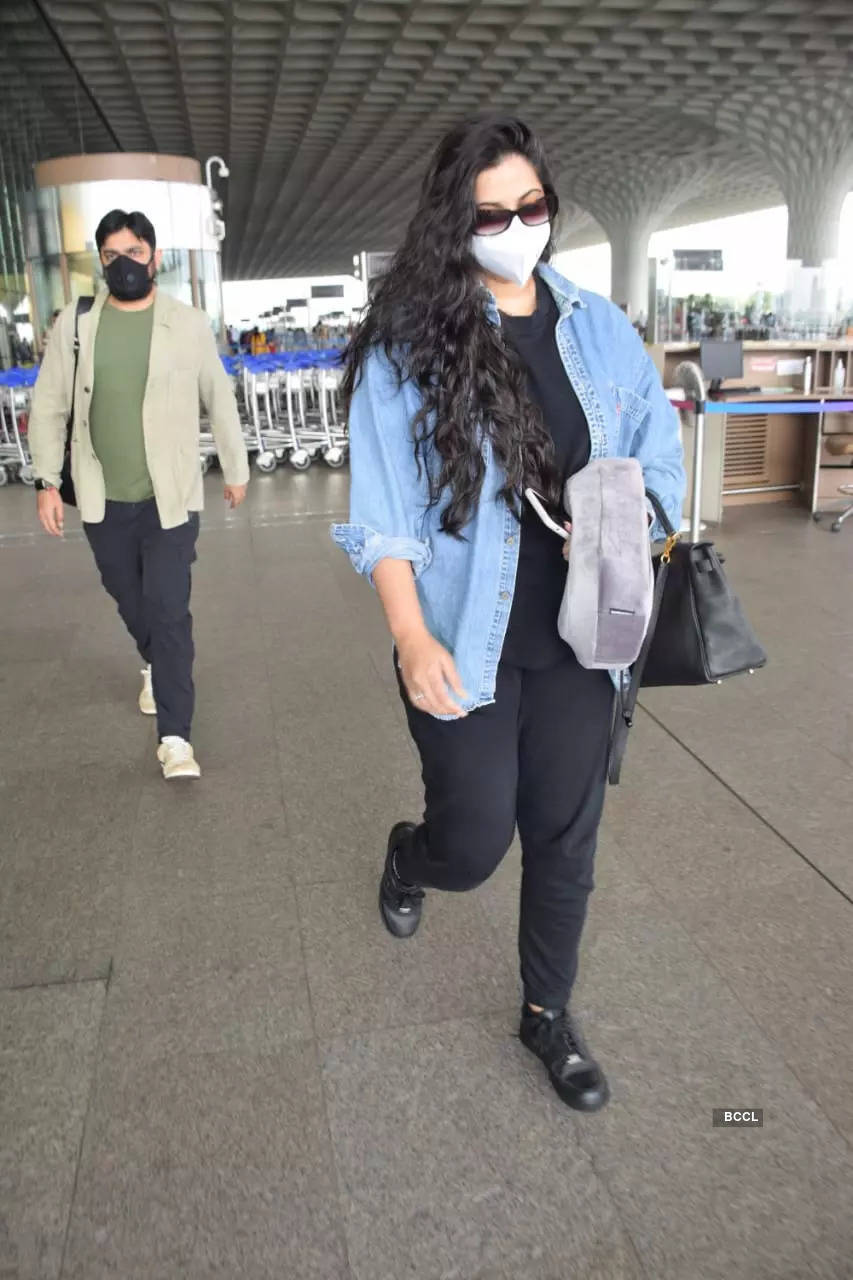 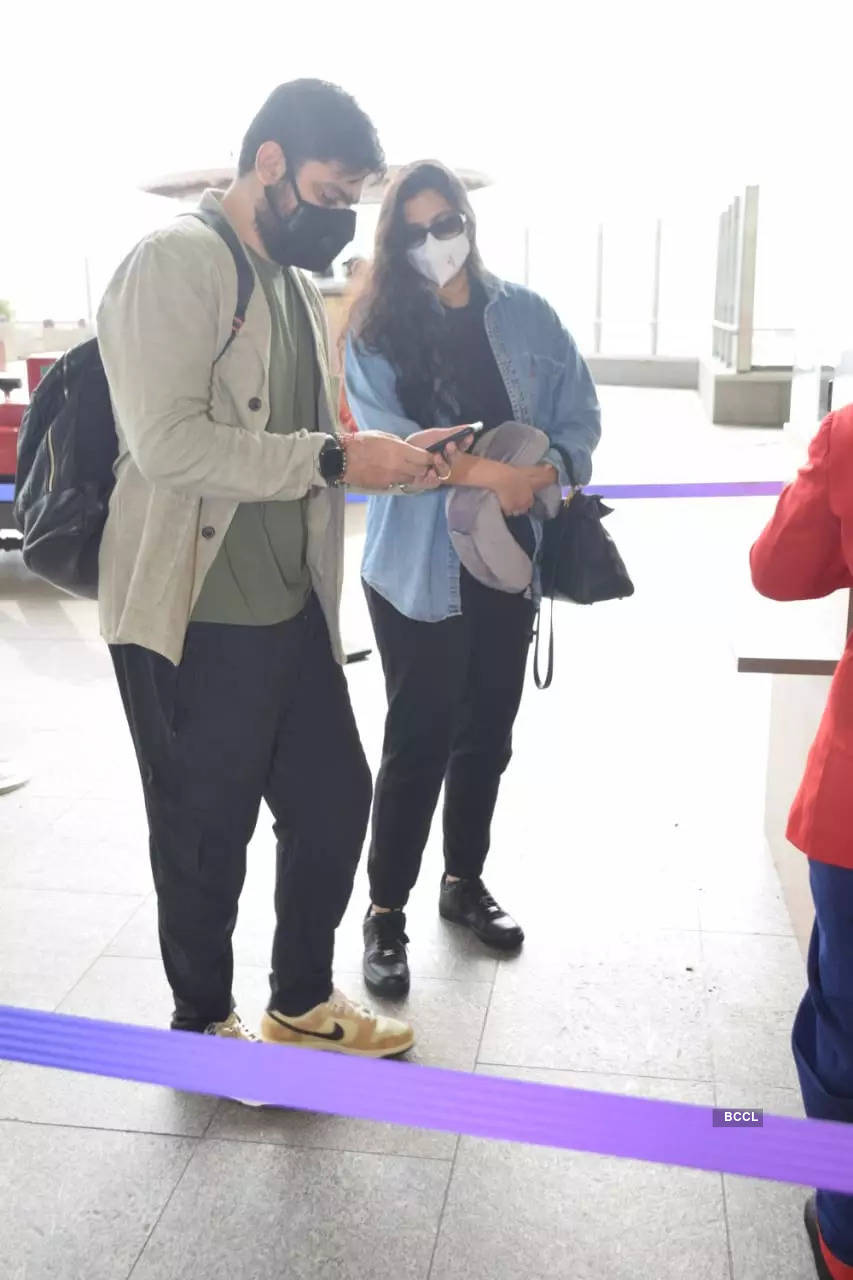 Anil Kapoor’s daughter Rhea Kapoor got married to her longtime boyfriend-filmmaker Karan Boolani on August 14 in a private ceremony. The wedding was held at Anil Kapoor’s Juhu residence as she always dreamt of having her wedding in the living room of her house.

Keeping it a low-key affair, the wedding was attended by close friends and family members. A day after their wedding, Anil Kapoor hosted a reception dinner for the newlyweds and the pictures and videos of the same went viral on social media.

Meanwhile, Rhea and Karan made their wedding official by posting dreamy pictures from the ceremony. The producer also penned a long note for her man that read, “12 years later, I shouldn’t have been nervous or overwhelmed because you’re my best friend and the best guy ever. But I cried and shook and had stomach flips all the way through because I didn’t know how humbling the experience would be. I’ll always be that girl who had to come home to juhu at 11 pm before my parents fell asleep. Only until now I didn’t know how lucky I was to feel torn. I hope we make a family so close that we have many, many loves of our life. Mine are @karanboolani @anilskapoor @kapoor.sunita @sonamkapoor and @harshvarrdhankapoor forever more. ️”