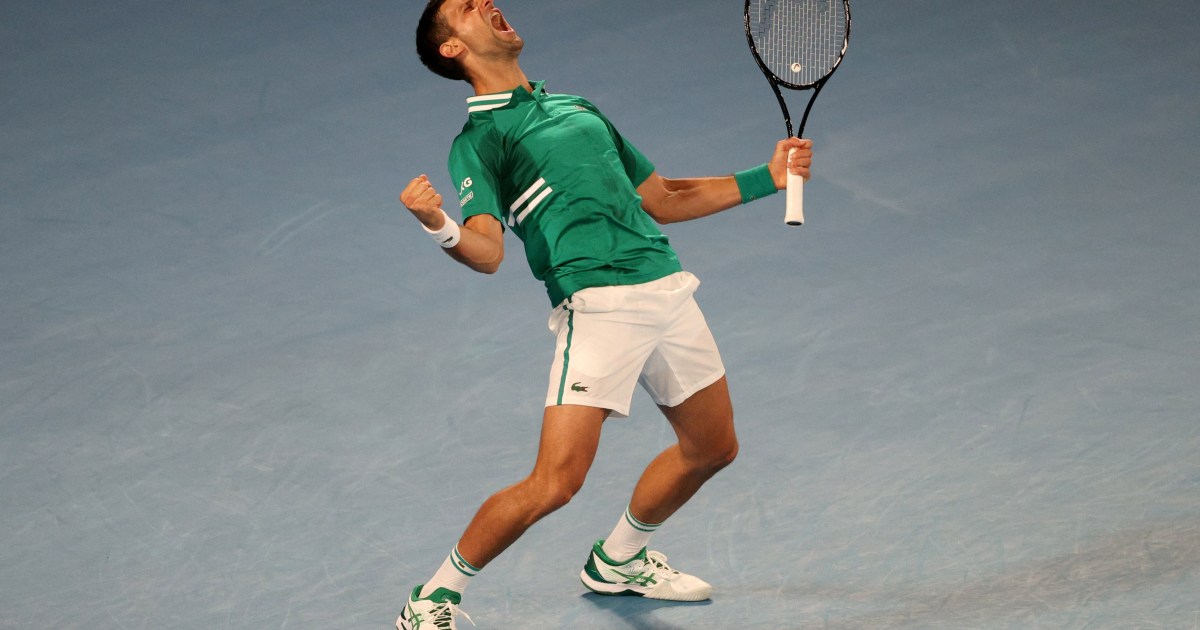 Djokovic landed in Melbourne late on Wednesday and said he had obtained a medical exemption to COVID-19 vaccination in order to play in the upcoming Australian Open tournament.

But in a statement on Thursday, the Australian Border Force (ABF) said “Mr Djokovic failed to provide appropriate evidence to meet the entry requirements to Australia, and his visa has been subsequently cancelled”.

The Reuters news agency reported that Djokovic had filed an injunction to remain in the country.

“Rules are rules, especially when it comes to our borders. No one is above these rules. Our strong border policies have been critical to Australia having one of the lowest death rates in the world from COVID, we are continuing to be vigilant,” he said.

Australia has imposed strict measures to combat COVID-19, including requiring full vaccination for people coming into the country. The government allows vaccination exemptions for “medical reasons“.

Many Australians had voiced anger that the unvaccinated player had gotten a visa to play in the Grand Slam tournament, prompting Morrison to promise to deport Djokovic if he did not provide sufficient evidence to support the exemption.

“There should be no special rules for Novak Djokovic at all. None whatsoever,” the prime minister said during a news conference on Wednesday.

In a dramatic series of events through the Melbourne night, Djokovic touched down at Tullamarine Airport at approximately 11:30pm local time on Wednesday after a 14-hour flight from Dubai, but was ushered into an isolation room under police guard when Australian officials said that his visa did not allow for medical exemptions.

Djokovic’s arrival had sparked confusion, with the government for the state of Victoria, which includes Melbourne, saying it would not support his visa application.

“While the Victorian government and Tennis Australia may permit a non-vaccinated player to compete in the Australian Open, it is the Commonwealth government that will enforce our requirements at the Australian border,” Andrews said. “If an arriving individual is not vaccinated, they must provide acceptable proof that they cannot be vaccinated for medical reasons to be able to access the same travel arrangement as fully vaccinated travellers.”

The move by the Australian government threatens to cause a diplomatic incident between Canberra and Belgrade.

“I told our Novak that the whole of Serbia is with him and that our bodies are doing everything to see that the harassment of the world’s best tennis player is brought to an end immediately,” Vucic said in a statement on Wednesday.

Vucic had summoned the Australian ambassador in Belgrade and demanded that they immediately release Djokovic to play, Serbian media reported.