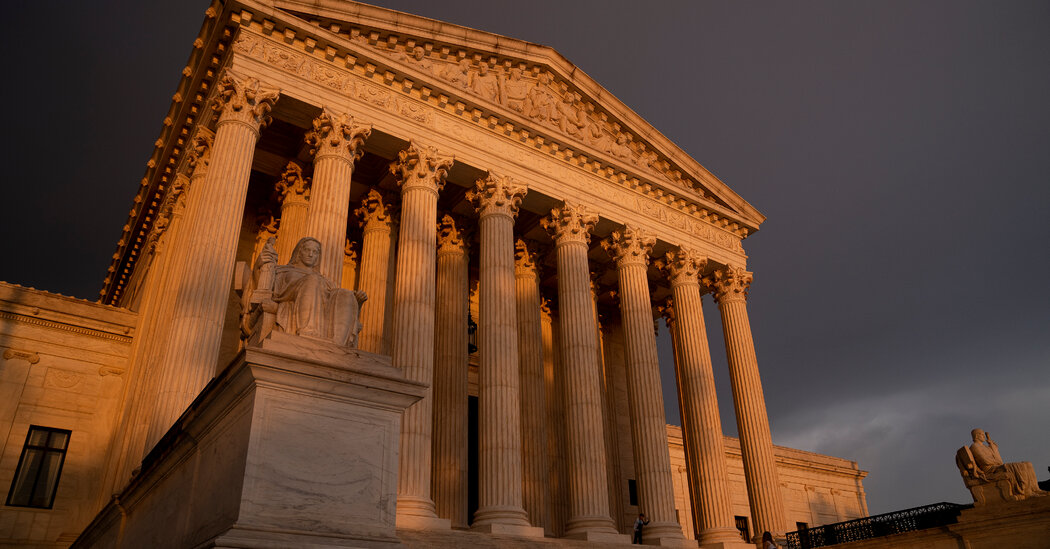 The Supreme Court opinion allowing Texas to ban nearly all abortions was different from most major rulings by the court.

This one came out shortly before midnight on Wednesday. It consisted of a single paragraph, not signed by the justices who voted for it and lacking the usual detailed explanation of their reasoning. And there had been no oral arguments, during which opposing lawyers could have made their cases and answered questions from the justices.

Shadow-docket rulings have shaped policy on voting rights, climate change, birth control, Covid-19 restrictions and more. Last month, the justices issued shadow decisions forcing the Biden administration to end its eviction moratorium and to reinstate a Trump administration immigration policy. “The cases affect us at least as much as high-profile cases we devote so much attention to,” Stephen Vladeck, a University of Texas law professor, told me.

Shadow-docket cases are frequently those with urgency — such as a voting case that must be decided in the final weeks before an election. As a result, the justices don’t always have time to solicit briefs, hold oral arguments and spend months grappling with their decision. Doing so can risk irreparable harm to one side in the case.

For these reasons, nobody questions the need for the court to issue some expedited, bare-bones rulings. But many legal experts are worried about how big the shadow docket has grown, including in cases that the Supreme Court could have decided in a more traditional way.

“Shadow docket orders were once a tool the court used to dispense with unremarkable and legally unambiguous matters,” Moira Donegan wrote in The Guardian. “In recent years the court has largely dispensed with any meaningful application of the irreparable harm standard.”

Why the shadow docket has grown

Why have the justices expanded the shadow docket?

In part, it is a response to a newfound willingness by lower courts to issue decisions that apply to the entire country, as my colleague Charlie Savage explains. By acting quickly, the Supreme Court can retain its dominant role.

But there is also a political angle. Shadow-docket cases can let the court act quickly and also shield individual justices from criticism: In the latest abortion case, there is no signed opinion for legal scholars to pick apart, and no single justice is personally associated with the virtual end of legal abortion in Texas. The only reason that the public knows the precise vote — 5 to 4 — is that the four justices in the minority each chose to release a signed dissent.

Critics argue that judges in a democracy owe the public more transparency. “This idea of unexplained, unreasoned court orders seems so contrary to what courts are supposed to be all about,” Nicholas Stephanopoulos, a Harvard law professor, has said. “If courts don’t have to defend their decisions, then they’re just acts of will, of power.”

During a House hearing on the shadow docket in February, members of both parties criticized its growth. “Knowing why the justices selected certain cases, how each of them voted, and their reasoning is indispensable to the public’s trust in the court’s integrity,” Representative Henry Johnson Jr., a Georgia Democrat, said. Representative Louie Gohmert, a Texas Republican, said, “I am a big fan of judges and justices making clear who’s making the decision, and I would welcome reforms that required that.”

The shadow docket also leaves lower-court judges unsure about what exactly the Supreme Court has decided and how to decide similar cases they later hear. “Because the lower-court judges don’t know why the Supreme Court does what it does, they sometimes divide sharply when forced to interpret the court’s nonpronouncements,” writes William Baude, a University of Chicago law professor and former clerk for Chief Justice John Roberts. Baude coined the term “shadow docket.”

The court’s six Republican-appointed justices are driving the growth of the shadow docket, and it is consistent with their overall approach to the law. They are often (though not always) willing to be aggressive, overturning longstanding precedents, in campaign finance, election law, business regulation and other areas. The shadow docket expands their ability to shape American society.

The three Democratic-appointed justices, for their part, have grown frustrated by the trend. In her dissent this week, Justice Elena Kagan wrote, “The majority’s decision is emblematic of too much of this court’s shadow-docket decision making — which every day becomes more unreasoned, inconsistent and impossible to defend.” In an interview with my colleague Adam Liptak last week, Justice Stephen Breyer said: “I can’t say never decide a shadow-docket thing. … But be careful.”

Roberts also evidently disagrees with the use of the shadow docket in the Texas abortion case. In his dissent, joining the three liberal justices, he said the court could instead have blocked the Texas law while it made its way through the courts. That the court chose another path means that abortion is now all but illegal in the nation’s second-largest state.

The justices are likely to settle the question in a more lasting way next year. They will hear oral arguments this fall in a Mississippi abortion case — the more traditional kind, outside the shadows — and a decision is likely by June.

For more on the Texas abortion law:

Highlights from the Paralympics

The Tokyo Paralympics wrap up this weekend, and these Games have almost certainly been the most-watched version. NBC aired about 1,200 hours of coverage, compared with 70 hours in 2016 and five-and-a-half in 2012. Some highlights:

Two athletes — Hossain Rasouli, a sprinter, and Zakia Khudadadi, a taekwondo fighter — escaped Afghanistan and got to Japan thanks to the aid of Australian troops, French diplomats and others.

Boccia is one of two sports with no Olympic equivalent. Similar to the lawn game bocce, competitors hurl balls as close as they can toward a target using their hands, feet or a ramp. (Here’s a video.)

In her first Paralympics, Morgan Stickney won gold in the 400-meter freestyle. She was an elite swimmer as a teenager who later lost her legs because of a medical condition.

For more, here are photos from the Games by Chang W. Lee, and the remaining broadcast schedule. — Tom Wright-Piersanti, Morning editor

The pangram from yesterday’s Spelling Bee was mothball. Here is today’s puzzle — or you can play online.

If you’re in the mood to play more, find all our games here.

Thanks for spending part of your morning with The Times. We are off on Monday for Labor Day. See you Tuesday. — David

P.S. The word “megarisks” — from a book about pandemics, climate change and the economy — appeared for the first time in The Times.