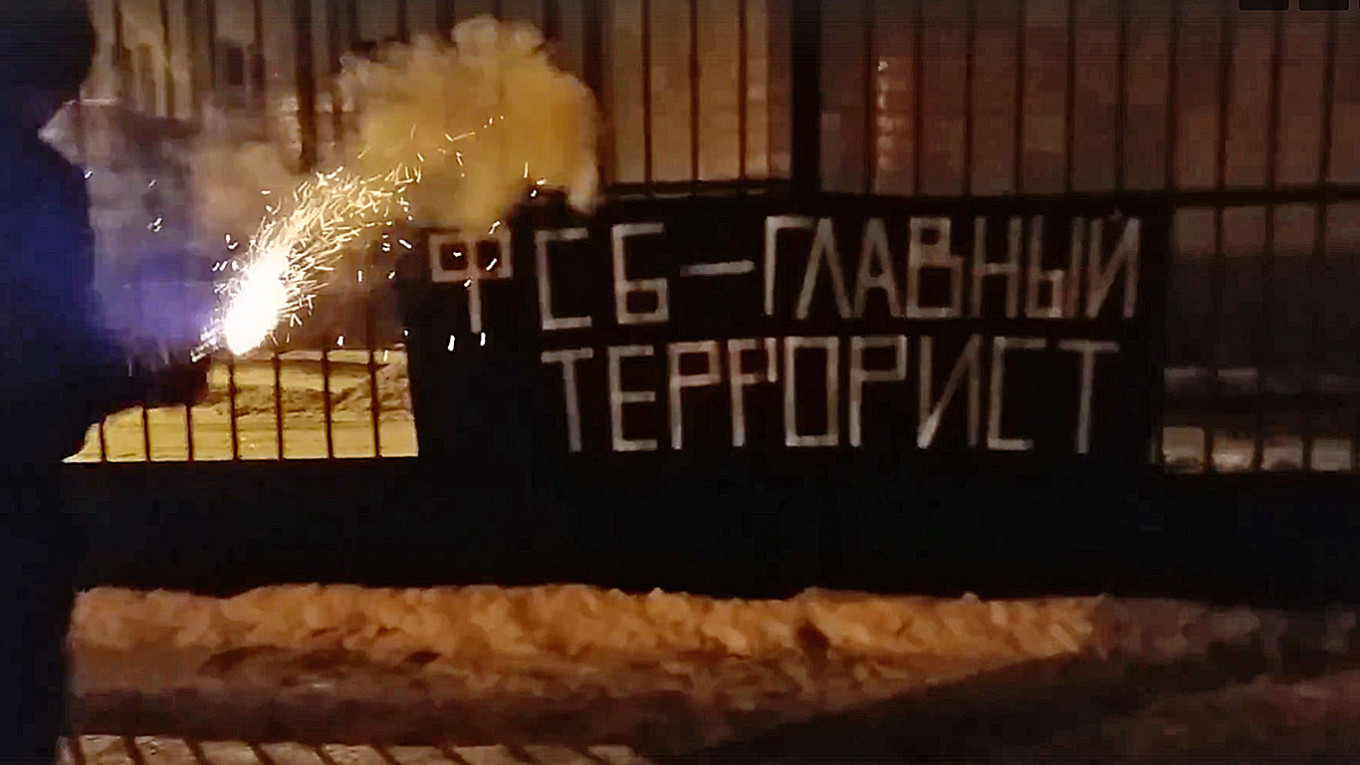 Dmitry Tsibukovsky and his wife Anastasia Safonova were detained in 2018 after hanging a banner that read “The FSB is the main terrorist” on the fence of the Chelyabinsk regional Federal Security Service (FSB) headquarters. The act was in support of members of the Set’ (“Network”) anti-fascist activist group who were jailed on terrorism charges that rights groups condemned as fabricated.

The Chelyabinsk Central Court in west-central Russia found the two guilty of hooliganism based on political hatred and enmity, sentencing Tsibukovsky to 2.5 years in prison and Safonova to 2 years, Chikov said, citing the couple’s lawyers.

Prosecutors had requested six-year sentences for both activists.

In 2018, Tsibukovsky told the independent OVD-Info police monitor that he had been beaten and tortured in the regional FSB building.

“In the process, they explained that they wanted to hear me confess to hanging the banner on the FSB building,” he said.

The case had previously been dropped twice for lack of corpus delicti, but was resumed.

NYC judge blocks school vaccine mandate as deadline looms, but city confident it ‘will be upheld’

‘One of the scariest KOs I’ve ever seen’: Fans watch in horror as boxer Castillo twitches on canvas after brutal knockout (VIDEO)

Russia-US strategic stability consultations to be held next week – Lavrov