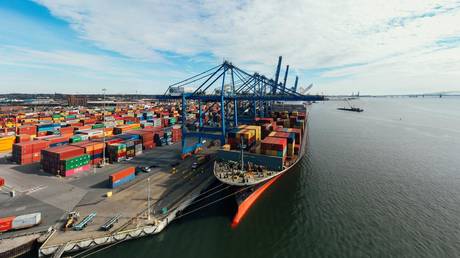 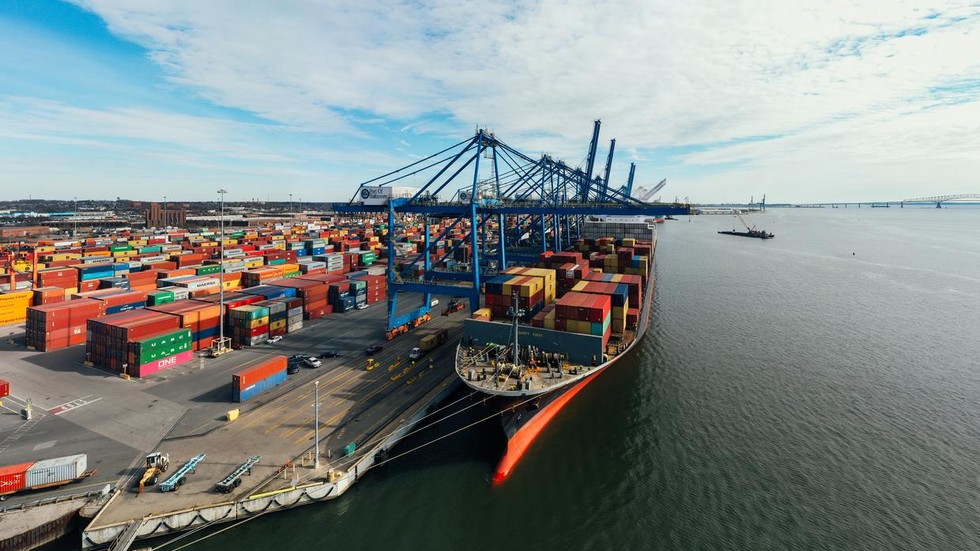 The cargo turnover of Russian seaports in January-August 2021 increased by 1.6% compared to the same period last year, amounting to 552.75 million tons, a report from the state water transport regulator reveals.

According to Rosmorrechflot, the total volume of dry cargo transshipment jumped by 5.8% to 274.15 million tons. However, total liquid cargo shipments fell by 2.2% compared to 2020, to 278.6 million tons.

Also on rt.com Russia wants to open its Arctic seas to international shipping

However, Arctic seaports showed a decrease of 1.9% and amounted to 62.48 million tons, due to a fall in liquid cargo shipments. The same can be said about the ports of the Caspian basin, where cargo turnover fell by a hefty 13.7% to a mere 4.83 million tons. The decrease was attributed to the continuing decline in dry cargo handling (down 31.9%), as well as a broader decrease in liquid cargo shipments.

Russia recently stepped up efforts to facilitate international cargo transportation, launching an upgrade to the Northern Sea Route, which passes through its Arctic waters. The country aims to turn it into an international transportation corridor, allowing all-season transfer of cargo through the Arctic. The move will require large investments, with the estimated cost of the project surpassing 716 billion rubles ($10 billion).

Apart from its sea routes, Russia is set on renovating the entire system of the country’s transport corridors by 2030, including the operating railway route, which includes the Baikal-Amur and Trans-Siberian Railways, and a motorway that will connect Russia’s border with Finland to Western Siberia.

NYC judge blocks school vaccine mandate as deadline looms, but city confident it ‘will be upheld’

‘One of the scariest KOs I’ve ever seen’: Fans watch in horror as boxer Castillo twitches on canvas after brutal knockout (VIDEO)

Russia-US strategic stability consultations to be held next week – Lavrov

Conduct study on success of children from Naxal-hit areas in national exams: Naveen Patnaik to Centre