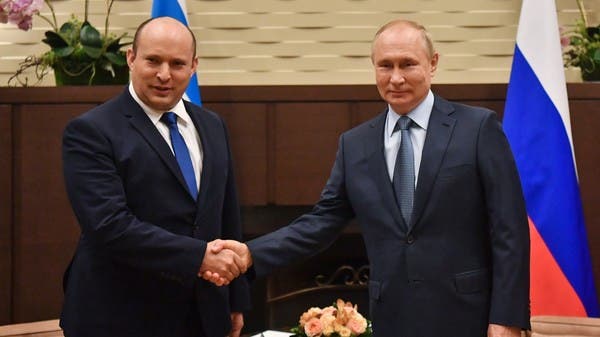 “Israeli officials say Putin wants Russian companies to get most of the big reconstruction projects in Syria, to boost both revenues and Russian influence in the Syrian economy,” Axios reported.

The US imposed tough sanctions on Syria under the Caesar Act during Donlad Trump’s presidency. Washington said the sanctions aimed to cut revenue for Syrian President Bashar al-Assad government.

The US sanctions can freeze the assets of anyone dealing with Syria and cover many sectors.

Putin told Bennett during their meeting in Sochi last Friday that “Russian companies are afraid to do business in Syria because they don’t want to be hit by US sanctions.”

The Russian president argued that the US sanctions on Syria enables Iran, which is also under US sanctions, to monopolize major projects in Syria, increasing Tehran’s influence in the country.

“The Russians seem to hope that the Israeli interest in weakening Iran’s hold in Syria will encourage Bennett’s government to push the Biden administration to ease the sanctions,” Axios reported.

US rules out normalizing with Syria’s Assad