Karisma Kapoor recently thanked brother-in-law Saif Ali Khan for a lovely gift of a framed picture of her with sister Kareena Kapoor Khan.
Taking to her Instagram handle, Karisma shared the picture of her gift from Saif. In the black and white picture, Karisma and Kareena are seen looking absolutely gorgeous as they posed for the camera while among CDs and other stationery items. 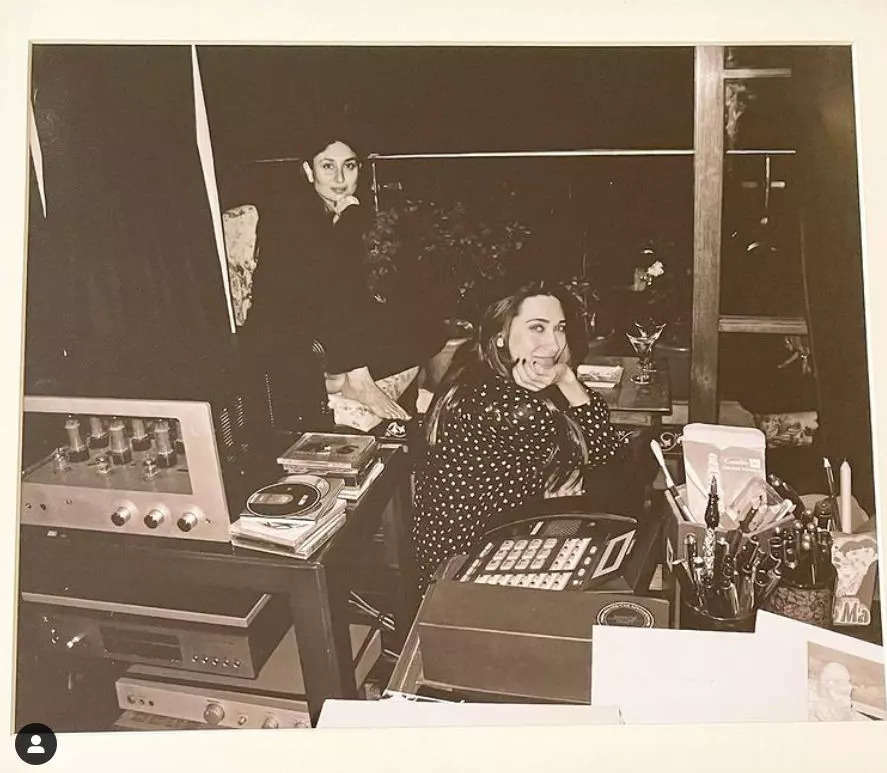 Karisma also thanked Saif for the wonderful memory. She wrote, ‘Thanks saifu for this wonderful memory, can’t wait to put it up love it #family #cherishedmoments #fortunenights #sistersarethebest.’
In a throwback interview with Simi Garewal, Kareena reportedly said that she has seen her sister Karisma Kapoor sit up for nights together with her mother Babita and cry. Apparently, people were trying to put her down at the work front. According to Kareena, Karisma was afraid she would never make it in Bollywood. Bebo revealed that she would hide behind and watch them as they would never want young Kareena to see them in pain.

Kareena also went on to reveal that as a child, she has gone through everything that her sister and mother went through. She also went on to say that all that has only made her stronger. Now, if someone tries to put her down, she knows how to fight them because she has seen her mother and sister go through that struggle.

Meanwhile, on the work front, Kareena has films like, ‘Laal Singh Chaddha’, ‘Takht’ and Hansal Mehta’s next.