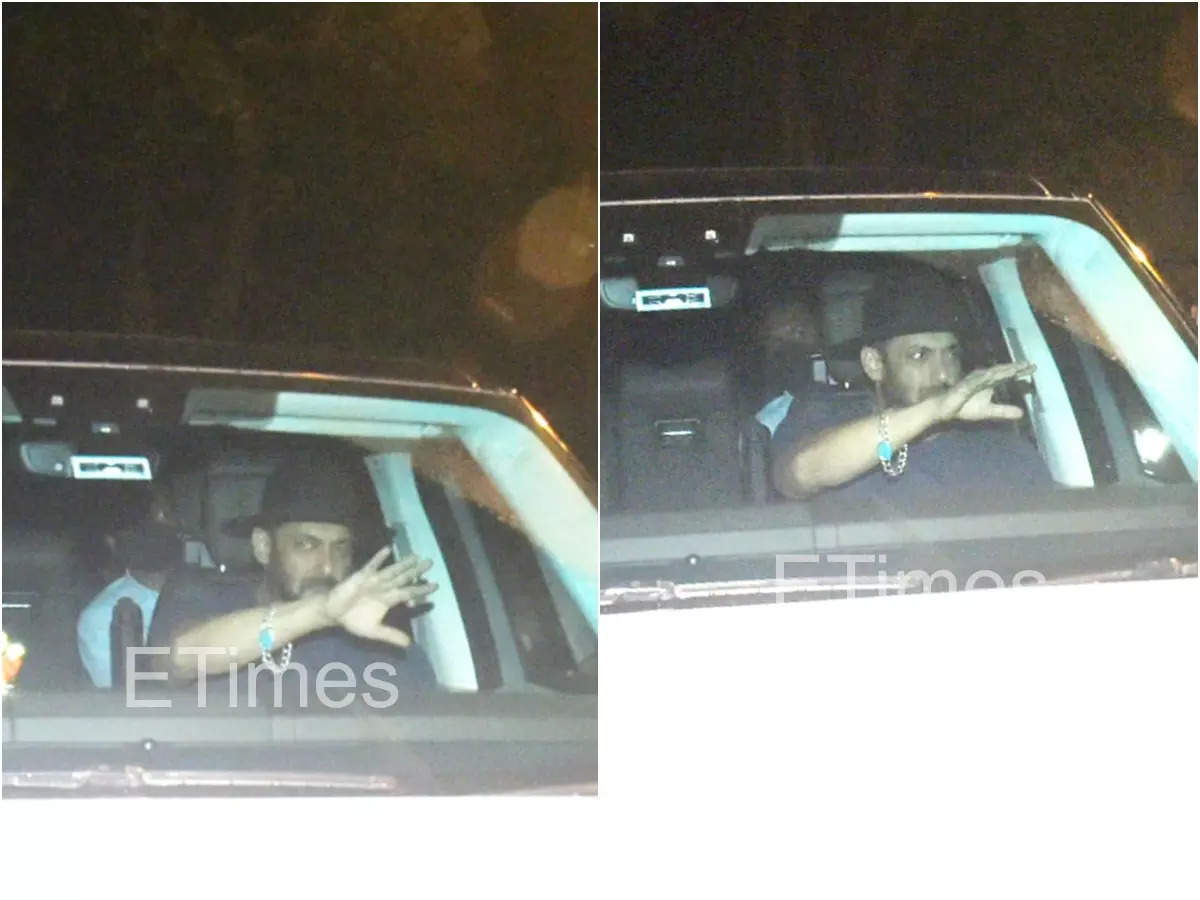 Aryan Khan, the son of Bollywood superstar Shah Rukh Khan, was on Sunday arrested by the Narcotics Control Bureau (NCB) on charges of consumption, sale, and purchase of narcotic drugs after a rave party was busted aboard a luxury cruise liner.
Now, SRK’s friend and superstar, Salman Khan arrived at his residence to pay him a visit. The actor wore a casual t-shirt and a black hat as he came to extend his support to Shah Rukh. After the meeting SRK for sometime, the ‘Wanted’ actor left the venue. Check out the photos here:

Earlier, actresses Pooja Bhatt and Suchitra Krishnamoorthi came out in support of the superstar amid his son’s arrest. Pooja Tweeted, “I stand in solidarity with you @iamsrk Not that you need it. But I do. This too, shall pass.”
Meanwhile, Suchitra posted, “For all those targetting #Bollywood remember all the #NCB raids on filmstars? Yes, nothing was found and nothing was proved. #Bollywood gawking is a tamasha. It’s the price of fame.” She added, “Nothing harder for a parent than seeing their child in distress. Prayers to all.”

Also, today at an event, Suniel Shetty was asked about Aryan’s arrest. To which he urged the media to give Aryan Khan an opportunity to breathe and allow the probe to take place. Here’s what he said:

Also, now we hear that the NCB has decided not to seek Aryan’s police custody furthermore. Reportedly, the NCB will not pursue the case any further. T20 World Cup: Haters, Shami is tougher than you think