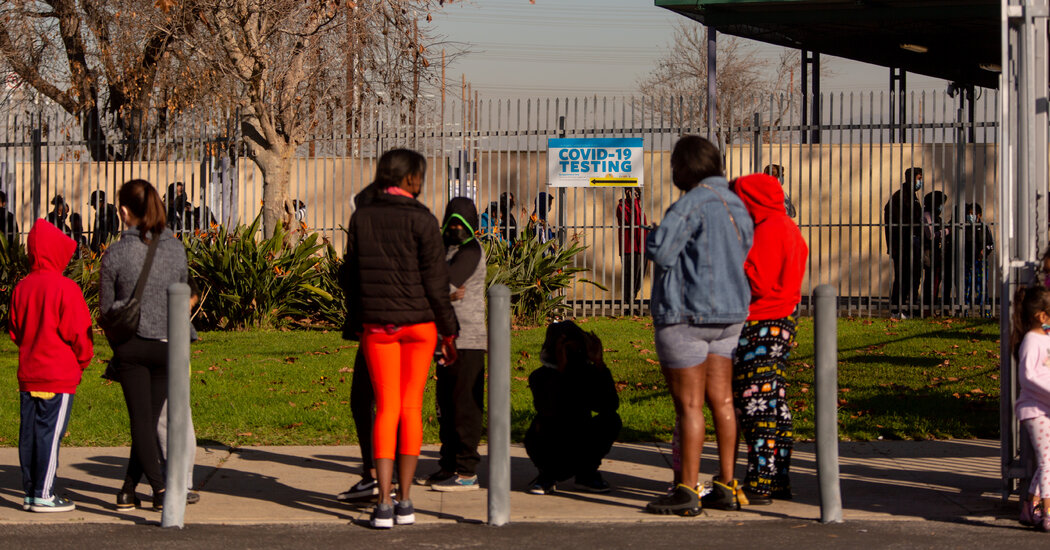 An Omicron-fueled surge of coronavirus cases sowed chaos across the United States this week, leaving employers and schools to wrestle with widespread disruptions caused by labor or testing shortages.

The issue has been particularly fraught at schools, just as tens of millions of students returned from winter break. Some of the nation’s largest school districts postponed their reopenings or switched to remote learning — in some cases issuing announcements the night before classes were set to resume, leaving parents scrambling to find alternative child care plans.

In many places, teachers’ unions are back at negotiating tables, pushing in some cases for a return to remote learning. The situation was especially tense in Chicago, the third-largest school district in the country. After two days of in-person classes, 73 percent of teachers voted to stop reporting to work, leading schools to shut down by Wednesday. The city responded by calling off school altogether, refusing the teachers’ call for remote teaching. The situation remained at a standstill on Friday, with no resolution in sight.

Earlier this week, President Biden, citing the lack of evidence that Omicron more severely impacts children, called for schools to remain open in the United States.

They have been in New York City, where Mayor Eric Adams has remained adamant that schools stay open, although a third of parents did not send their children to school on Monday.

Yet the mood around the country is mixed, with some parents supporting school reopenings while others are desperate for a remote option.