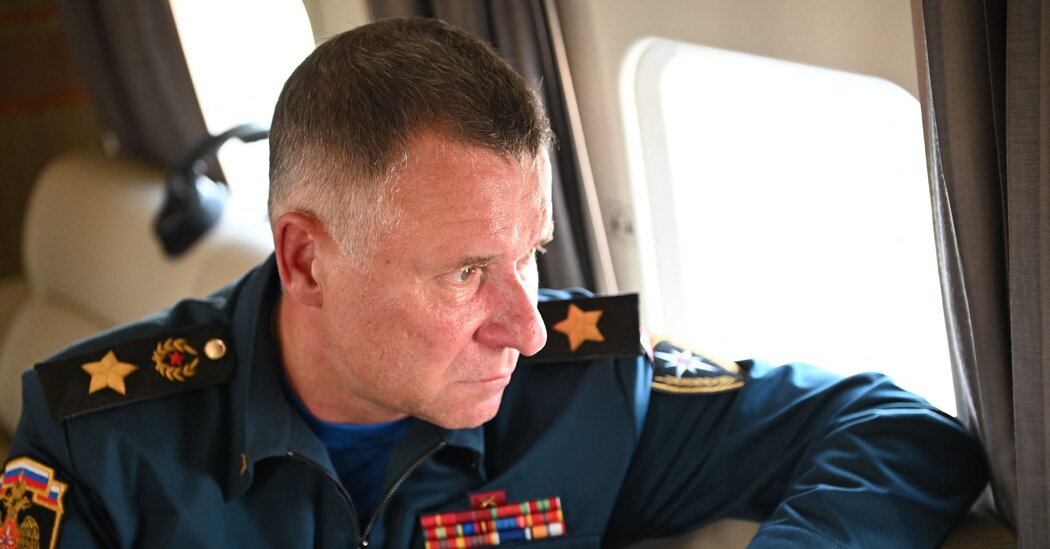 MOSCOW — A senior government official died on Wednesday when he dove off a cliff trying to save a prominent film director who had fallen into the water during a drill in Russia’s Far North, officials confirmed.

Yevgeny N. Zinichev, the minister of emergency situations, “was tragically killed while on duty, while taking part in interagency exercises designed to protect the Arctic zone from emergencies, as he tried to save a person’s life,” a statement from his ministry said.

Mr. Zinichev, who was visiting the city of Norilsk as part of a multicity drill involving 6,000 people, dived into the water after Aleksandr Melnik, the director, slipped and fell off a cliff, the ministry’s press service told local reporters. It was unclear whether Mr. Melnik survived.

As minister of emergencies, Mr. Zinichev was responsible for managing the country’s response to natural and man-made disasters, including the forest fires raging in Siberia.

Mr. Zinichev, who was 55, began working for the Russian security services in 1987 and became a member of Mr. Putin’s security detail in 2006.

From 2016-2018 he was deputy head of Russia’s Federal Security Service, known as the F.S.B., the country’s domestic intelligence agency. He was appointed emergency minister in May 2018, and also served on Russia’s Security Council.

A Shaman Said Holy Water Cured Covid. He Died After Getting the Disease.