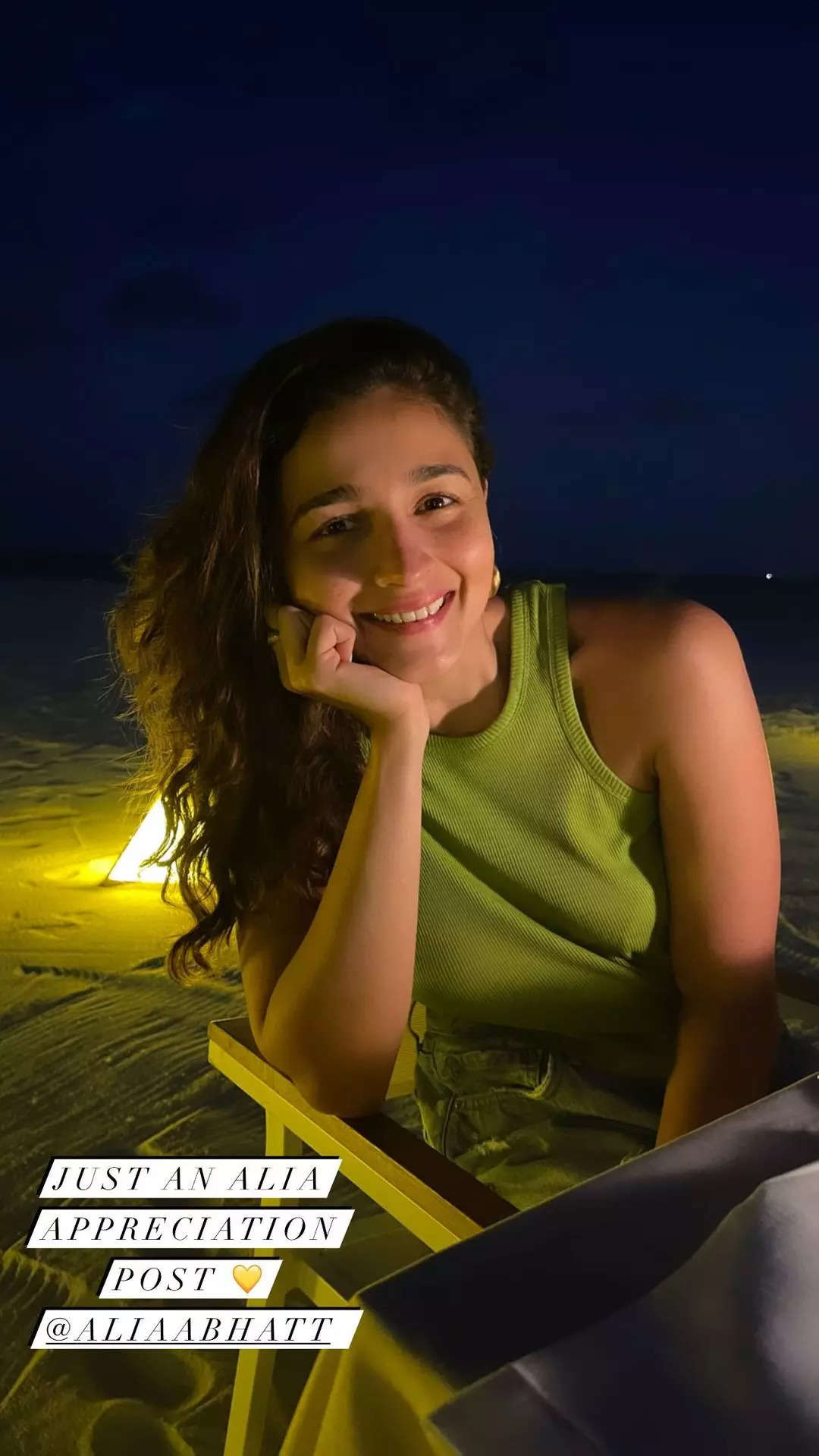 Alia Bhatt shares a close bond with her sister Shaheen Bhatt. We often get to see pictures of the Bhatt sisters from their brunch dates, vacays and movie outings. Recently, Shaheen took to her Instagram handle to share an appreciation post for the ‘Raazi‘ actress.
Shaheen posted a photo of Alia from their recent Maldives trip. In this picture, we can see the actress sitting on a chair on the beach as she posed for her sister. She was all smiles for the camera and showed off her no-makeup look. She wore a green halter neck tee and a pant. The post was captioned as, “Just an Alia appreciation post”.