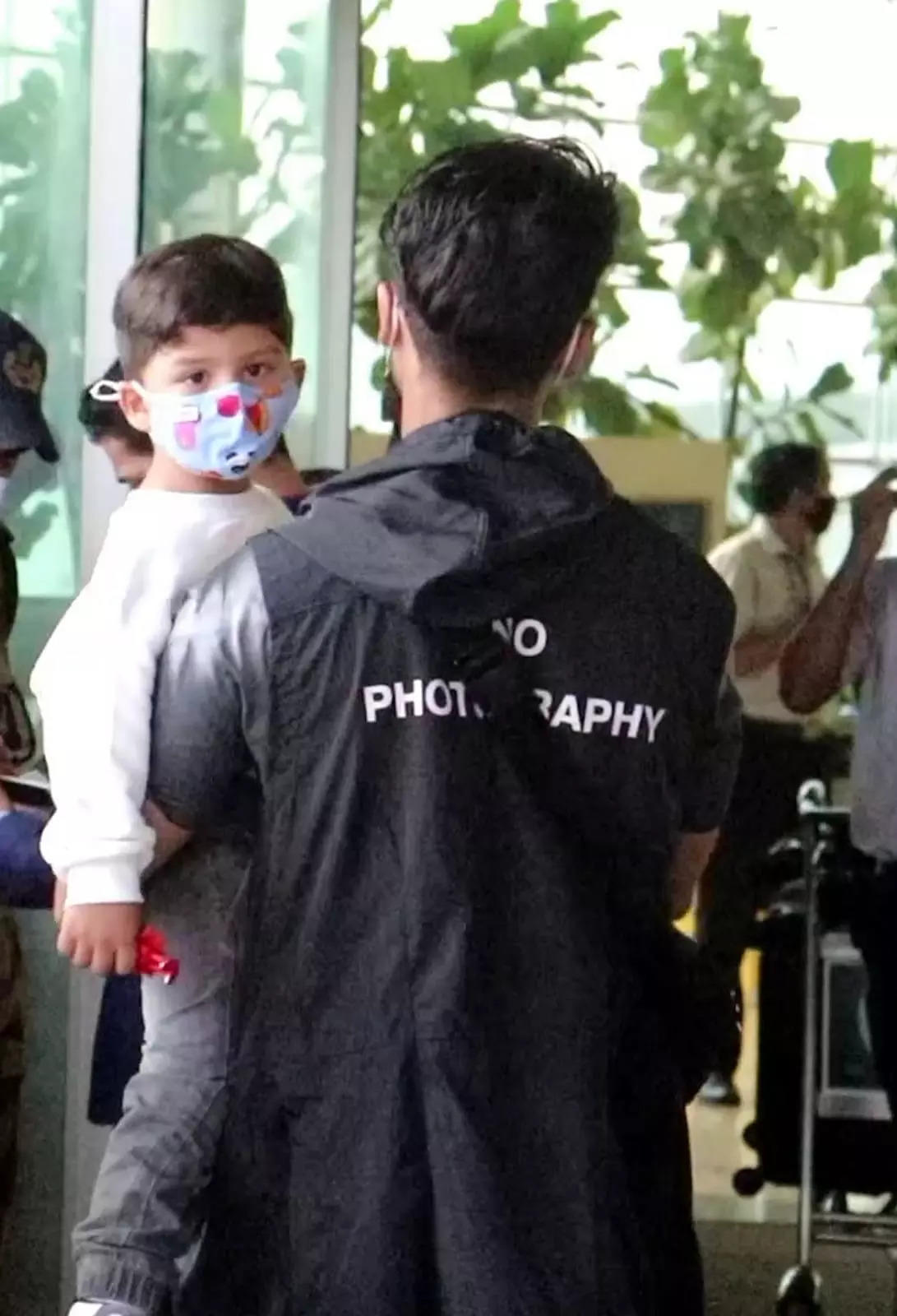 Shahid Kapoor recently made a rare and stylish appearance at the airport with his wife Mira Rajput and kids – Misha and Zain. His entire family was snapped by the paparazzi.
While Mira looked gorgeous as ever in his white tee and beige pants, Shahid looked dapper in his black and grey outfit. However, what especially grabbed our attention was the message that was written on his jacket. It read, ‘No Photography.’

Check out the pictures here: 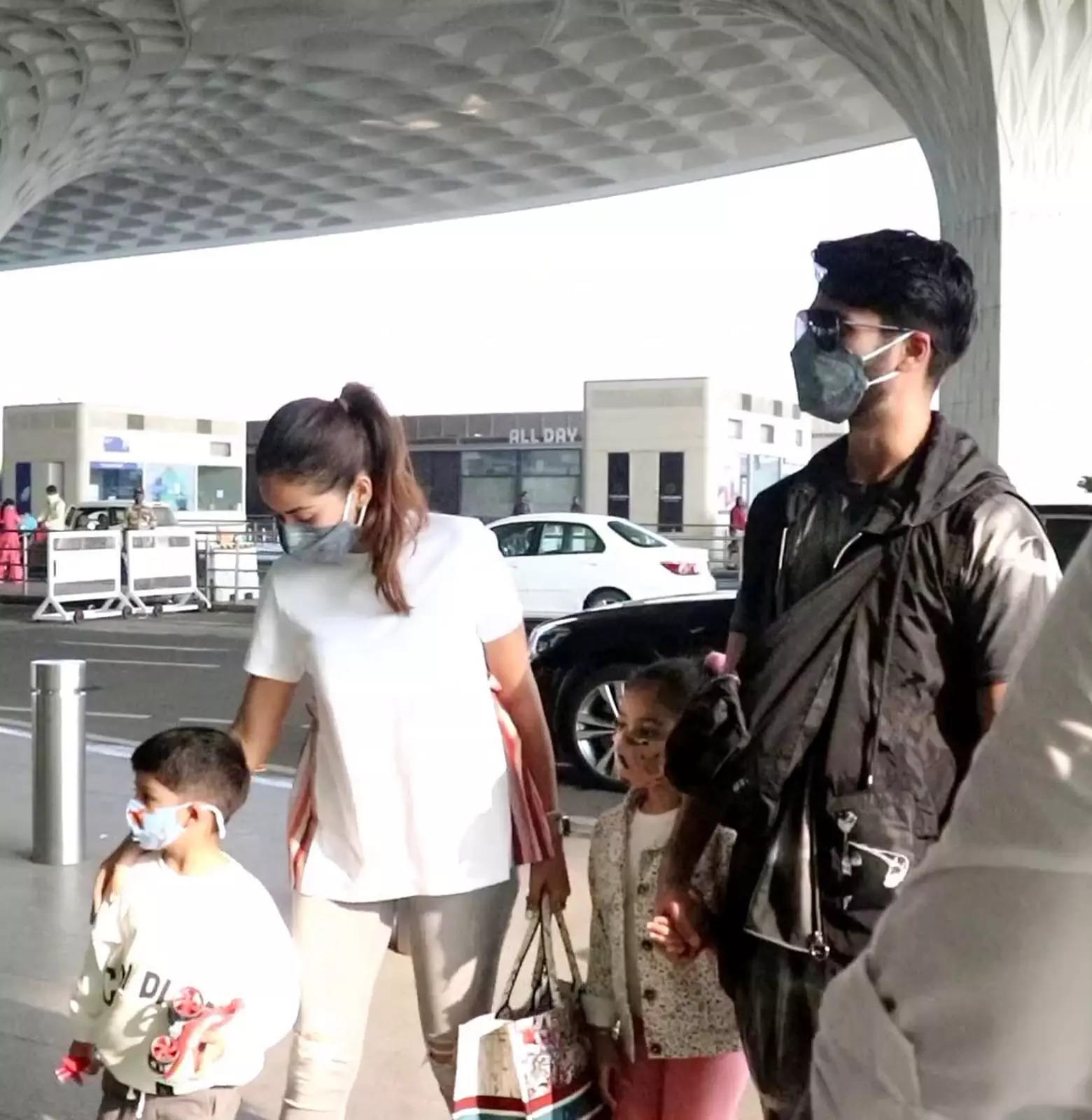 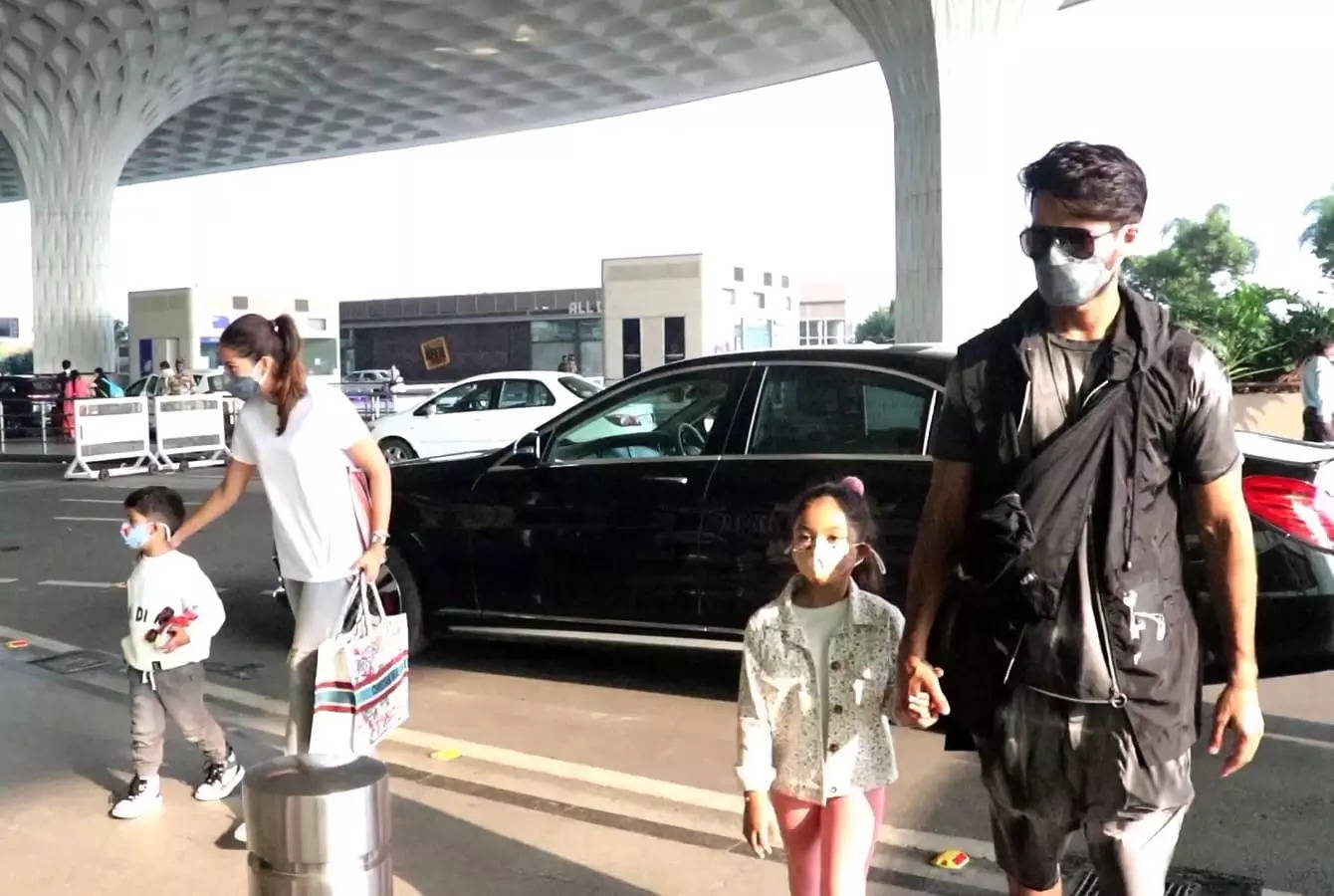 The doting parents have mostly avoided posting pictures of their kids on social media, especially that of his son Zain. They were seen in public with them after a long time.

Needless to say, it was an absolute treat for their fans. Mira was seen holding Misha’s hand while Shahid carried son Zain in his arms.

Meanwhile, on the work front, Shahid was last seen in Sandeep Reddy Vanga’s ‘Kabir Singh’. The film was an official Hindi remake of the Telugu hit film, ‘Arjun Reddy’ that starred Vijay Deverakonda in the lead role. The Hindi remake also starred Kiara Advani in the lead role. It made some record-breaking collections at the box-office and received mixed reviews from the audience and the critics alike.

Next, Shahid will be seen in yet another Telugu remake titled, ‘Jersey’. It will also feature Mrunal Thakur and Pankaj Kapur in key roles.