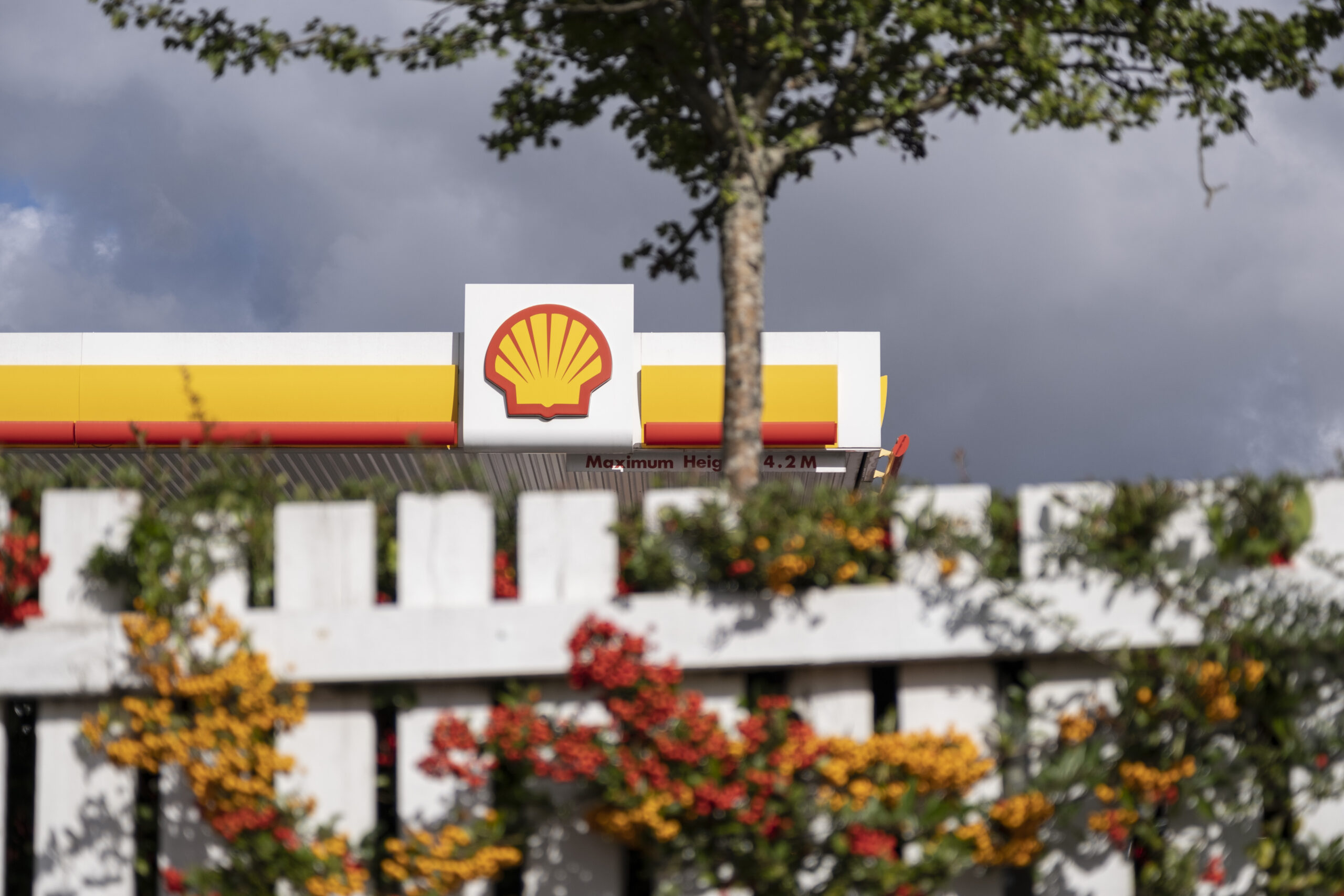 Oil and gas giant Shell has controversially set its sights on the Wild Coast where it plans to use seismic blasting to hunt for oil and gas deposits in the region’s sensitive waters as early as next month.

The multinational corporation recently announced that it has appointed Shearwater GeoServices to conduct its three-dimensional (3D) offshore seismic survey from Morgan Bay to Port St Johns, which will take four to five months to complete depending on weather and current conditions.

The survey area is more than 20km from the coast at its closest point in water depths ranging from 700m and 3000m.

Shell’s survey, which will cover 6 011 square kilometres of ocean surface, has sparked outrage from marine scientists, activists and environmental organisations, who have raised alarm over the potential harmful effects of the powerful deep underwater blasts on marine ecosystems and fish stocks, the pursuit of fossil fuels and the lack of public participation, among others.

A petition by the Oceans Not Oil coalition had more than 56 000 signatures by Friday. It calls on Forestry, Fisheries and Environment Minister Barbara Creecy to withdraw the approvals for the project. But her department says neither it nor its minister were involved in giving the project the go-ahead.

The seismic vessel, the coalition says, will drag an air gun array methodically through 6 011km2 of ocean surface, firing “extremely loud shockwave emissions” that penetrate through 3km of water and 40km into the Earth’s crust below the seabed. “In the process, marine life on the sensitive Wild Coast will be panicked and damaged. Whales, dolphins, seals, penguins, sharks and even crabs and tiny shellfish will be blasted.”

The high intensity sound reaches 230 to 250 decibels. “We’re talking about massive noise in the ocean,” says Janet Solomon, of Oceans Not Oil. “It’s like a spaceship taking off.”

“Wherever seismic surveys are undertaken there’s going to be an impact, which is going to be negative,” says Dr Kevin Cole, a natural scientist at the East London Museum.

He explains that seismic surveys produce a continuous underwater noise — greater than 230 decibels — using an array of air guns day and night for months to map the seafloor and find oil and gas deposits.

This, he says, negatively affects marine life evolved to rely on sound as a primary sense in the dark oceanic environment. “Marine animals are highly sensitive to acoustic sound. Marine fish and mammals depend on sound for communicating with group members and young, food-finding, reproduction, avoiding predators and hazards, navigation and sensing their environment.”

There is no baseline research on the effects that these seismic surveys will have on the marine environment of Morgan Bay to Port St Johns, but in general they have been known to cause behavioural changes in marine life, stress, embolisms and damage to body tissue, Cole explains.

For cetaceans (dolphin and whale), “such behaviour changes involve a change in dive times and time spent at the surface and energy costs [loss of energy] having to move over large distances to get away from disturbing sounds, to name a few. Foraging and nursing may also be affected. Cetacean calves separated from their mothers because of high noise levels would be unable to suckle.”

Stress causes changes in body physiology, which may affect growth, reproduction and also result in death. The physical effects on marine animals include embolism and damage to body tissue and temporary or permanent hearing loss.

Cole says that although it is proposed that these surveys take place out of the migratory season (May to November) for the more notable larger species such as humpback and southern right whales, there are semi-migratory and other species that will be in the survey block (December to April), which will be affected, such as the deep diving beaked whales, Bryde’s whales and sperm whales.

One of the beaked whales called True’s has never been seen alive at sea. “[It is] known only from strandings in our area so we have no clear understanding of their distribution, abundance and behaviour. This example can be applied to many other marine mammals and marine life in general ([turtles, squid and fish species in the mesopelagic zone of 200m–1 000m). Deep diving beaked whales may surface too quickly and die from barotrauma as a result of seismic blasting.”

Dr Simon Elwen, a zoologist at Stellenbosch University, says noises from seismic surveys affect “all life forms from corals and plankton to fish and whales. The biggest concerns have always been the whales as they are very acoustic animals,” he says, describing how they communicate and navigate with sound.

“A good few studies have shown behavioral impacts like changes in singing (frequency of sounds, how often they sing, loudness), multiple have shown behavioural changes like movement away from the sound source, but none to my knowledge have ever shown a clear link between seismic surveys and cetacean strandings (single, mass, whales or dolphins).”

Elwen says there have been multiple cases of strandings, mass strandings and unusual mortality events such as “linked to naval sonar, which is a very different thing”.

The best way to mitigate the effects of seismic surveys is not to do it because “we have renewables now”, Elwen says. Others include timing of the surveys in low season but  “there is no ‘no whale’ season — we have some year round” and to use observers on board to ensure no whales are close to the guns when they start. The latter two are done in South Africa to global standards, he says.

According to Liz McDaid, the strategic lead of the Green Connection, “Shell is blatantly continuing with fossil fuel exploration despite a global climate emergency … Green Connection calls on Shell to stop this and all other oil and gas-related exploration activities. We need Shell and Total and others to get real about climate change and do their part.”

‘We did consult’, says Shell

Ntaka says a notification of the availability of the EMPr audit and link to download the report was sent to all interested and affected parties on the database list for a 30-day public commenting period to raise any issues or concerns. This was subsequently submitted to the government for review and approval. “Governmental approval was obtained in July 2020.”

Ntaka says Shell is targeting a specific area within the exploration licence area “where we believe there may be potential oil or gas deposits beneath the seabed”.

A significant amount of research has been conducted globally on seismic surveys and the effect on the marine environment. “The impacts are well understood and mitigated against when performing seismic surveys. This is supported by decades of scientific research and the establishment of international best practice guidelines.”

There is no indication that seismic surveys are linked to strandings.“This can be verified through environmental specialists and the outcomes of autopsy results on stranded whales and dolphins along the coast of South Africa.”

Shell, according to Ntaka, adopts the most stringent of controls and follows international best practice from the UK’s joint nature conservation committee guidelines for conducting seismic operations. “This, in combination with the mitigation measures outlined in the environmental management programme, ensures we are conducting seismic surveys safely with regard to marine animals and the environment.”

Cole says strandings are difficult to prove. “We’re actually looking at protocols to manage that better so we can get clearer data around the actual cause of death … In 2016, post the seismic surveys in KwaZulu-Natal, there were a lot of strandings. So if we had been able to have protocolos to more thoroughly dissect and interpret that, I think quite a few of them would have been put down to the effects of seismic surveys.”

He says that international guidelines such as those from the UK’s committee used for oil and gas exploration have measures proposed but these “lack a scientific basis or a proven efficacy”.

Five of South Africa’s 41 declared Marine Protected Areas (MPAs) are within the area known as the Transkei Block Exploration Right — the target area for the proposed 3D seismic surveys and exploration. Ntaka says no seismic operations will take place in MPAs and that there is a buffer area around MPAs where no seismic activities may take place.

But Cole says, “of concern is that the mitigating factors proposed such as a seismic buffer zone of 10km from the coast and 2km around the MPAs may not be effective considering the high source of sound (230 to 250 dB) and the ability of the sound to travel tens to hundreds of kilometres … It’s just ludicrous for them to think they can even think that can be accepted.

“If these habitats are destroyed in some respect, semi-permanently, it negates all efforts to have MPAs declared when you have a five-month seismic survey coming in and chasing a fossil fuel and all those questions are in the air.”

“The department … and the minister responsible for the DFFE, were not involved in any aspect of this decision making process, including the environmental impacts thereof, particularly as the application process was finalised prior to the coming into effect of the one environmental system that came into effect on 8 December 2014.”

According to Oceans Not Oil, in 2014 the legislation imposing environmental impact assessments (EIAs) for seismic surveys “fell out of our law due to enabling amendments made by the government’s one environmental plan for offshore Operation Phakisa. The rationalisations of environmental laws between the minerals and energy departments and the environmental one has a consequence of a big omission of care and precaution when dealing with seismic surveys.”

It, too, meant the “lubrication” of entry of Big Oil onto the coastline as EIAs take time, money and require input from affected people. “Public pressure has since placed seismics back into legislation that insists on public participation and environmental reports to guide the process.” 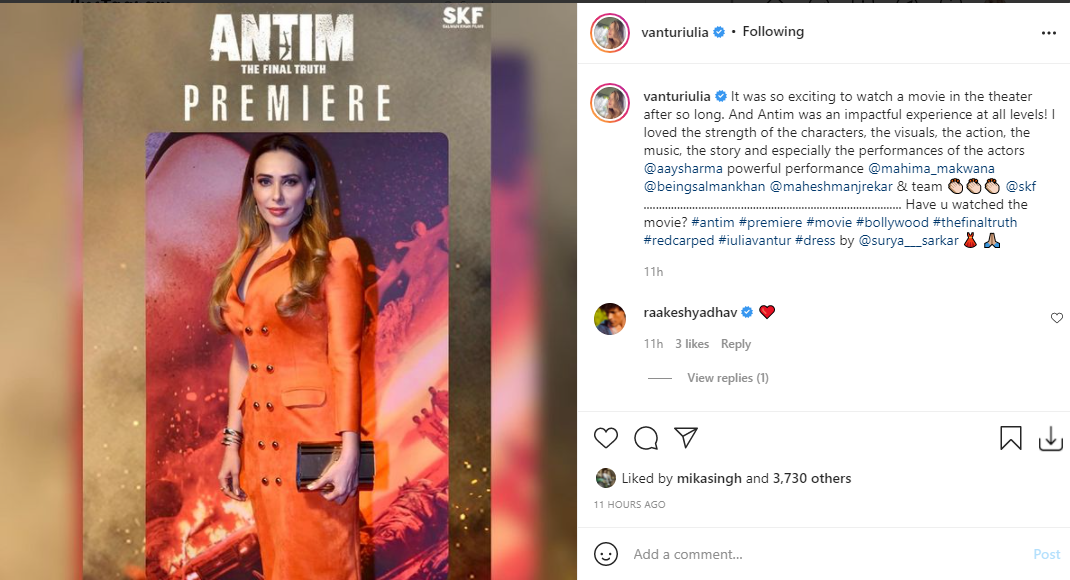 Amrita on why she said yes to RJ Anmol