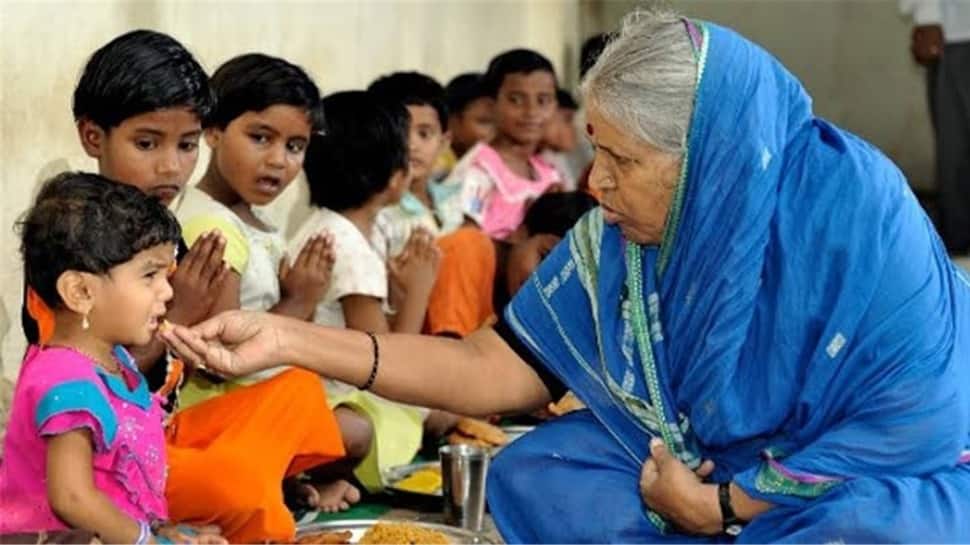 Sapkal, who was fondly known as ‘orphan children’s mother’, passed away aged 74.

“She had undergone a hernia surgery one and a half months ago and recovery was very slow. She died of a heart attack around 8 pm,” said Dr Shailesh Puntambekar, Medical Director of the hospital.

Paying tribute to Sapkal, President Ram Nath Kovind said that her life was an inspiring saga of courage, dedication and service.

“She loved & served orphaned, tribals and marginalised people. Conferred with Padma Shri in 2021, she scripted her own story with incredible grit,” he tweeted.

The life of Dr Sindhutai Sapkal was an inspiring saga of courage, dedication and service. She loved & served orphaned, tribals and marginalised people. Conferred with Padma Shri in 2021, she scripted her own story with incredible grit. Condolences to her family and followers. pic.twitter.com/vGgIHDl1Xe

Prime Minister Narendra Modi said that many children could lead a better quality of life due to Sapkal’s efforts.

“Dr Sindhutai Sapkal will be remembered for her noble service to society. Due to her efforts, many children could lead a better quality of life.

“She also did a lot of work among marginalised communities. Pained by her demise. Condolences to her family and admirers. Om Shanti,” he tweeted.

Sapkal, a Padma Shri awardee, was born on November 14, 1948, in the Wardha district of Maharashtra. She was reportedly forced to drop out of school after she had passed 4th class.

At around the tender age of 12, she was married to a 32-year-old man. After she gave birth to three children, her husband abandoned her even when she was pregnant.

According to reports, her own mother and the village where she had grown up refused to help, forcing her to beg to raise her daughters at one point. She then overcame these circumstances and started working for orphans.

Having raised over 1,050 orphan children, she could boast of having 207 sons-in-law and 36 daughters-in-law.

Besides the Padma award, she received more than 750 awards and honours.

In 2010, a Marathi biopic on her, “Mee Sindhutai Sapkal” was also released. It, notably, was selected for world premiere at the 54th London Film Festival.

(With inputs from PTI news agency)