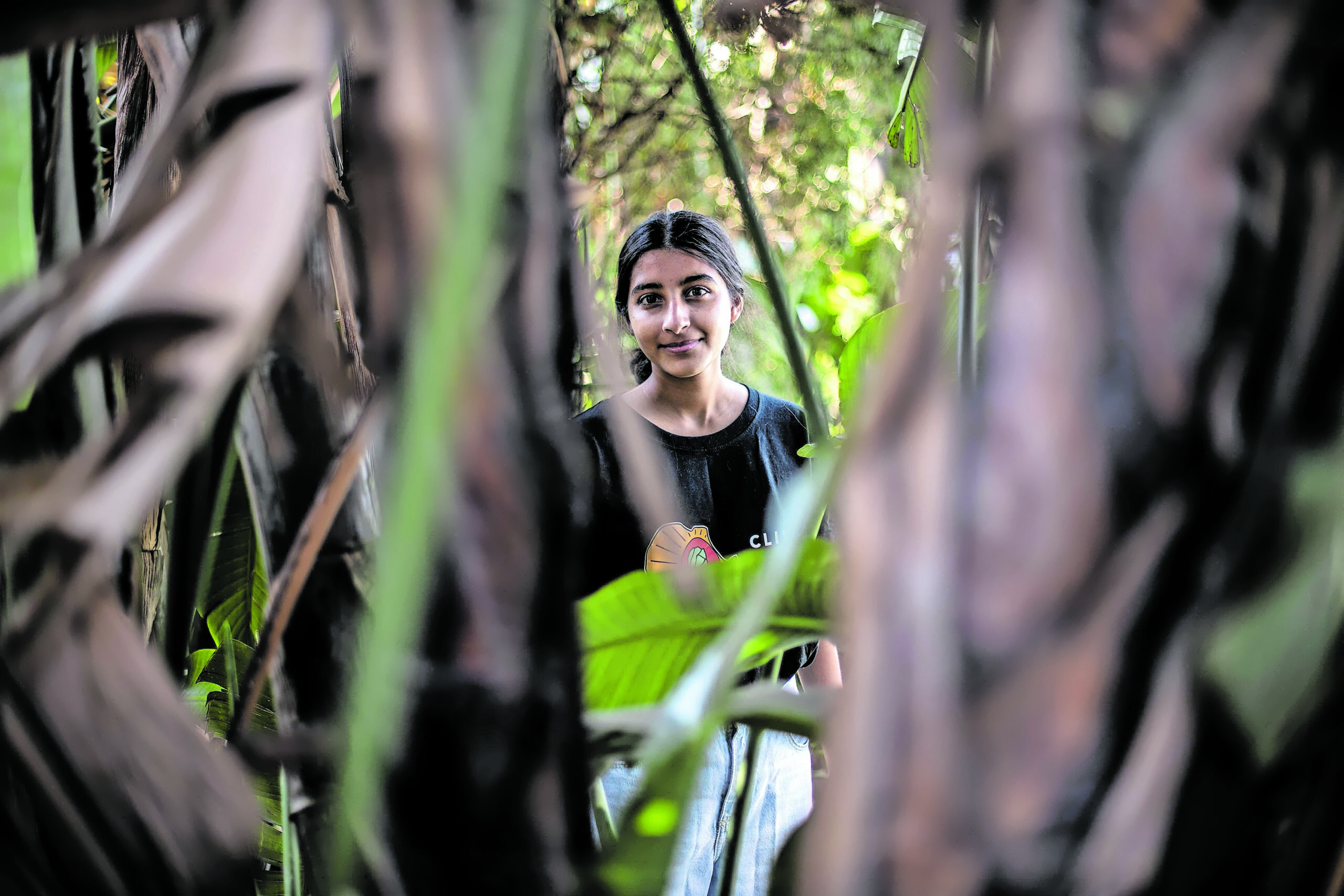 A young climate and social justice activist believes that improving the climate literacy rate in South Africa could inspire more young people to get involved in the climate crisis movement.

Sera Farista, 17, from Johannesburg is part of a youth-led, intersectional organisation called the Collective Movement which believes in achieving climate justice through social justice. The two are connected, especially in a country like South Africa, where the effects of the climate crisis are felt in people’s everyday lives.

“Climate change is mostly going to affect marginalised [people] and those who are poorly treated and neglected by the government. Through our activism, we aim to improve climate literacy through social media,” Sera said.

“We believe protesting is one of the effective ways to put pressure on governments and officials to move away from fossil fuel energy and move towards a climate just state, and towards renewable energy,” she added.

The grade 11 learner was inspired by a research assignment on some of the problems facing South Africa when she was in grade eight. Through her research, she came across the topic of climate change.

“As I read on and on, I just [developed] a lot of climate anxiety and that’s when I was like, ‘there’s this problem, let’s see how many people know about it’. So I used social media to do some research and I put up polls to find out whether people know, for example, about the negative effects of using single-use plastics. From that I learnt that a lot of people from my generation were scared about climate change and what can we do to fix this,” she said.

Sera then started a WhatsApp group, through which she mobilised about 100 young people who were among hundreds of young people at the forefront of the #ClimateStrike which took place in September 2019, marching to the Gauteng legislature, to demand that the government declare a climate emergency and ensure a just transition from fossil fuels to renewable energy.

After her speech at the #ClimateStrike protest, in which she highlighted the global and local effects of climate change, Sera was invited by Green Peace to a climate change conference held in Cape Town.

“That’s where I met more like-minded youth and we decided to come up with the collective movement. We have a team for social media, a team for press and a team for leading and organising protests,” Sera said.

In a Lancet pre-print published last month, researchers surveyed 10 000 young people around the globe: more than half of them were found to be suffering from climate anxiety as a result of inaction from their governments. The study also found that, if unabated, the rational response to the psychological stress and realities of climate change could affect the mental health of young people.

The research also found that many young people believed that governments were failing them: they felt betrayed — and this was linked to climate anxiety. Nearly half said climate change affected them in their daily lives, in activities like eating, sleeping, playing, and going to school. Two-thirds felt sad and afraid about climate change. More than half felt anxious, angry, powerless, helpless or guilty. More than 40% said they felt shame, despair, grief, hurt and depression. Fewer than a third felt optimistic or indifferent.

These are some of the emotions that Sera herself experienced, but she told the Mail & Guardian that seeing other young people join the movement during protests, and people acknowledging the work that she and many other young people were doing, gave her hope that things would become better for future generations.

“It feels rewarding to see people listening, and some people come up to me and say that I’ve inspired them to think twice before using plastic straws or are now recycling,” Sera said.

To ensure that her mental health does not suffer from the government’s slow action and sometimes even lack of acknowledgement, she takes time off to do what she enjoys, which is playing soccer, hockey and walking her dog.

“The fact that we as young people have to worry about such a big problem at such a young age feels like our childhood has been robbed from us, because we are always fighting and feeling anxious for the future. It feels like there’s a lot of responsibility on our hands — and it shouldn’t be that way.”

How car subscriptions will improve the resilience of the auto industry

A new vision for global cooperation