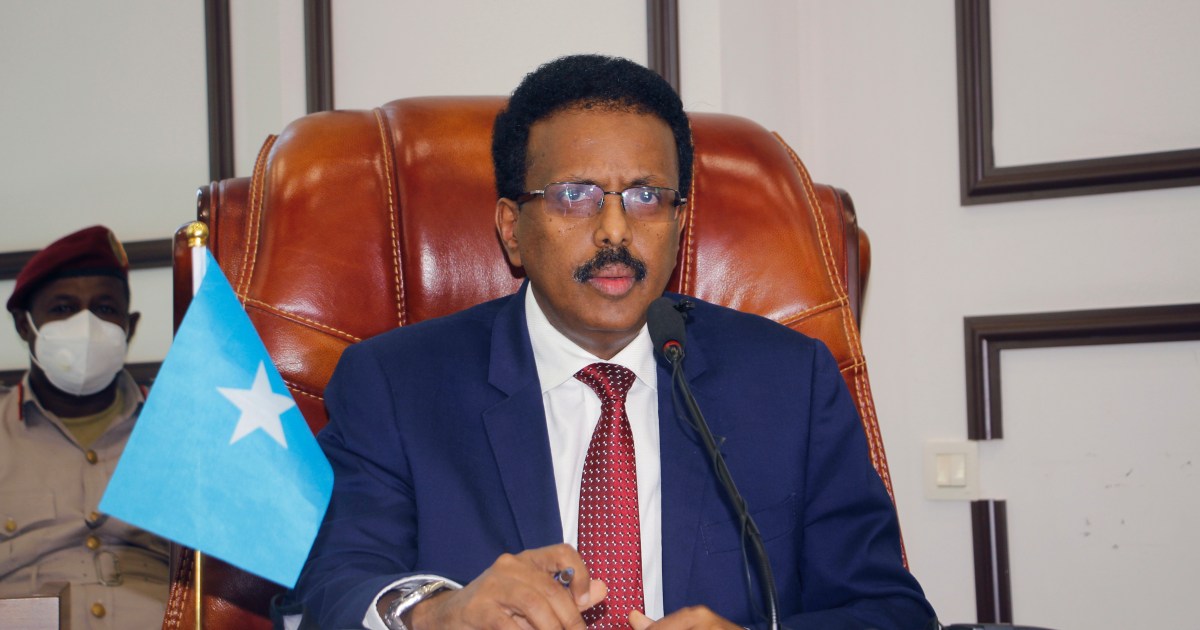 Open row between Somalia’s two most powerful leaders intensifies after they name different men to head the intelligence service.

Somalia’s two most powerful leaders were locked in a deepening standoff on Wednesday after they named different men to head the politically unstable Horn of Africa nation’s intelligence service.

The open row between President Mohamed Abdullahi Mohamed and Prime Minister Mohamed Hussein Roble, nominally over a murder investigation, marks an escalation of months of tensions between them in a country already riven by attacks and clan rivalries.

It was triggered on Monday when Roble suspended Fahad Yasin, director of the National Intelligence Service Agency (NISA), saying he failed to deliver a report on the case of one of its agents who disappeared in June.

Roble and Mohamed clashed in April when the president unilaterally extended his four-year term by two years, prompting army factions loyal to each to seize rival positions in the capital, Mogadishu.

The confrontation was resolved when the president put Roble in charge of security and organising delayed legislative and presidential elections. That process was supposed to be concluded next month but several days ago was pushed back again.

In his late Tuesday statement, the president also named Yasin, the man Roble had sacked, as his personal security adviser.

Tahlil, a 25-year-old officer with NISA, was abducted near her Mogadishu home in June, and last week her employers concluded she had been kidnapped and killed by al-Shabab fighters.

The armed group promptly – and unusually – issued a denial while Tahlil’s family accused NISA of murdering her – a view backed by many Somalis who have taken to social media to denounce the agency and demand justice.

The agency has not responded to the family’s allegation.

Meanwhile, the United Nations, African Union Mission in Somalia (AMISOM), the United States, the European Union, and East African bloc IGAD pressed the country’s leaders to end their dispute as a matter of urgency.

“We urge Somali leaders to de-escalate the political confrontation surrounding this investigation and, in particular, avoid any actions that could lead to violence,” they said on Tuesday in a statement released by the UN assistance mission in Somalia.

“We … [call] for a rapid resolution of this dispute, including a credible investigation of Ikran’s disappearance and the completion of the electoral process without any further delay.”

Somalia’s parliamentary polls are now scheduled to kick off between October 1 and November 25 following months of delays.

The vote for the lower house follows a complex indirect model whereby state legislatures and clan delegates pick lawmakers, who in turn choose the president.