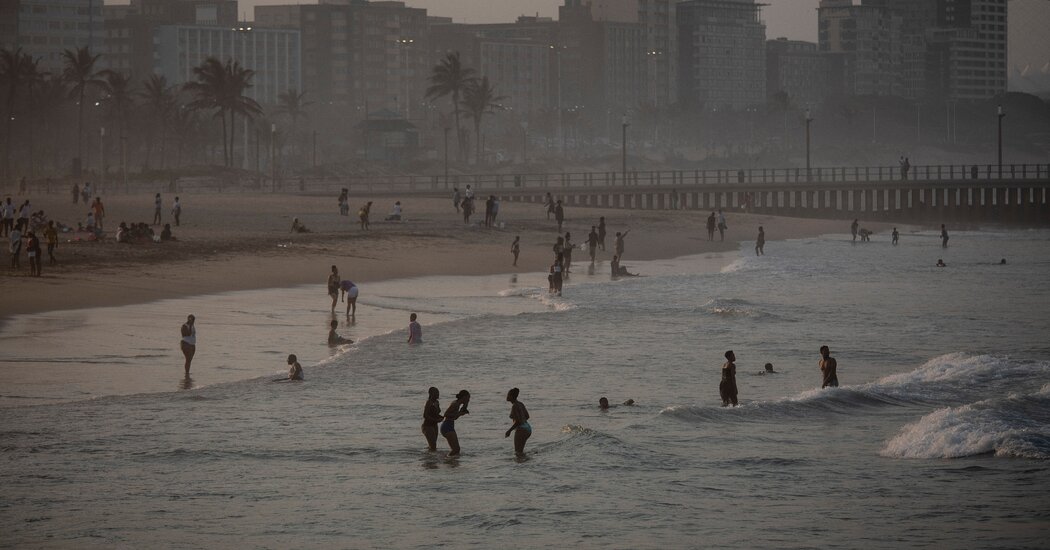 South Africa is easing some of its coronavirus restrictions, with new infections dropping across all provinces, President Cyril Ramaphosa said on Sunday.

“While the third wave is not yet over, we have seen a sustained decline in infections across the country over the last few weeks,” Mr. Ramaphosa said. The seven-day average of daily new cases has decreased by 48 percent in the past 14 days, according to the Center for Systems Science and Engineering at Johns Hopkins University.

When the latest wave of cases surged in June, South Africa introduced some tough restrictions, then relaxed them as cases fell in July. For about a month, restaurants could only sell food by takeout or delivery, alcohol sales were banned and schools were closed.

New rules introduced on Monday further eased those restrictions. The nationwide curfew has been shortened by an hour, operating hours at restaurants, bars and fitness centers have been expanded and hours of alcohol sales have been extended. As many as 250 people may now meet indoors, and as many as 500 outdoors — changes that are expected to make political campaigning easier ahead of local elections in November.

While the easing of restrictions in other parts of the world has been driven by the accelerating pace of vaccinations, South Africa’s vaccination drive has been slow. But the government has secured enough doses to vaccinate the entire adult population, Mr. Ramaphosa said. About 18 percent of the country’s population has been partially vaccinated and 12 percent has been fully vaccinated, according to figures from Our World in Data.

Across Africa, new cases are falling. The continent recently recorded the sharpest seven-day decline in two months, the World Health Organization said this month. But the shortage of doses has left the continent vulnerable to surges, especially of more contagious variants.