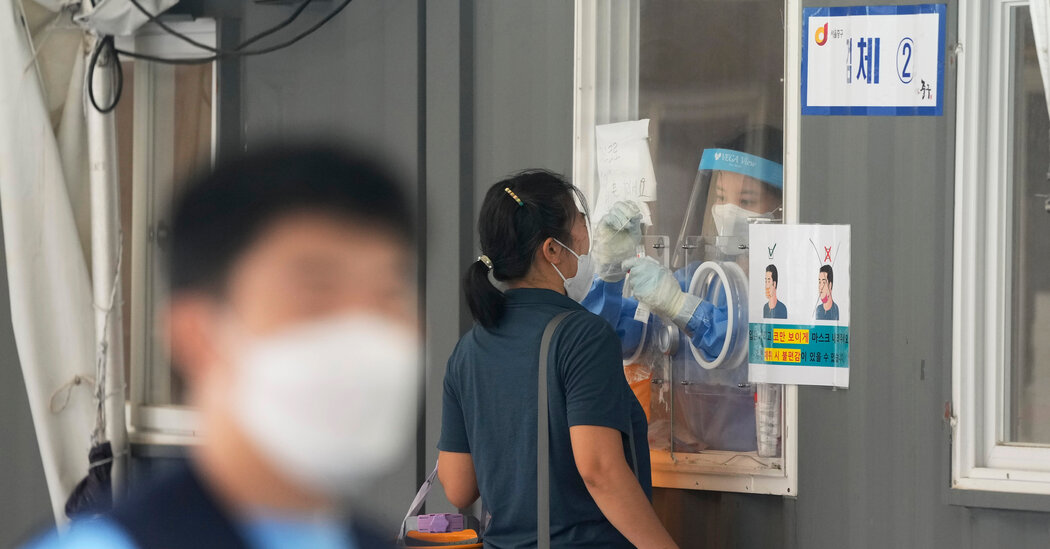 “We’re taking this as a very dangerous sign,” said Park Hyang, a senior health official, at a news conference in the capital, Seoul. “We urge residents of the Seoul metropolitan area to be especially careful. The virus is spreading on a large scale and infections are appearing anytime and anywhere.”

Cases have remained stubbornly high even as the pace of vaccinations has quickened. While social distancing restrictions have remained in place, the government has eased some rules on private gatherings. The health officials also said that people aren’t adhering to them as much as pandemic fatigue accumulates.

That’s a concern ahead of Chuseok, a three-day national holiday later this month when families will be able to travel to see one another. As of Tuesday, about 61 percent of South Koreans had received at least one vaccine dose and more than 36 percent were fully vaccinated, the health authorities said.

At the current pace, the health authorities said they expect to fully vaccinate 70 percent of the population by the end of October. That would allow the country to return to a more normal way of life in November, they said. But, they added, for the country to open up, cases must go down.

The country recorded 2,050 daily new cases on Wednesday, of which about 75 percent were found in the Seoul metropolitan area. More than half of South Korea’s population lives in Seoul.

The Delta variant made up an estimated 97 percent of the cases from the past week, said Bang Dae-bon, the head epidemiologist of the government’s Central Disease Control Headquarters, at a news conference on Tuesday.

Ms. Park, the senior health official, said more people had been traveling in the past two weeks, and traffic on highways was rising.

Can Macron Lead the European Union After Merkel Retires?

Yogi to be party’s spearhead in UP elections, says Pradhan