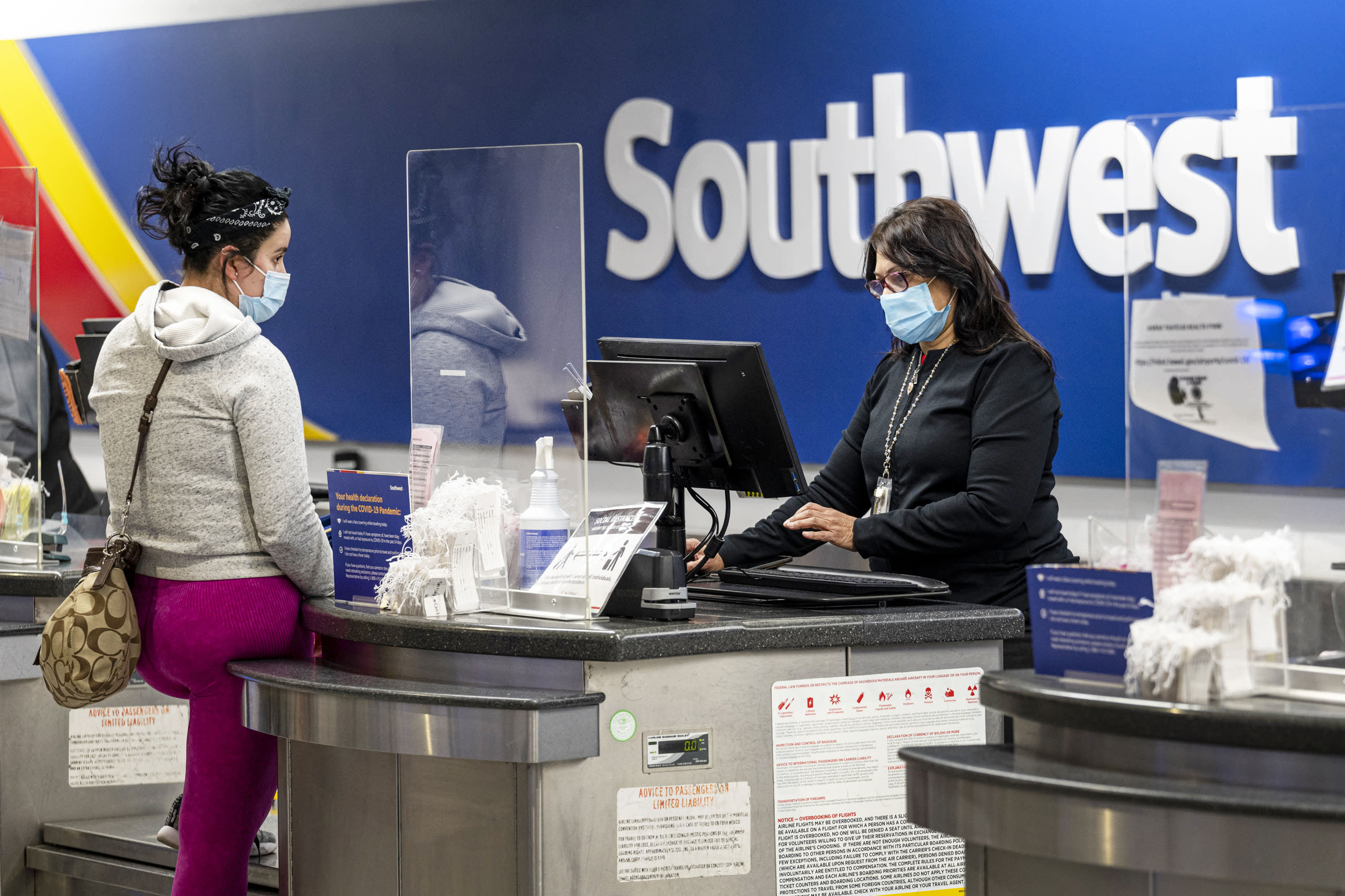 A traveler wearing a protective mask speaks with an attendant at the Southwest Airlines check-in area at Oakland International Airport in Oakland, California, on Tuesday, Jan. 19, 2021.

Southwest Airlines said Monday that its employees must be vaccinated against Covid-19 by Dec. 8 because of new federal rules, joining other carriers who issued similar announcements last week.

The Biden administration last month said staff of federal contractors must be vaccinated, unless they are granted a religious or medical exemption. Southwest and other major airlines are federal contractors since they fly government employees, cargo and provide other services. Those guidelines are stricter than those in President Joe Biden’s plan to increase vaccinations among companies with more than 100 employees by requiring inoculations or regular Covid testing.

CEO Gary Kelly said in a note to staff announcing the decision that the provisions are “are very limited.”

“Southwest Airlines is a federal contractor and we have no viable choice but to comply with the U.S. government mandate for Employees to be vaccinated, and — like other airlines — we’re taking steps to comply,” Kelly told staff.

He said provisions for religious and medical exemptions “are very limited.”

Alaska Airlines, JetBlue Airways and American Airlines last week told their employees that they must be vaccinated since those airlines are government contractors as well.

United Airlines mandated vaccines for its 67,000-person U.S. staff in August and more than 96% had uploaded proof of inoculation after the deadline a week ago.