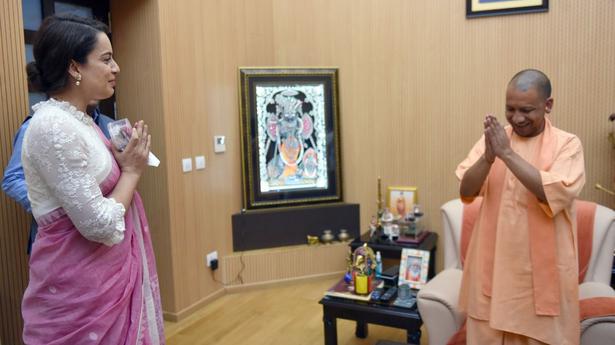 The Uttar Pradesh government on October 1 named actor Kangana Ranaut as the brand ambassador of its ambitious ‘one district-one product’ programme.

The actor met Chief Minister Yogi Adityanath at his official residence in Lucknow.

The U.P. government has launched the ODOP programme with the aim to create product-specific traditional industrial hubs across 75 districts of the State.

In a tweet , Additional Chief Secretary (Information) Navneet Sehgal said, “Famous actress Kangana Ranaut met… Chief Minister of UP, who presented her with an ODOP product. Kangana ji will be our brand ambassador for the ODOP.” According to a senior official, the actor praised the works being done by the chief minister during the meeting.

The CM requested her to pay a visit to Ram temple in Ayodhya.