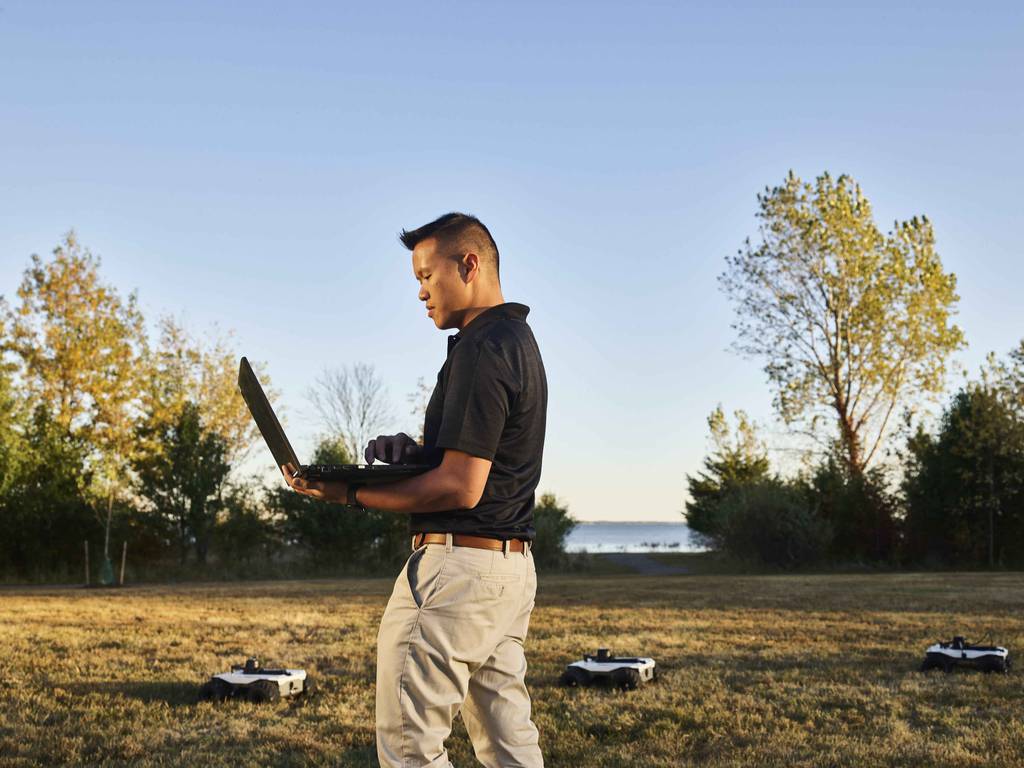 WASHINGTON — The Defense Advanced Research Projects Agency is gearing up for a major exercise in which it plans to demonstrate a single user controlling a swarm of around 200 unmanned systems in an urban environment.

The November capstone event at Fort Campbell is part of DARPA’s OFFensive Swarm-Enabled Tactics (OFFSET) program, which envisions smaller units being able to mass up to 250 small aerial and ground unmanned systems in urban places.

One of the major integrators on the effort, Northrop Grumman, will seek to test its technology that allows a single user via a tablet to control 200 vehicles. Raytheon is another key industry player in the exercise.

Northrop’s open architecture system, dubbed Rapid Integration Swarm Ecosystem, allows an operator to literally draw a sketch on a tablet, which tells the unmanned systems to do a specific task. Cherry described this as the “swarm grammar.” There could be preplanned or user defined swarming grammar and each activity might mean something different based on that swarm grammar. For example, she said, the user could circle a building telling the unmanned systems to converge on it or just write a question mark over a target, which denotes a specific task based on predetermined swarm grammar.

Right now, the types of tasks they’re focused on with the swarms are primarily intelligence but Cherry also described using the unmanned systems to overwhelm an adversary.

“Honestly, the sky is the limit here. On OFFSET, we’ve really tried to be as broad as we can,” she said.

Those systems can then pass data back through the tablet to the operator. Cherry also noted there have been some cases where engineers demonstrated a secondary operator in the field controlling a smaller swarm subset.

To date, the program has only featured smaller types of unmanned systems with potential hopes of pulling in larger vehicles in the future.

Northrop hopes the Army will make an easy transition partner once the DARPA contract expires in March.

There’s been interest from the service, and Cherry explained they believe their technology could easily integrate with other Army efforts such as Integrated Visual Augmentation System, which would provide soldiers augmented reality and situational awareness data in a heads up display – with the next notional step being passing swarm data down to soldiers through that system.

In the interim, the company wants to mature its technology by getting in the hands of soldiers at a real life exercise and getting important feedback.

There are current plans for Northrop to test its technology at the Army Expeditionary Warrior Experiment early next year and the company has submitted to participate in Project Convergence 2022.

Mark Pomerleau is a reporter for C4ISRNET, covering information warfare and cyberspace.

Why some Army users had email problems this week