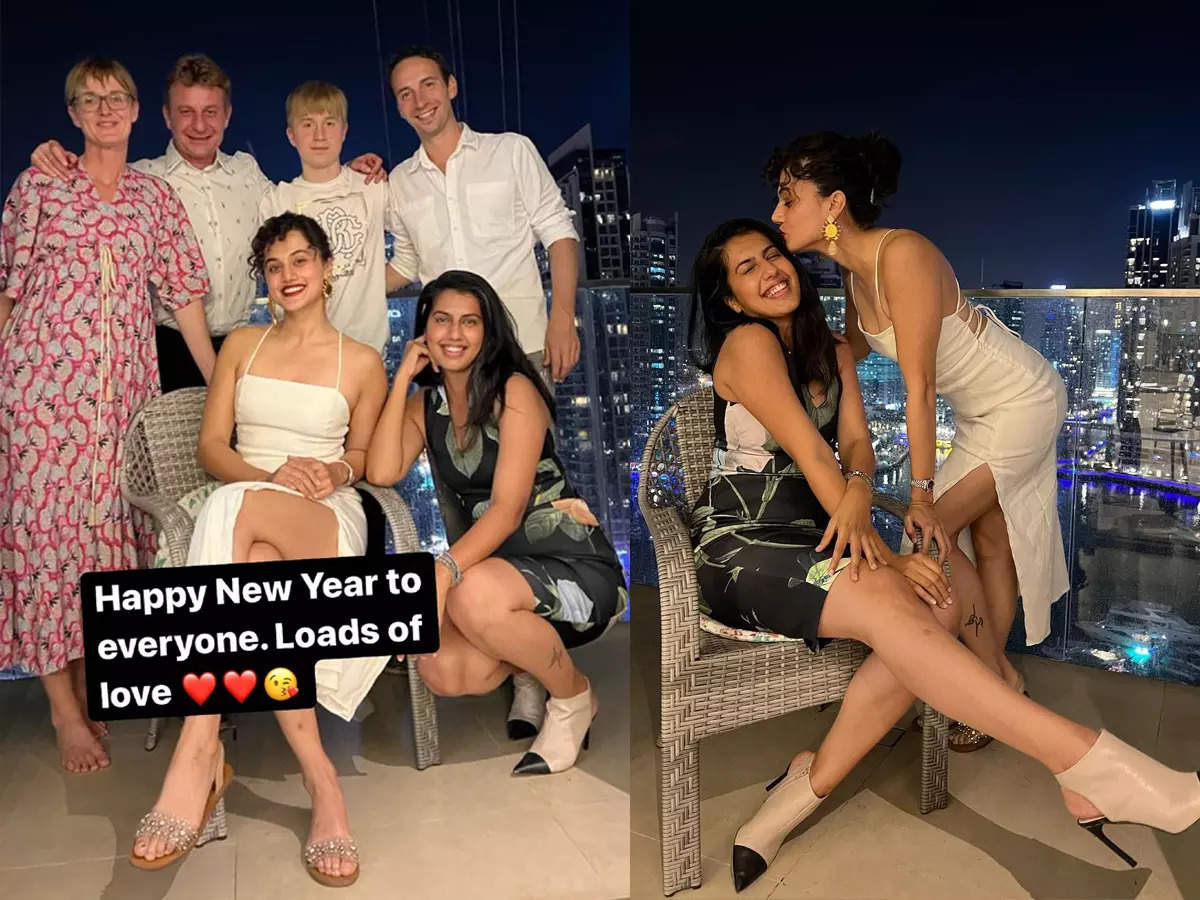 Taapsee Pannu enjoyed a low-key party on Friday as she welcomed 2022 with boyfriend Mathias Boe and family. Mathias shared a glimpse of his New Year celebration which featured Taapsee and her sister Shagun. Taapsee and Mathias twinned in white for the bash. The ‘Pink’ actress had also shared a picture from their celebration and captioned it, “Bringing it in with lot of love! And hoping for the same love back from 2022! #FromUs #ToYou #2021To2022 #HappyNewYear.”

Despite their pictures going viral on the internet, Taapsee has managed to keep her personal life with Mathias away from the limelight. During an interview with ETimes, Taapsee had opened up about her wedding plans. On being asked if a wedding was on the cards, she had replied, “I am yet to reach certain benchmarks in my professional life. Once I do, I’ll probably think of slowing down, doing two-three films a year instead of five-six. Only then will I have time to dedicate to my personal life.”

Ahead of her New Year celebration, Taapsee had been shooting for her upcoming psychological thriller ‘Blurr’. The actress wrapped the film’s shoot in a non-stop schedule in Nainital. Directed by Ajay Bahl, ‘Blurr’ marks Taapsee’s maiden production venture. The thriller also stars Gulshan Devaiah in the lead role. Apart from this, Taapsee will also be seen in ‘Looop Lapeta’, ‘Shabaash Mithu’, ‘Do Baaraa’ and ‘Mishan Impossible’.