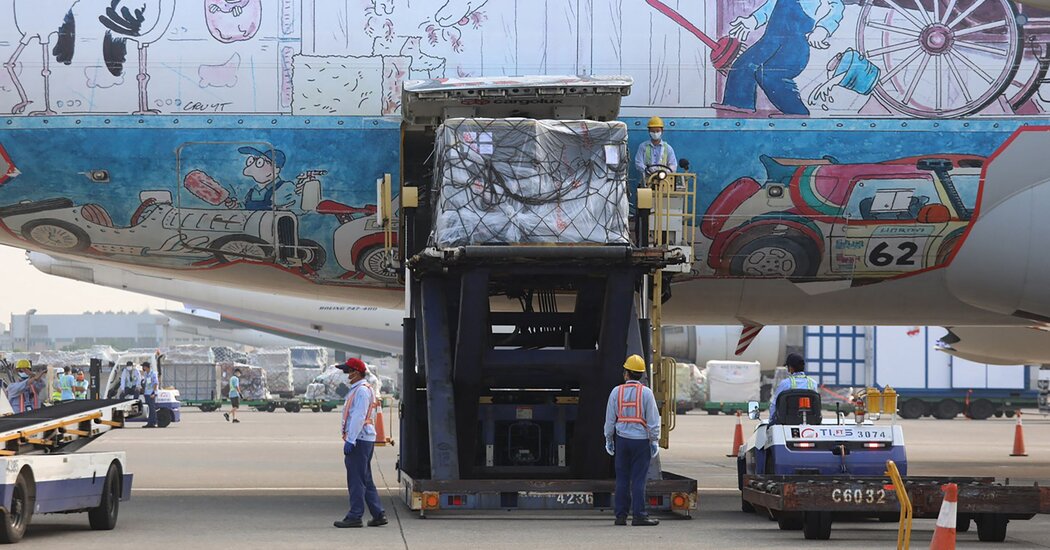 The first batch of Pfizer-BioNTech vaccines arrived in Taiwan on Thursday morning, health officials said. The delivery of the 930,000 doses came after a monthslong struggle to acquire BioNTech’s vaccines on the island.

In May, President Tsai Ing-wen attributed the delay to “China’s intervention.”

A Chinese company, Fosun Pharma, claimed exclusive commercial rights to the distribution of the BioNTech vaccine in Taiwan, whose frosty relationship with China has intensified in recent months. Two Taiwanese corporate giants, a charity organization and a Buddhist foundation stepped into the morass in July to offer a solution.

Foxconn, a major assembler of Apple’s iPhones, and TSMC, which makes the chips found in Apple devices, agreed with the YongLin Foundation, a charity set up by the founder of Foxconn, to purchase 10 million doses of the BioNTech vaccine from Fosun Pharma and donate them to the Taiwanese government. The Tzu Chi Foundation, a Buddhist organization, agreed to purchase and donate an additional 5 million BioNTech shots from the Chinese company for Taiwan’s vaccination effort.

Earlier this week, the Taiwan Centers for Disease Control released a statement announcing that the BioNTech vaccine would be prioritized for those between the ages of 12 and 17, with leftover doses administered to those between 18 and 22.