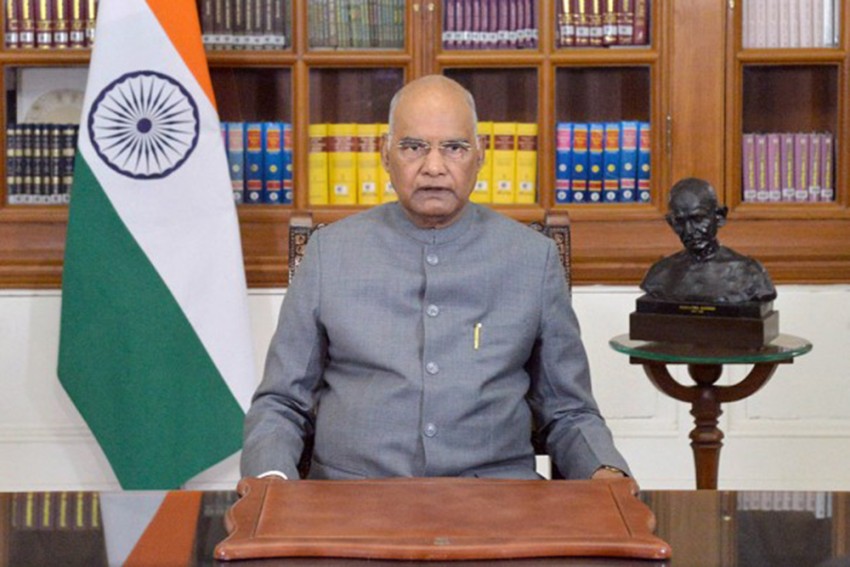 The air force chopper landed at the Gorakhpur airport just half-an-hour before dark. The airport was actually part of the air force area and was completely deserted.

Rajnath Singh, now Union Defence Minister, and Ram Nath Kovind, now the President of India, disembarked. I was with them to cover three back-to-back rallies that Singh had addressed hours back in remote villages of Jaunpur and Azamgarh. We began to walk towards the exit. This was about 10 years back. Uttar Pradesh assembly elections were approaching, just as they are now.

I was working for a prominent newspaper and was travelling through the state to cover the elections. In Lucknow, I got to know that Singh wanted me to cover his rallies that day. I immediately called up my office in Delhi and got a green signal. Such outings were seldom for ground reporting. Newspaper offices saw these as a means to have exclusive time with a political leader for a few hours, where the leader would hopefully share information on what was going on inside power corridors and party circles.

Walking towards the exit of the Gorakhpur airport, I saw Hema Malini standing alone at a distance, with just one attendant beside her. I told Singh, who too noticed it. She was wearing a sari and looked flustered. The reason: none had come to pick her up despite information that she would be campaigning for the party and would land at Gorakhpur.

Rajnath Singh offered her a lift in his convoy. We reached Gorakhpur town. As per the original plan, Singh was to return to Lucknow the next morning. His plan suddenly changed and he asked me to stay on in Gorakhpur.

But my trip was ending and I had to return to Delhi. I also had a day of reporting left at Lucknow. I went to the Railway Station and luckily got a ticket for a train to Lucknow that night. The next morning I was in Lucknow. My office tried to book a flight back to Delhi, but all flights were booked for two days. So were all trains, for more than a few days.

Ram Nath Kovind, decades before he was to become the Indian President, again got in touch, asking me when I would return to Delhi. I told him I had to return quickly but may have got stuck in the city. He said he was returning the same evening by train and offered to help me return. I had no option but to say yes, as I was facing the prospect of either getting stuck in Lucknow or hiring a cab that would charge double for a one-way journey.

Ram Nath Kovind asked me to come to the house of Lalji Tandon’s son Gopal ji Tandon once I was done with my reporting. I did the same, reaching the house by evening with my bag and laptop.

Ram Nath Kovind started making phone calls to someone to verify which trains to Delhi would be passing at what time and whether there would be a seat available. Finally, several calls later, he said we were ready. We reached the station just before a train going to Delhi chugged in. I was still skeptical without a ticket. Ram Nath Kovind, then national spokesperson of the BJP and an ex-MP, showed his card to the TTE. An ex-MP is entitled to travel AC-2 tier with one companion. The TTE showed us our seats and Ram Nath Kovind asked me to sleep and not bother. “If someone comes and asks for a ticket, point towards me,” he said.

This was my first and last completely unplanned and “ticketless” travel. But the train did reach Delhi in the morning and I was back in office by noon, ready to file my election stories and get back to the grind of daily political reporting from the capital.