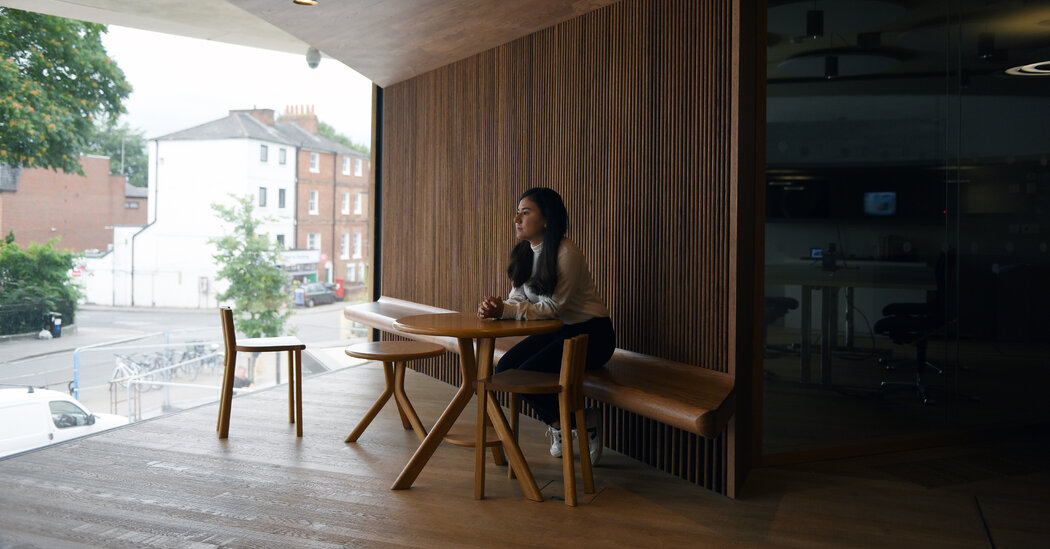 OXFORD, England — Five days after the Taliban captured Kabul, Summia Tora began to fear that her father would never get out of Afghanistan. She had been up almost round-the-clock, working every angle to get him on an evacuation flight. But without a special immigrant visa, he did not get a call from American officials offering a coveted seat on a military plane.

“That’s when it really hit me, and that was the first time I sat down and cried,” recalled Ms. Tora, 24, as she recounted the story last week. “Because I realized there was no way out for my father. He was stuck.”

But Ms. Tora’s father had one advantage that thousands of other desperate Afghans did not: His daughter was a Rhodes scholar, the first ever chosen from Afghanistan. She was able to use her connections at Oxford University and with a foundation funded by Eric Schmidt, the billionaire former chief executive of Google, to get her father and an uncle seats on a non-American military flight that left Kabul on Aug. 24.

In the coming days, Ms. Tora expects to be reunited with her father in southern Europe. (She asked not to disclose his full name or exact whereabouts to protect his security.) And she has already identified her next mission — after finishing her master’s degree at Oxford’s Blavatnik School of Government in two months — one that she said might occupy her for “most of the rest of my life.”

Ms. Tora is starting an organization to help evacuate people left behind in Afghanistan, as well as to help resettle Afghan refugees now in Qatar, Albania and elsewhere. She has called it the Dosti Network, repurposing a name she used for an earlier initiative that educated Afghan and Pakistani girls and young women about feminine hygiene. Dosti means friendship in Urdu.

While Ms. Tora said she was deeply grateful for the extraordinary help she got for her father — and recognizes the value of dramatic stories like his — she said she was determined to shift the focus to the more mundane business of getting ordinary Afghans the paperwork they need to start new lives.

“We need to think about the people we’ve left behind and ask difficult questions,” Ms. Tora added. “These are people who do not have the right documents, do not have a Rhodes scholar as a daughter, do not have a network at Oxford.”

Hers is one of a handful of known Afghan-led efforts to get people out of a country where they no longer feel safe. Some are backed by wealthy Afghans who have offered the use of planes in cities like Mazar-i-Sharif, Herat and elsewhere. Others are supported by foreign benefactors, like Mr. Schmidt’s foundation, Schmidt Futures, which organized the airlift of 150 people and hopes to evacuate more.

Some groups are banking on a resumption of commercial flights from Kabul’s airport. Others are exploring overland routes to Pakistan or other neighboring countries. Most are operating under the radar to avoid retribution by the Taliban.

“It does feel like the Afghan diaspora has come together out of a sense of helplessness,” said Yalda Hakim, an Afghan-born BBC journalist who runs her own foundation that helped with Ms. Tora’s father’s evacuation, as well as putting three female students from the American University of Afghanistan on the same flight.

The hurdles to future evacuations are high: The Taliban’s tightening grip on Afghanistan means proliferating checkpoints along roads to the border. With no American soldiers securing the airport and air traffic control operations still being restored, flights from Kabul are not currently an option.

“Even if the commercial flights do start up again,” Ms. Tora said, “the passengers are still going to have to be vetted by the Taliban. There’s no guarantee that they’re not going to hurt someone.”

Her father’s story illustrates the risks. The day after he was finally able to enter the Kabul airport, she said, a Taliban fighter came looking for him at his house. A wholesale trader of dried fruit and nuts, Ms. Tora’s father was known for having worked with contractors for the United States Agency for International Development.

In addition, she said, her higher profile, from her work with Afghan and Pakistani girls, as well as a GoFundMe account that she set up to raise money to help evacuate her father, which raised more than $50,000 — all of that made him a figure of interest for Afghanistan’s new rulers. The Taliban did detain one of Ms. Tora’s father’s closest friends, but he was freed a couple of days later.

“There was a lot of noise I built up around my dad,” Ms. Tora said. “That’s why I could not sleep, eat or do anything because I knew that if anyone was harmed among my family or friends, it was because of the work I’ve been doing.”

Even after her father got to the airport, he spent three days in a stifling terminal while Mr. Schmidt’s team struggled to line up a flight. In Oxford, Ms. Tora ignored an offer from a private military contractor to give him a seat for $60,000.

She has few illusions about the challenges ahead. Ms. Tora’s family, which is Uzbek, fled Afghanistan once before, in the 1990s when the Taliban seized power after the exit of the Soviet Union. She spent her childhood in the Pakistani city of Peshawar, living in a one-bedroom house that held four families, before winning a scholarship to a high school in New Mexico. She then attended Earlham College in Richmond, Ind.

Ms. Tora initially balked at even applying for a Rhodes scholarship, given the legacy of its namesake, Cecil Rhodes, the 19th-century imperialist whose white supremacist views are viewed by some as a precursor to apartheid.

But she reasoned that she could use the prestige and connections that came with the scholarship, which was originally restricted to men from the United States, Germany and Commonwealth countries, to further her work with refugees from Afghanistan, a land known as the graveyard of empires.

“Cecil John Rhodes would not be happy about this,” she said, breaking into a rare laugh.

In 2019, Ms. Tora spent five months in Greece, volunteering at shelters for Afghan refugees and asylum seekers. Before the fall of Afghanistan, she had planned to return to Pakistan to work with refugees there. Now, she says, she could travel anywhere in the world where Afghans are waiting to be resettled.

“The whole narrative with this crisis has been one of pity for Afghans,” Ms. Tora said. “What we deserve is equal dignity and respect.”