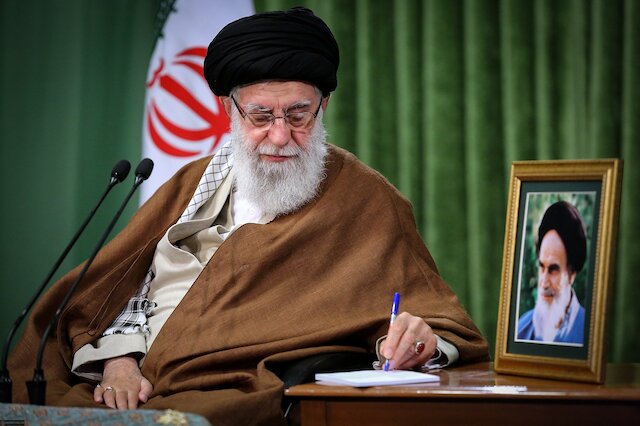 It was a vibrant time in Iran. After two dark decades of post-revolutionary Iran, Mohammad Khatami came to the scene in 1997 with reforms from within and a “conversation of civilizations” abroad.

Voting for him seemed like the only chance for Iranians to end the corruption and mass murder of the post-revolution years. But, sadly, the more Khatami grew in his presidential role, the more distant he became from the people and the more obedient to the Supreme Leader. Although he later denied it, before the end of his presidency, he said: “the president is no more than a middleman in Iran.”

By now, the United States seems to be realizing that too, albeit very late. Khatami left in 2005, with a legacy of student arrest and murder and the raid on Tehran University in 1998. His successors Ahmadinejad and Rouhani and their record of repression are much the same.

The Iranian people carry the trauma of the 1980s Iran-Iraq war. However, it is clear that they do not want another war, and the low voter turnout of the recent election sends a clear message that they do not support the regime, either. Starting with the people inside Iran, promoted by the Iranian diaspora abroad, the virtual campaign of #NO2IRI paid off and should be a wake-up call for Iranian authorities.

Resentment against the regime is high, and its reasons are abundant. The Iranian people are suffocating from shooting citizens on the streets in November 2020 to shooting down Ukrainian flight PF752 with missiles. But this is just the tip of the iceberg. The Islamic Republic of Iran has been suppressing human rights for over 40 years. First, the mass cleansing of the opposition inside Iran in the 80s, enforcing anti-women and anti-freedom regulations and then targeting dissidents abroad in the 90s. Today, complete control of state media and social media filtering put freedom at risk more than ever. One must either express support for the regime or say nothing at all.

So if Iranians want neither this regime nor war, what do they want?

Iranians may have taken part in the 1979 revolution, but the outcome blindsided them. Today, they blame President Carter for his lack of support to back the Shah. Thirty years later, in 2009, they blamed President Obama for not standing firm on the Green Movement protests. President Obama regrets the same in his book, “A Promised Land.” Rightfully, Iranians are terrified that President Biden will sacrifice them to make a weak deal with a rogue regime. In his first presidential interview, new President Raisi said, “He will not meet with the U.S. President.”

The United States should not be afraid of the regime. The Iranian people showed their courage by staying home and not participating in a predetermined election. The U.S. should do the same by standing high on the foundation of America: democracy and freedom for all.

President Biden and his national security team have the chance, for the first time since the revolution, to make it right with the people of Iran:

The path ahead for the United States to deal with the Iranian government is neither war nor fruitless diplomacy, rather fierce advocacy for human rights and the freedom of the Iranian people. The regime has the money and the tools of repression, but it doesn’t have the people’s support.

The United States now has the chance to do the right thing for the people of Iran. The regime needs to know the world is watching. The Iranian people will surprise themselves and the world with their courage to change and a better future.

Shima Bozorgi holds a degree in International Policy and Practice from the Elliot School of International Affairs at the George Washington University. Shima is also an alumnus of the Tehran University School of Law and Political Science.