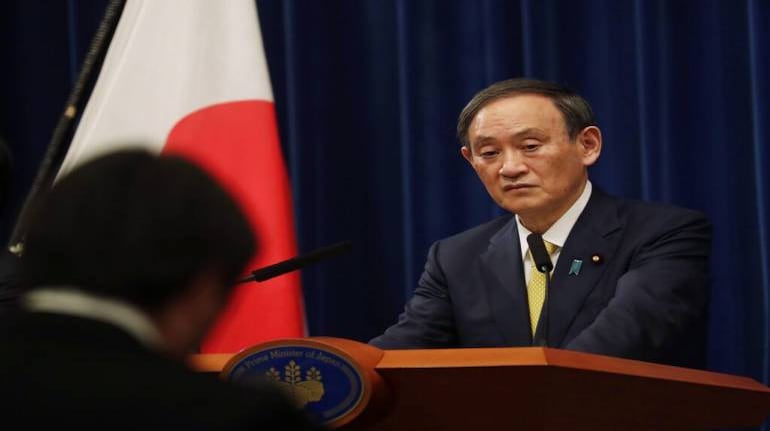 Japanese Prime Minister Yoshihide Suga came into office pledging to devote himself to tackling the coronavirus, but in the end his response to the pandemic appears to have been his undoing.

When Suga took office in September, Japan had already weathered early waves of the virus, settling on a policy that depended on the population being careful while the economy mostly stayed open.

And it was the attempt to keep business moving which led to the first crisis of his administration, over a domestic travel campaign that his government backed even as virus cases surged in late 2020.

He was forced into an embarrassing U-turn over the so-called “GoTo Travel” campaign — and even the reversal was half-hearted, with the government first saying regions could opt out and then abruptly suspending the project altogether in December.

The following month, Suga declared a virus emergency in Tokyo and several other regions.

The measure was only supposed to last a month, but large parts of Japan have spent most of 2021 under emergency restrictions of some variety.

They are less strict than the lockdowns seen elsewhere, and mean bars and restaurants close early while limiting alcohol sales and crowd sizes at events.

But they had an impact, sending economic growth into reverse and stirring up worries about the Olympics, which became increasingly unpopular domestically.

“The virus state of emergencies restricting individual activities were tough for the Japanese public,” said Mikitaka Masuyama, a politics professor at the National Graduate Institute for Policy Studies.

And even as other developed countries began rolling out their vaccine programmes in December and January, Japan moved slowly and cautiously.

Pfizer/BioNTech’s formula was the first to be approved, in February, and shots rolled out initially just to health workers.

The campaign moved forward cautiously, expanding to the elderly only in April, with the Moderna formula receiving approval for use in May.

AstraZeneca’s vaccine was given approval the same month, but use was put on hold and only recently began in a limited fashion.

Despite the lethargic start, vaccination picked up fast, with 47 percent of the population now fully vaccinated. And even without strict lockdowns, the country’s death toll remains comparatively low at around 16,000.

The spectre of a pandemic Olympics also hung over Suga’s term, with the prime minister insisting throughout that he was committed to hosting the Games.

When he came into office, he could have called a snap election and capitalised on his then-high approval ratings.

And some speculated that having failed to do so, he might instead hope to ride a wave of Olympic positivity into an autumn election.

But in the event, the Games had little effect on his standing, with his approval rating continuing to fall even as polls found post-Games support for having held the Olympics.

Masuyama said Suga faced an impossible bind in some ways.

“Having to balance virus measures and saving the economy was likely to meet with complaint from the public whatever policies were taken,” he said.

He also lacked strong party allies who might have backed him as his approval ratings sank.

For some it was less what Suga’s government did, and more how he communicated it that caused problems.

“He never really gave people that sense of competence and communicated empathy for what people were going through,” said Corey Wallace, an assistant professor at Kanagawa University who focuses on Japanese politics.

“He didn’t show a strong sense of urgency, he was always reactive and having to explain himself.”

In the end, Suga himself made clear it was the virus response that forced his hand, saying campaigning for leader while battling the pandemic would be impossible.

“I cannot do both. I had to choose one of them.”