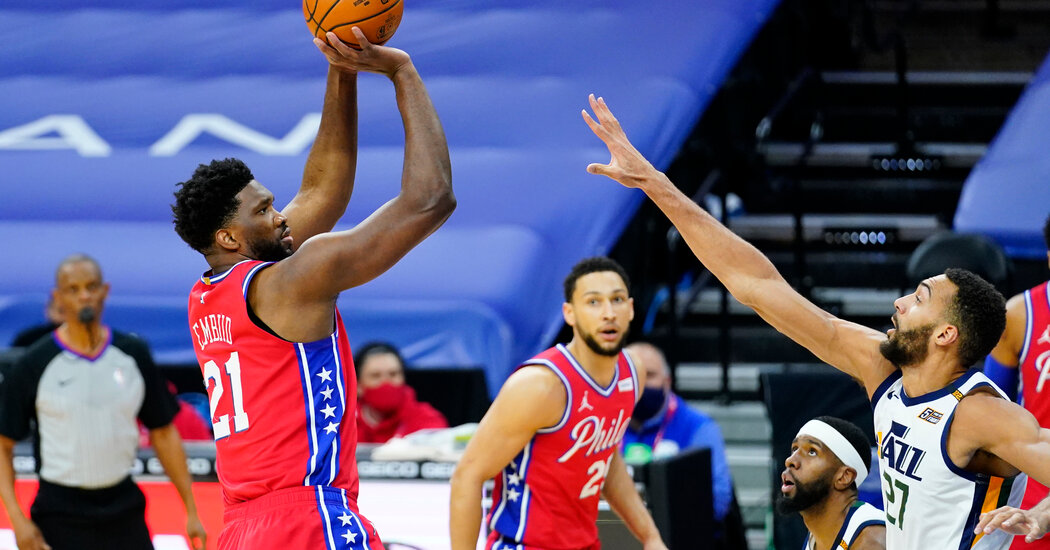 Embiid, a prime Most Valuable Player Award candidate this season, had been selected to his fourth All-Star team and was to start at center for Durant’s team. Simmons, making his third All-Star team after being voted into the game as a reserve, was selected by James. Rivers chose Zion Williamson of the New Orleans Pelicans to start in Embiid’s place, but the league did not pursue replacements for either player with only hours remaining before the opening tip, opting for 11-man All-Star rosters instead of the usual 12.

Led by Milwaukee forward Giannis Antetokounmpo’s 35 points on 16-of-16 shooting, a new All-Star record for most attempts without a miss, Team LeBron rolled to a 170-150 victory. James sat out the entire second half and settled for just 4 points in 13 minutes. Portland’s Damian Lillard scored 32 points for James’s squad, including a shot from midcourt on the game’s final play, and Golden State’s Stephen Curry added 28 points after winning the 3-point contest for the second time.

In the dunk contest at halftime, Portland’s Anfernee Simons won narrowly over the Knicks’ Obi Toppin, while Indiana’s Domantas Sabonis defeated Orlando’s Nikola Vucevic in the skills competition final before the game.

The 2020-21 regular season started on Dec. 22 after last season, delayed four months by the coronavirus pandemic, went all the way into October and required three months on a restricted-access campus at Walt Disney World near Orlando, Fla., to complete.

In November, the league postponed its traditional All-Star Weekend, giving Indianapolis hosting rights in 2024 instead of this year. But the N.B.A. never ruled out the prospect of resuscitating a game for 2021. The league then hatched the idea to hold several All-Star events on one day, closed to the public apart from 1,500 invitation-only guests, and staged in Atlanta so Turner Sports could broadcast it all in its backyard.

Silver said in a news conference on Saturday that “economic interests” were a factor in going ahead with a scaled-down version of All-Star festivities, but he also said that tremendous global fan interest had motivated the league just as much. League officials have said that a specific projection for revenue generated Sunday could not be immediately pinpointed, but various industry estimates have forecast Turner to make more than $20 million in advertising and sponsorship revenue through Sunday’s broadcast.

Apple likely to launch Bluetooth tracker: What are they and all that you should know before buying