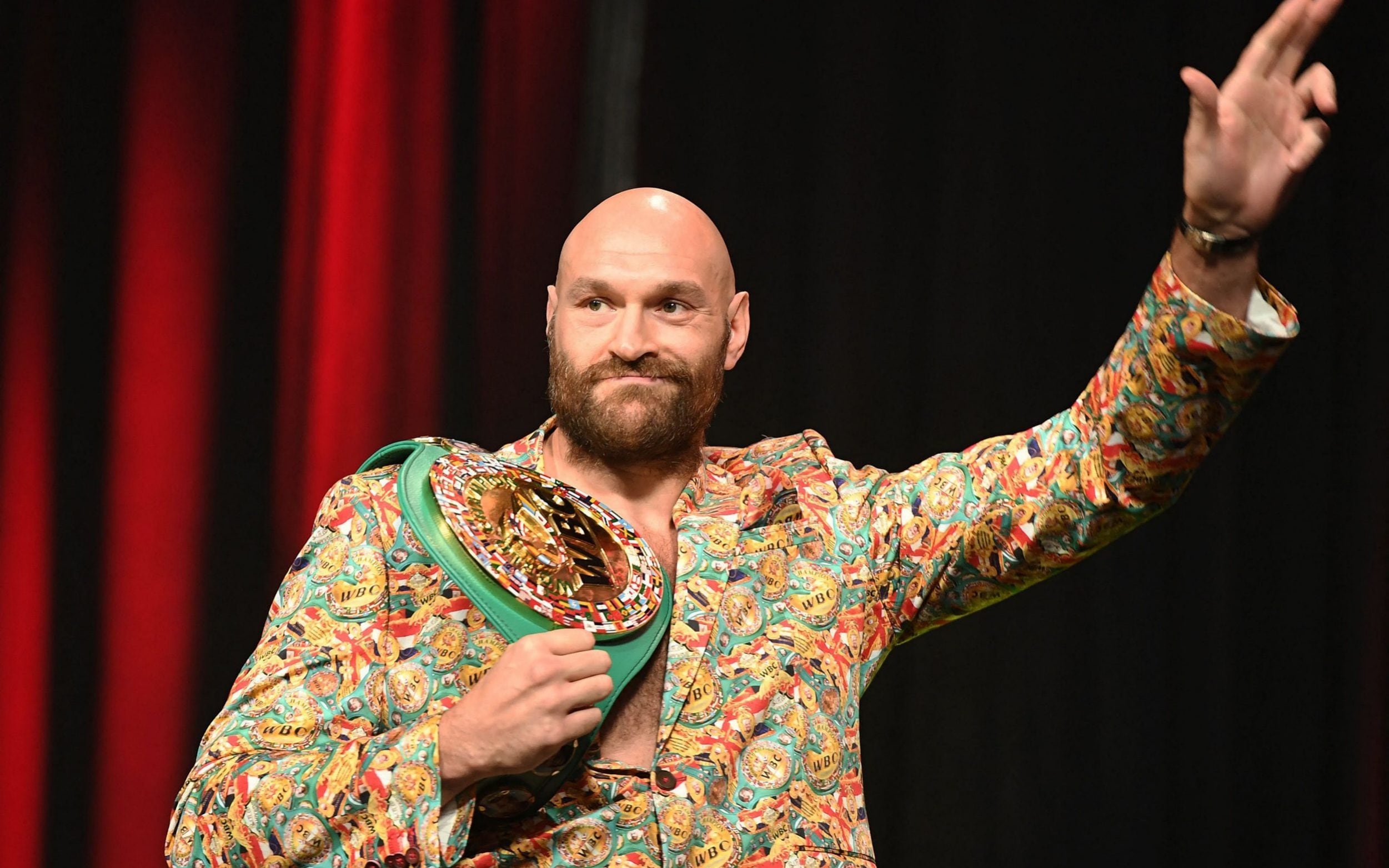 Tyson Fury vs Deontay Wilder is edging ever-closer and everything is on the line. The two heavyweights were involved in a blazing argument before their pre-heavyweight fight press conference earlier in the week, which meant the traditional staredown was scrapped.

The pair fight in Las Vegas on Saturday night, with Fury defending his title after victory in February last year. It was the outcome of that bout 20 months ago – and Wilder’s unfounded allegations of cheating – that was the catalyst for a heated row.

Wilder had earlier doubled down on his assertion that Fury had only prevailed in their second fight because of underhanded tactics and said: “I don’t regret it, I will go to my grave believing in what I believe in.”

But in his closing remarks, Fury, who was accused without any evidence of tampering with his gloves last time out, asked why Wilder had brought in new trainer Malik Scott and overhauled his preparation for this trilogy contest.

Fury said: “I ask the question, if I only won because I cheated, what was the point of changing everything and doing all this other work?

“Deep down in his soul, he knows that he lost and he’ll lose again. After this fight he’ll be back working in that fast food chain that he was working at earlier on in his career. It’s retirement for him.

“You’re in denial and you’re getting knocked out. Do yourself a favour and retire, your legacy’s in bits, all the excuses, you’ve been destroyed. No one’s even believed you, everyone’s laughing at you. You’re a weak man.”

The third fight between Deontay Wilder and Tyson Fury, who will battle for the WBC heavyweight title. Fury was on track to meet Anthony Joshua for the undisputed heavyweight crown late this summer in Saudi Arabia, but the biggest fight in British boxing history collapsed when a judge in the US ruled Wilder had the contractual right to a third contest with the ‘Gypsy King’.

Fury-Wilder 3 will be held at the T-Mobile Arena in Las Vegas.

What time is the fight?

It is due to begin after 4am BST, but largely depends on the undercard fights and how quickly they finish. It could be slightly later.

How to watch Fury-Wilder III on TV

The trilogy fight between Fury and Wilder will be broadcast exclusively on BT Sport Box Office. If you don’t want to pay, or if you want running text commentary of the fight, bookmark this page and return on the evening for our live blog.

When is the weigh-in?

The two fighters will hit the scales on Friday night at roughly 10pm BST.

What happened in the first two fights?

Fury and Wilder fought to a disputed draw in their first bout back in 2018, but Fury dominated the rematch from the outset and stopped the Bronze Bomber in the seventh round to inflict Wilder’s first career loss.

What are the fighters saying?

Tyson Fury has delayed his second Covid-19 jab until after his fight against Deontay Wilder, claiming he is “not in the risk-taking game”.

The World Boxing Council heavyweight champion confirmed he had the first vaccine shot in the summer, but said he did not want to risk any side-effects ahead of the Las Vegas showdown on October 9.

Their third fight was postponed in July after Fury contracted the virus, and he appears to have been unnerved by scare stories that the jab could affect his preparation for the bout.

“You never can tell,” Fury told BoxingScene.com. “There’s so much bull—- with all this, stories that go around. You never know what’s the truth and what’s not. So, I’m not in the risk-taking game.

“I’m in a life-threatening job, where you can get your lights knocked out with one punch. If [a second shot] was to affect me in any way, then I’d never live with myself before a big fight.”

Fury went on to clarify that he would have a second jab “when the fight’s over” and “I’ll have time to recover from it all”. Experts insist the jab is safe and Fury added that Covid had “killed a lot of people in the world and if the vaccine helps, then get it done, you know?”.

What are their records?

What are the latest odds?

(All odds via Oddschecker)

What fights are on the undercard?

Fury vs Wilder undercard action is likely to kick off around 1am BST.

What is our prediction?

By Gareth A Davies

Tyson Fury and Deontay Wilder have had two vastly different fights thus far, and it will all come down to the adjustments as they go into round 20 of their rivalry. We know Fury is the superior boxer; we know Wilder has one-punch knockout power. Wilder will start fast and is going to be at his most dangerous for the first three to five rounds. The Bronze Bomber seeks an early knockout in this fight, and Fury will have to be wary, and on his shield. However, Fury dominated from round three of their last fight, and the fight will most likely take a similar pattern, with Fury growing more aggressive and putting Wilder on the back foot. It is a dangerous fight for Fury, while the Alabaman has nothing to lose. In truth, this fight could go any way. But if Fury is on his game, the Gypsy King stops the American and retains the WBC heavyweight belt around the seventh or eighth round by stoppage.