Uday Chopra, who recently returned to Twitter, opened up in his Tweets about God and why he thought praying is an act of mistrust.
In his Tweet, he said, ‘As a non believer I don’t get the idea of asking god for things via prayer. When people pray to ask for things they want, isn’t it basically an act of mistrust in their god. For if god already has a plan in mind for you, why are you praying to change the plan in the first place?’ 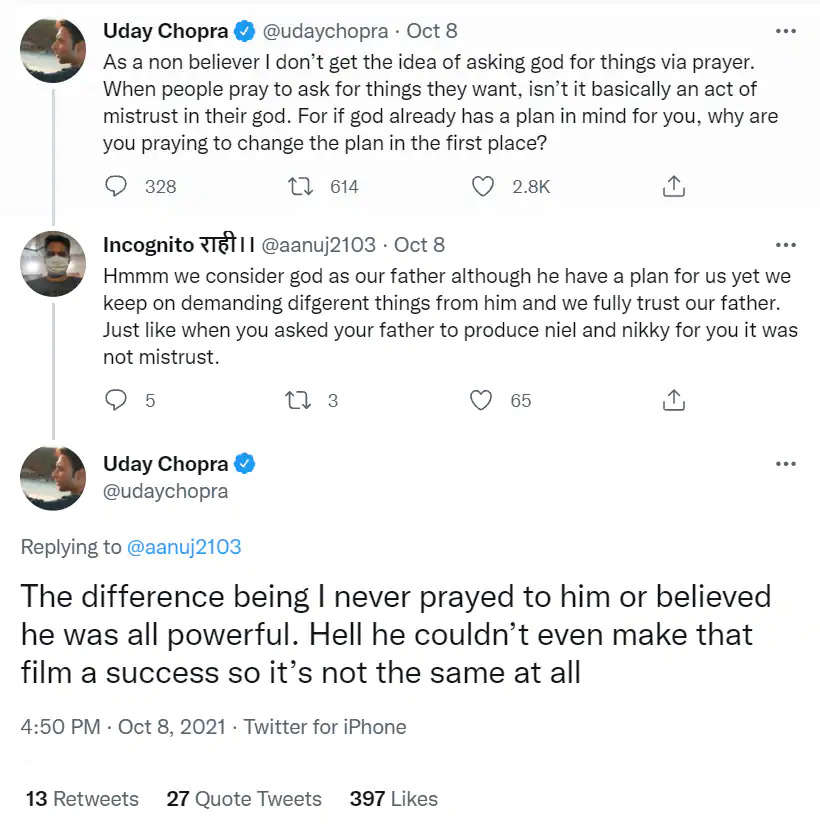 A Twitter user tried to explain the concept by citing his film, ‘Neal ‘n’ Nikki’ as an example. He wrote, ‘Hmmm, we consider god as our father. Although he has a plan for us, yet we keep on demanding different things from him and we fully trust our father. Just like when you asked your father to produce Neal ‘n’ Nikki for you, it was not mistrust.’

Replying to the Netizen, Uday wrote, ‘The difference being I never prayed to him or believed he was all powerful. Hell he couldn’t even make that film a success so it’s not the same at all.’

Directed by Arjun Sablok, the film also starred Kajol’s sister Tanishaa Mukerji in the lead role. The movie received mixed reviews from the audience and the critics alike.