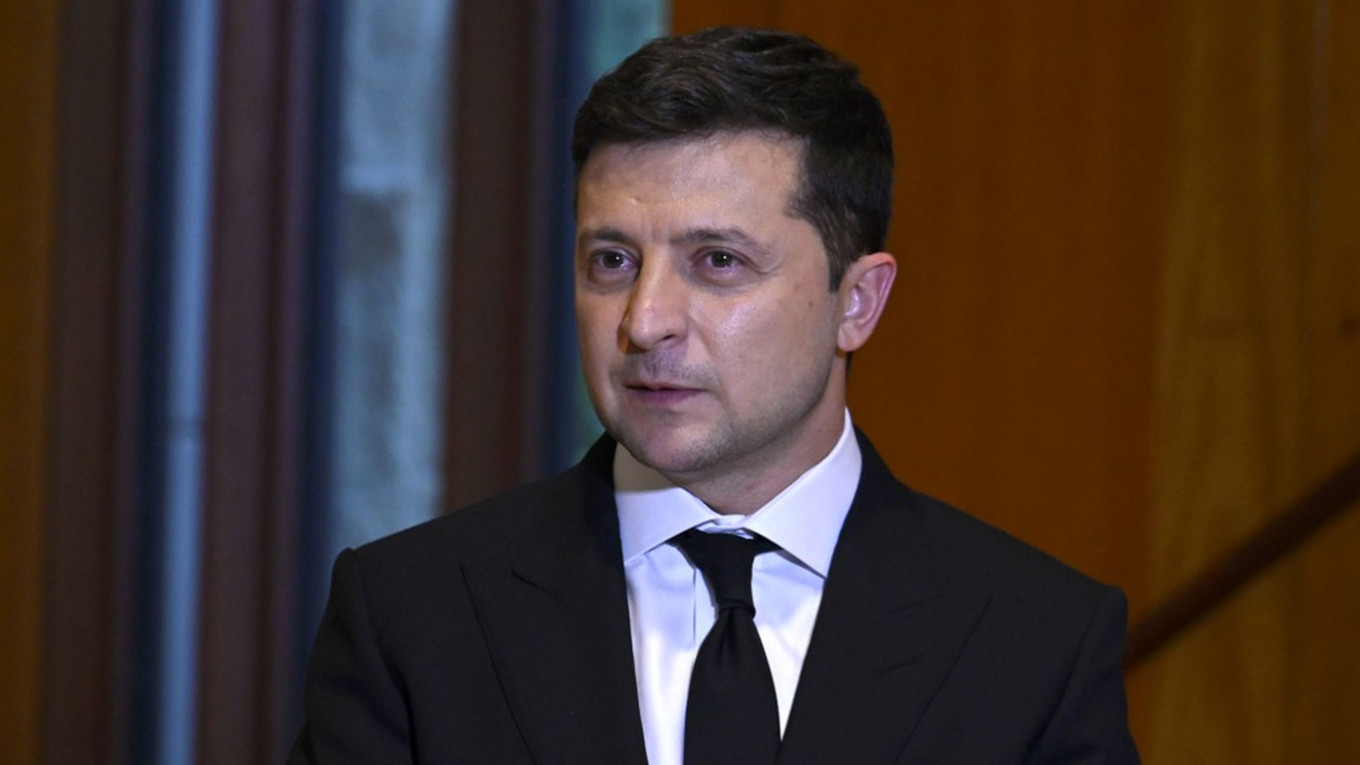 Ukraine’s President Volodymyr Zelenskiy becomes only the second European leader to meet President Joe Biden at the White House on Wednesday but his bid for more heavyweight U.S. protection against a powerful Russia is likely to be frustrated.

Zelenskiy, who spent Tuesday at the Pentagon pressing for military assistance in Ukraine’s fight against Russia and Russian-backed separatists, will be in rarefied company when he joins Biden in the Oval Office.

The coronavirus pandemic and a hectic first seven months of the administration mean Biden has had few foreign visitors. Even Zelenskiy’s meeting was delayed by two days due to the tense U.S. retreat from Afghanistan.

The only other European leader so far was Germany’s outgoing chancellor, Angela Merkel.

“President Zelenskiy and Ukraine have gotten as much, if not more, attention from this administration than any other European country,” a senior Biden administration official told reporters, asking not to be identified.

This was a point stressed repeatedly by the official, who enumerated the contacts between Secretary of State Antony Blinken and other U.S. officials with the Ukrainians and two phone calls placed between Biden and Zelenskiy.

The White House visit is undoubtedly a triumph for Zelenskiy, who has been trying to line one up since he took office in 2019. A former comedian virtually unknown in the West, he found himself caught in a U.S. domestic political storm when then president Donald Trump asked him to launch a spurious corruption probe into Biden’s family ahead of the 2020 US presidential election.

Accusations that Trump tried to block military aid to Ukraine to pressure Zelenskiy sparked an impeachment of the Republican.

The hard reality facing Zelenskiy now, however, is that his most ambitious goals for the U.S.-Ukrainian relationship face slow going.

The U.S. official said Biden would use the meeting to “convey his ironclad commitment to Ukraine’s security, sovereignty and Euro-Atlantic aspirations.”

But Biden has already made clear he sees no quick path for Ukraine into the NATO military alliance, citing rampant corruption in the country.

Zelenskiy’s government argues it is fighting successfully against corruption, but Washington is in any case nowhere near wanting to enter direct confrontation with Russia, which has annexed Crimea and supported proxies controlling a large chunk of eastern Ukraine.

The White House says it remains concerned by the geo-strategic implications of the pipeline, which will funnel energy directly from Russia to Germany, bypassing the previous route through Ukraine. However, Biden argued that the project had already been nearly finished by the time he got into office and could not be stopped.

The limitations on the relationship were neatly illustrated in June, when Zelenskiy’s bid to meet with Biden first before the U.S. leader held a June summit with Russian President Vladimir Putin in Geneva was rejected.

Russian officials have pointed to Afghanistan as a warning for Ukraine, given its dependence on Western assistance. However, Biden insists that he left Afghanistan precisely so that he could focus on more important challenges like China and Russia.

Austin told Zelenskiy that the United States is committed to demanding that Russia “stop perpetuating the conflict” in eastern Ukraine and leave Crimea, the peninsula Russia seized from Ukraine in 2014.

“We will continue to stand with you in the face of this Russian aggression,” Austin said.

He highlighted a new $60 million package for Ukraine that includes Javelin anti-armor systems. He said the United States has committed $2.5 billion for Ukraine’s defense since 2014, when Russia intervened as Ukraine turned increasingly Westward.

US Treasury Department authorizes aid transactions with the Taliban

Draft guidelines for reopening of schools in Kerala

Most Maharashtra schools to reopen after 18 months, with restrictions