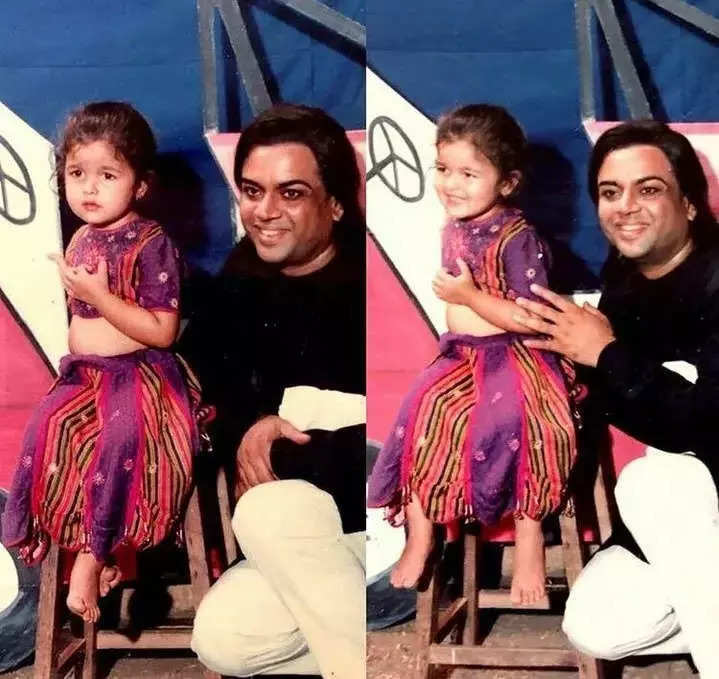 Alia Bhatt is undeniably one of the most talented actresses we have in Bollywood today. The actress is also quite active on social media where she commands a huge fan following.
Today, her fans dug up some unseen pictures from her childhood days where she is seen posing with none other than Paresh Rawal.

Dressed in a cute little purple lehenga choli, Alia looked simply adorable as she sat on a stool with the veteran Bollywood actor. Rawal, on the other hand, is seen dressed in a black and white outfit.
The picture is reportedly from the sets of the 1998 film ‘Tamanna’. Directed by Mahesh Bhatt, the film starred Pooja Bhatt in the lead role.

The picture was shared by a fan and it went viral in no time on the internet. The pictures also garnered some sweet comments. While one Instagram user wrote, ‘Cutest Alia’, another one wrote, ‘Babu bhai with Alia Bhatt’.

Alia is currently in a relationship with Ranbir Kapoor. The couple has been dating for a long time now. Although speculations regarding their impending wedding are rife, there has been no official announcement from the duo or their family.

Paresh Rawal, on the other hand, will be seen in ‘Sharmaji Namkeen’ with Juhi Chawla. The actor stepped into the shoes of Rishi Kapoor in the film after his sudden demise.