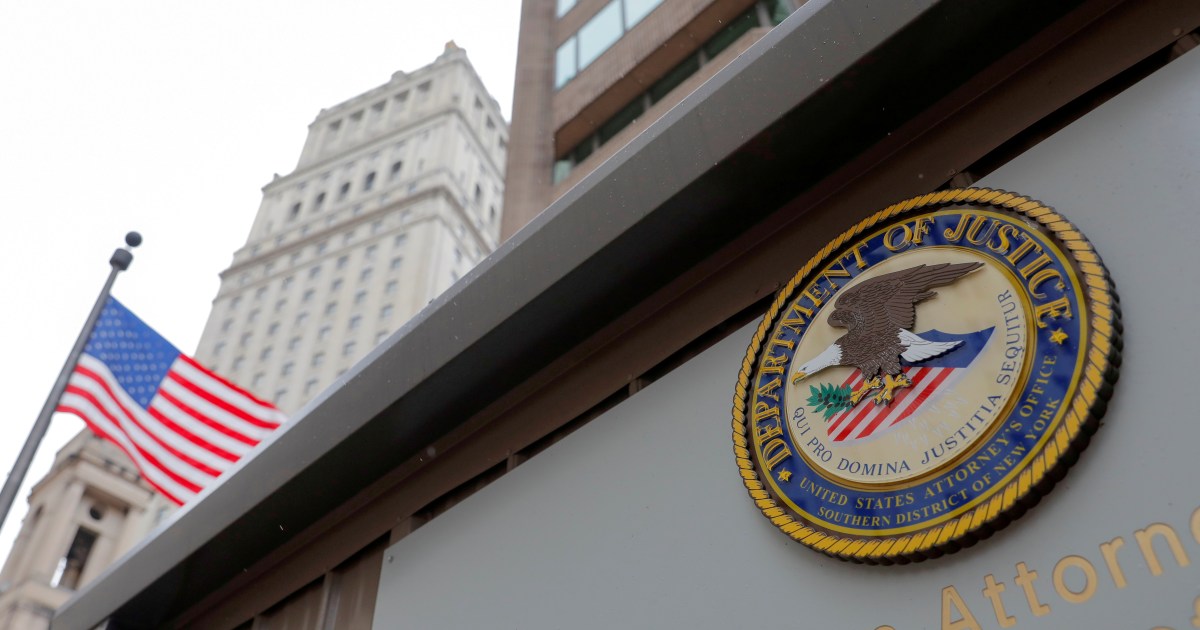 United States prosecutors have charged an alleged former Taliban commander with terrorism-related offences related to the killing of American troops in Afghanistan in 2008.

The US Attorney’s Office in Manhattan said on Thursday that Haji Najibullah was charged in a 13-count indictment that was unsealed in federal court.

Najibullah, 45, was already in US custody after being charged for the 2008 kidnapping of an American journalist and two Afghan civilians.

On Thursday, prosecutors said they had filed a superseding indictment that added counts of murder to his charge sheet.

They said Najibullah served at the time as a Taliban commander in Afghanistan’s Wardak province, which borders the capital Kabul.

He was charged in connection with a June 2008 attack by Taliban fighters under his command on a US military convoy with automatic weapons, rocket-propelled grenades and other explosives, prosecutors said.

The attack killed three US soldiers and their Afghan interpreter, they said.

“As alleged, during one of the most dangerous periods of the conflict in Afghanistan, Haji Najibullah led a vicious band of Taliban insurgents who terrorized part of Afghanistan and attacked U.S. troops,” US Attorney for the Southern District of New York Audrey Strauss said in a statement.

Najibullah was arrested and extradited from Ukraine to the US in October of last year.

Ten of the 13 counts Najibullah faces carry maximum sentences of life in prison.

American troops in late August completed a chaotic withdrawal from Afghanistan after 20 years in the country, which is now under the control of the Taliban.