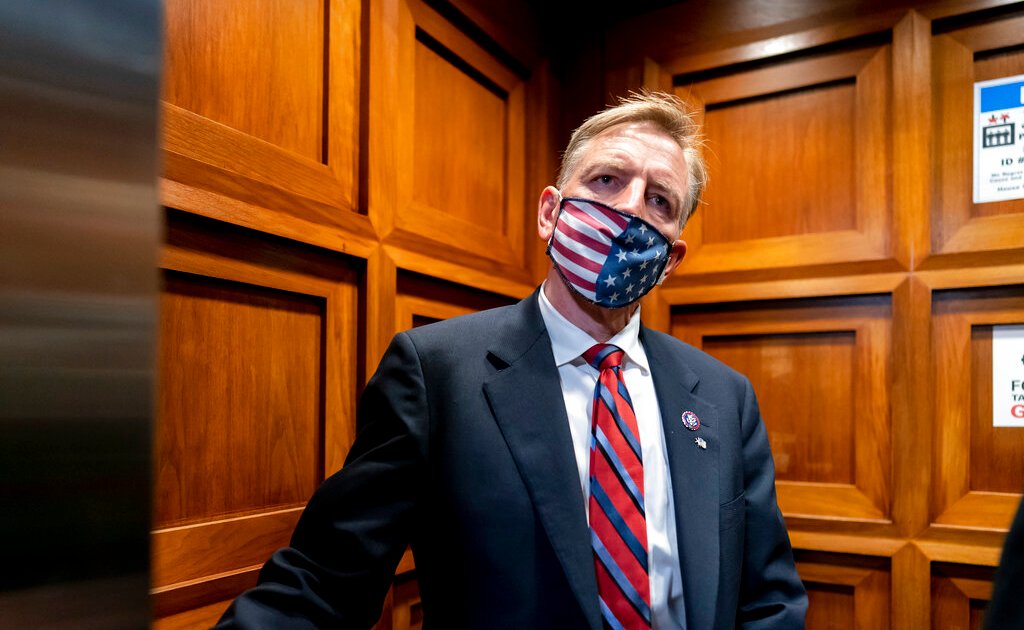 ‘This is not about me… This is about what we are willing to accept,’ Congresswoman Alexandrio Ocasio-Cortez says.

The US House of Representatives has voted to formally rebuke Republican Congressman Paul Gosar for tweeting an animated video that portrayed him killing progressive congresswoman Alexandra Ocasio-Cortez.

In a 223 to 207 vote largely along party lines on Wednesday, the House censured Gosar and stripped him of two congressional committee assignments. One member voted “present” on the resolution.

She denounced Republicans who backed Gosar for what she called failing to condemn “incitement of violence” against a US Congress member.

The video segment tweeted by Gosar last week depicted his face imposed on the head of an anime character striking another character with the face of Ocasio-Cortez with a sword on the back of the neck. The video also shows Gosar swinging two swords at President Joe Biden.

It opens up with real footage of migrants crossing the US southern border and ends with the flag of Arizona, where Gosar’s district is based.

On Wednesday, Gosar, who is a staunch supporter of former President Donald Trump, played down the cartoon as a mere statement against unauthorised immigration, rejecting accusations that it was violent or threatening.

“If I must join Alexander Hamilton, the first person attempted to be censured by this House, so be it. It is done,” he said on the House floor.

Republican House leader Kevin McCarthy came to Gosar’s defence, noting that the congressman deleted the video. He accused Democrats of abusing their power as a majority.

“For Democrats, this vote isn’t about a video; it’s about control,” McCarthy said.

Several Republican members acknowledged that the video was inappropriate but said it does not constitute a threat. Others accused Democrats of using the episode to distract from real issues, including rising inflation and the chaotic withdrawal from Afghanistan.

Congressional censures are symbolic, but they express powerful and formal condemnation by legislators. The last time US lawmakers censured a fellow member was in 2010 when they took action against New York Democrat Charles Rangel over ethics violations.

On Wednesday, many Democrats cited the January 6 riots at the Capitol – when Trump supporters stormed Congress in protest against lawmakers’ efforts to certify Biden’s victory – to highlight the link between rhetoric and actual violence.

“When members of Congress and other elected officials speak and act, our constituents and followers give great weight to our words and actions,” Majority Leader Steny Hoyer said.

Earlier this year, Gosar decried the Department of Justice efforts to investigate and prosecute suspected participants in the Capitol riots, calling them “peaceful patriots”.