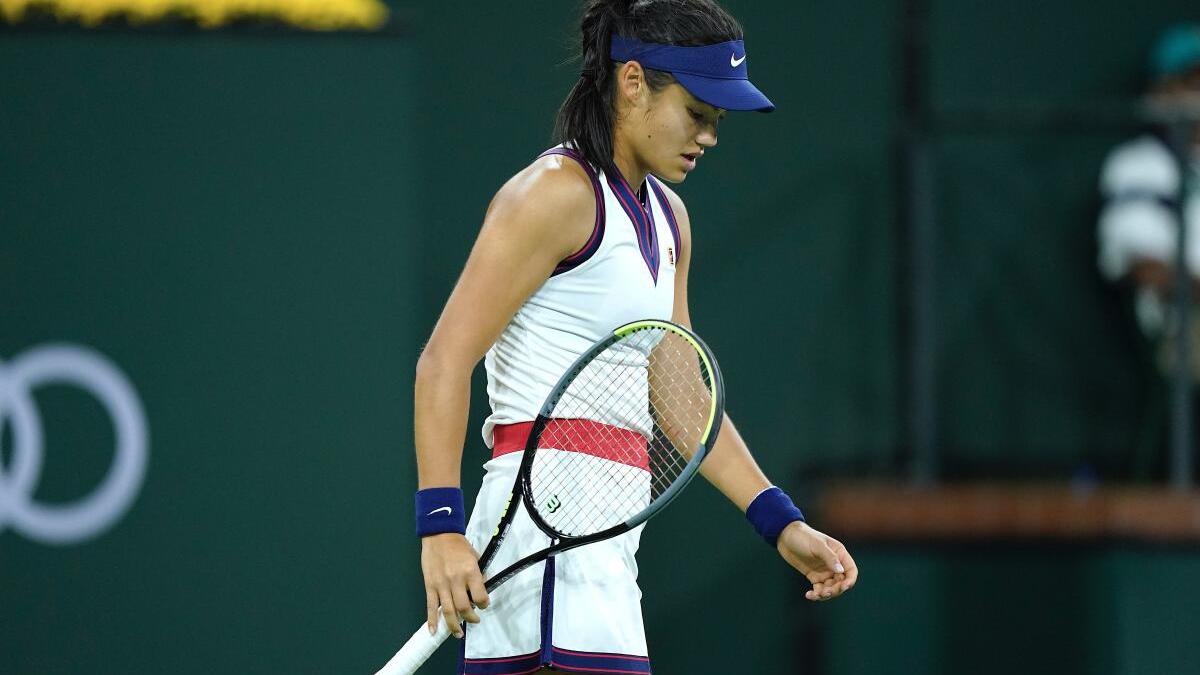 Emma Raducanu playing in her first tournament since her surprising US Open victory, lost in straight sets to Aliaksandra Sasnovich at the BNP Paribas Open on Friday night.

Raducanu lost 2-6, 4-6 in the second round, ending her 10-match winning streak that began in New York. She received a wild-card into the combined ATP and WTA tournament in the Southern California desert.

Sasnovich, a 27-year-old from Belarus ranked 100th in the world, reached the doubles semifinals last month at the US Open while Raducanu was completing a stunning run from qualifier to champion at age 18.

Sasnovich got service breaks to take leads of 3-1 and 5-2 and close out the first set in 30 minutes without ever losing her serve.

Raducanu rallied in the second set, taking a 4-2 lead. But Sasnovich broke for a fifth time and led 5-4 before serving out the match. Sasnovich won 53 per cent of her second serves to just 29 per cent for Raducanu.

The last time the tournament was played in 2019, Swiatek lost in qualifying. Now, she’s the No. 2 seed and the 2020 French Open champion.

Swiatek won nine of the first 10 games against Martic before the Polish star got broken twice and fell behind 0-3 in the second set. Swiatek rallied to win the next six games and close out the match.

“In 2019, I wasn’t playing that confident, but I’m really happy that times have changed now,” Swiatek said. “In the second set, I lost focus for one game and she broke me pretty fast, so I knew I just had to keep going and not stop for a second time.”