He’s a young and happening choreographer who also has a pedigree in filmmaking. Choreographer Vijay Ganguly, helms from a film family, his father Anil Ganguly was a coveted director, actress Rupali Ganguly, is his sister. But Vijay is not one to rest on the laurels of his family. He’s chosen to make it on his own, starting off with dance and slowly making a smooth move towards film direction, too. His latest has been the viral song Chaka Chak from ‘Atrangi Re’, where Sara Ali Khan has danced her heart out. In conversation with Vijay, we learn a lot about Sara and her family’s dancing skills, too. Excerpts:
Your choreography in ‘Atrangi Re’ has stood out and the film’s three songs have particularly been noticed a lot. Have audiences also taken stock of your talents, too?
I have been doing a lot of work but I never really come out and put it out there. So, people don’t know that I have done a lot of songs and films.

Sara Ali Khan’s Chaka Chak song has become quite popular. How was your experience of choreographing her? What did you take away from her efforts on the song?
The best part is that my father has worked with Sara’s mother (Amrita Singh) in ‘Saaheb’ (1985). My father, Anil Ganguly, directed the film. And I have also worked with Saif Ali Khan a lot. I had worked with her in a song from ‘Love Aaj Kal’, too. So, it’s like a second generation working together.

Who is the best dancer among the three – Sara, Saif and Amrita?

Sara is killing it. She’s very good and she works really hard.

How long did it take to finish shooting Chaka Chak?

We took three days to finish the song. We went to Madurai just when the first lockdown was lifted. We were a little scared while shooting the song. Because back then, people still didn’t know how corona was spreading. And there was a crowd of 150 in the song because it was a wedding scenario. We had to work with a crowd. There were restrictions, but we made the most out of it. It was lovely to shoot in Madurai.

When did you start as a dancer? Tell us about your journey.

I worked as a child artist in ‘Saaheb’. That was the first time I faced the camera. I was five years old. I had to say a dialogue. My dad had told me from the beginning that you’re not going to get anything easily. So, when I was not able to say the dialogue he would say, bring another kid. For him work came first.

When I was growing up, dad was supportive and would teach me things like how to edit or tell the story of a film. But later on, he told me to find my own way. I am not going to help you with calling people and getting you a job. So both me and my sister Rupali Ganguly who’s doing ‘Anupamaa’ now; had to find our own grounding. I got into dancing and she got into acting.

I went to a dance school in 1999-2000. There I continued for many years learning how to dance, how to teach. I used to teach students – kids and adults. But my heart was set for the film set because I had grown up seeing my dad making films. I wanted to be on a film set so I left the dance school. I moved on to assist Anurag Basu on ‘Jagga Jasoos’ (2017). That film started and I thought I’ll finish that film quickly and couple of others and get into filmmaking.

But ‘Jagga Jasoos’ was a musical. So I started contributing to every little thing. Dada (Basu) saw it and said “Tu achha karta hai. Let’s do songs together.” He gave me the song ‘Galti Se Mistake’. Because of ‘Galti Se Mistake’ I got multiple awards, including Filmfare for choreography and people started taking me seriously. So I thought, I’m getting to explore choreography and then I got calls from the directors. I really wanted to assist and work with like Imtiaz Ali and Aanand L Rai. I was just happy learning from them, working with them. I said, “Chalo yeh karte hain.” Now I am enjoying the process of choreography.

What sort of changes have you noticed in dancing in the Hindi film industry in the last decade or so?

Songs are shot the way they used to be shot earlier. But with technology things have become better. But the biggest change has been social media. Earlier there were only films and its hierarchy. You join as a dancer and move up gradually to become a choreographer. Now, any dancer who wants to show their talent, they can put it out on social media. If you’re good at dancing, you can go viral and get many opportunities.

Do you take notice of such dancers and give them opportunities?

Bohot hota hai aise. Suppose, we want to do something contemporary and want specific dancers. So many times, we log on to social media and scout for such dancers. Then we contact them and they perform for us in the film. Social media has become a helpful tool. We work on songs in the films. But for the songs to reach out to the people we have to make reels, too.

Dancing is no longer for those who are not good with academics. Today, well educated and qualified boys and girls are also entering the profession right?

Yeah. It’s no more like kuchh bhi nahin aata toh yeh profession join kar lo. I know so many girls who are from well to do families who do only film songs. Their work is polished and they speak really well.

You have worked with Saif Ali Khan in Bhoot Police and Chef. Is he a quick learner or does it get difficult for him to get the moves right?

I would say father and daughter are very similar. They work very hard. Saif sir has his limitations but woh perform karte hain. In Bhoot Police, there was a 15-20 minutes sequence which he performed in a single take. So whichever moves suit his body, he does it really well.

There was a sequence with Jacqueline (Fernandez) which we had done where he had to go on the floor on his knees and other such moves. So, when we choreographed it, we showed it to him. We thought he would ask for changes. But he was so excited and he did it. It looked nice in the film. After working in films for so many years, enthusiasm starts to fade but seeing Saif sir so excited was really inspiring for us.

Is your family happy with you choosing to be a choreographer or do they want you to direct films too?

My mother is super proud of me. When I started dancing, I was also doing films as an assistant choreographer with Shiamak Davar, I was traveling a lot. Shiamak had left me with the responsibility of the ‘Bunty Aur Babli’ rap with Mr. Amitabh Bachchan and the girls.

Mr Bachchan later came to know that I am Anil Ganguly’s son and we spoke a lot. He always had high regards for my dad. Even now, when we worked together on a film called ‘Goodbye’, he was very supportive. He speaks respectfully about my father.

My father was supportive. But he said it’s okay to work under someone but someday you have to do it on your own. Which took me a long time to understand. So, when I left dancing and started working as an assistant director, there was a big struggle. Your funds get over, you don’t get paid as well. And ‘Jagga Jasoos’ went on for four years. That time dad was not well. And by the time Jagga released, dad didn’t get to see the success of the awards and me becoming a choreographer. Dad only saw me struggling. But he always blessed me and said, “tu kuchh kar lega life mein”.

What’s next on the cards?

Do you want to go beyond choreography?

Definitely, I want to make films, too. Right now I am getting to learn from so many people. People are trusting me to do good work and something different that they want to see. 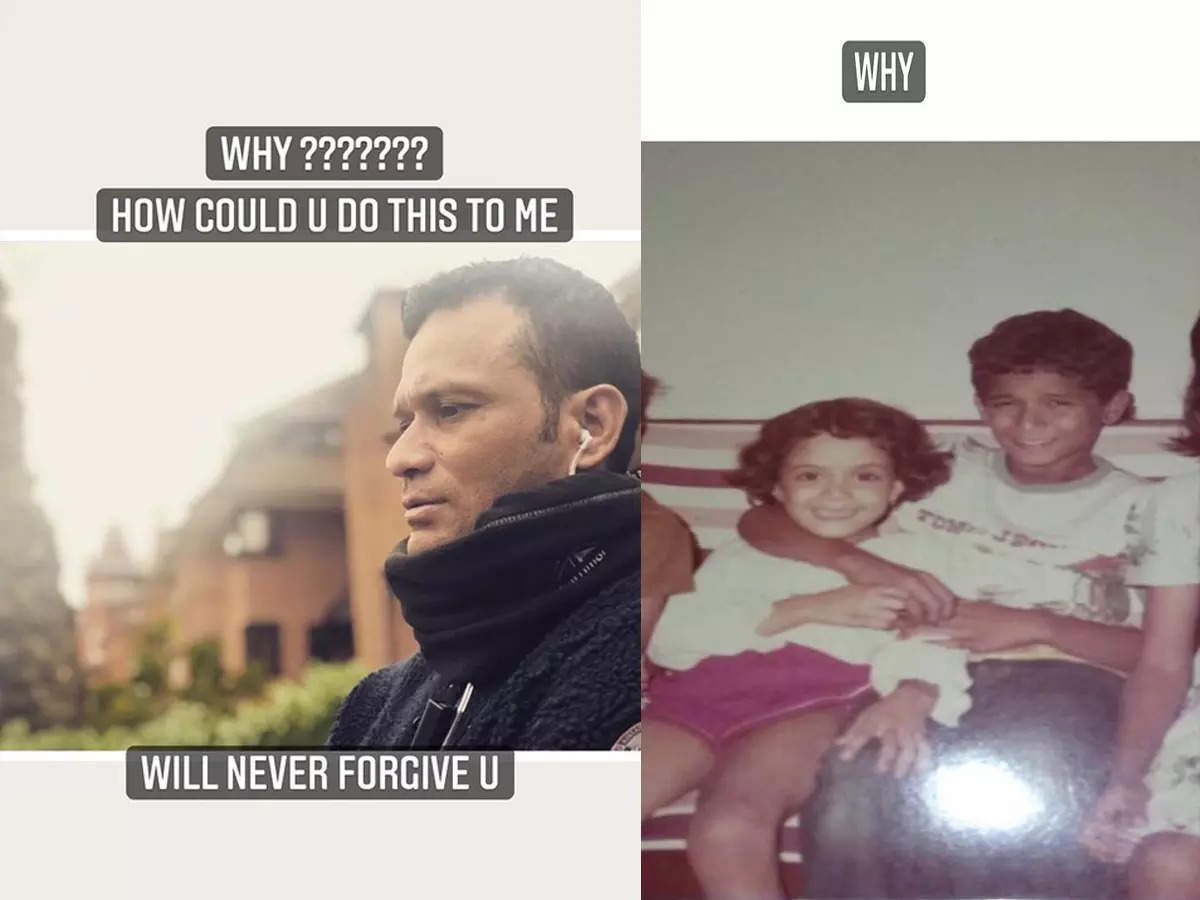