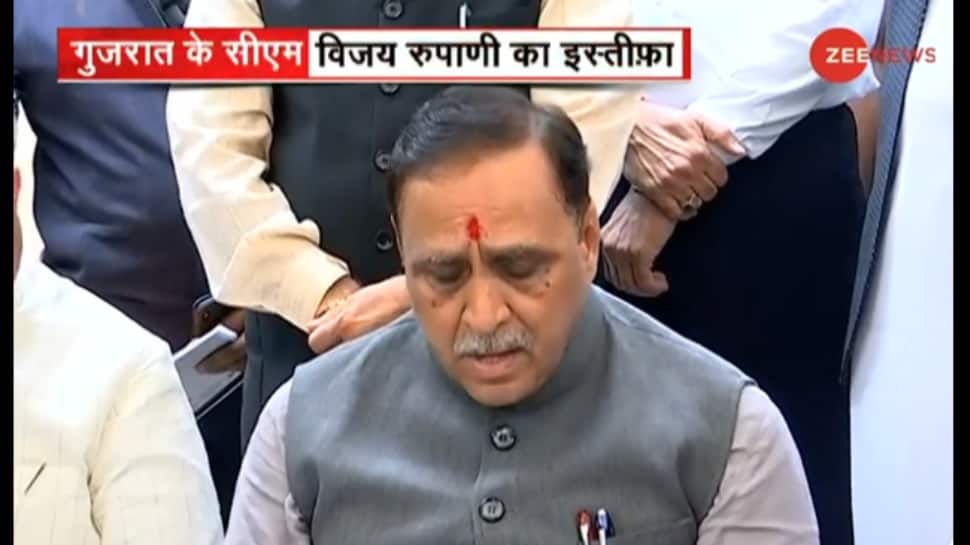 New Delhi: Vijay Rupani on Saturday (September 11, 2021) resigned as the Chief Minister of Gujarat. The reason behind the BJP leader’s resignation has not been ascertained yet.

The development comes hours after Rupani took part in the video conferencing event where Prime Minister Narendra Modi performed the ‘Lokarpan’ of the Sardardham Bhavan and ‘Bhoomi Pujan’ of Sardardham Phase – II Kanya Chhatralaya. The Deputy CM of Gujarat Nitin Patel was also present on the occasion.

Rupani, a Bharatiya Janata Party (BJP) leader, was serving as Chief Minister of Gujarat since August 2016. He is a member of the Gujarat Legislative Assembly and represents the Rajkot West legislative assembly constituency.

Earlier on Friday, Vijay Rupani had spoken at a gathering of the Maldhari community. During his address, he had said that his government was dealing strictly with those who “trap” Hindu girls and elope with them. Rupani had also stated the BJP government in the state has also acted tough on those involved in cow slaughter.

“My government brought in several laws with strict provisions. Be it the law to save cows from slaughter, the law to stop land grabbing, or the law to punish those involved in chain-snatching,” he had said.

“We also brought a law to stop ‘love jihad’. We are dealing strictly with those who trap Hindu girls and elope with them,” Rupani had said.

He was speaking after performing the ground-breaking ceremony for a planned building of the Raika Education Charitable Trust.

Kin of those who list life to COVID to be compensated