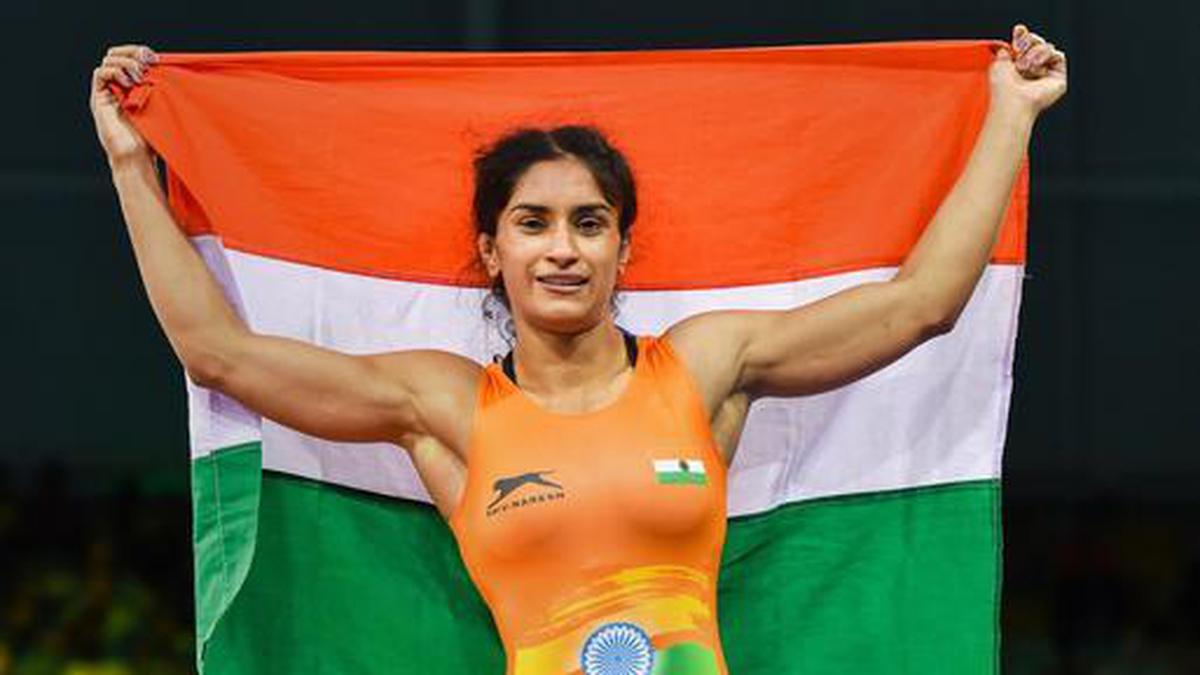 Ace Indian wrestler Vinesh Phogat grabbed the 53kg gold medal along with world number one rank while Bajrang Punia booked his spot in the final of the men’s 65kg event at the Matteo Pellicone Ranking Series event, here on Sunday.

It was a second gold medal for Vinesh in as many weeks as the 26-year-old World bronze medallist blanked Canada’s Diana Mary Helen Weicker 4-0 in the title clash.

Vinesh scored all her points in the first period and held on to her lead in the second to ensure a top-of-the-podium finish.

The Indian had entered the event as world number three but is back to the top spot on the rankings by jumping 14 points. The Canadian was ranked as low as 40 before the tournament but is now just behind Vinesh at number two.

Vinesh did not concede a single point in the tournament winning two of her three bouts by pinning her rivals while getting injury walkouts in the other two in the eight-woman field. Sarita Mor had won a silver in the 57kg on Saturday.

For Bajrang, first up was Selim Kozan, a former cadet world champion from Turkey. The Indian easily beat him by 7-0 scoreline. Kozan made several attacks, especially from the right, but the Indian defended well. Bajrang scored off with take down and gut wrench moves.

He then faced stiff competition from America’s Joseph Christopher Mc Kenna but prevailed 6-3 in the semifinal.

Bajrang seemed to have improved his leg defence, but the American thrice got hold of his right leg. Bajrang, though, ensured that Mc Kenna did not take advantage of the grip. In the fast-paced bout, Bajrang took break with a 4-2 lead, scoring points with a take downs.

The American narrowed the gap to 3-4 late in the second period with a push out but Bajrang sealed the issue with a two-point throw.

He will now face Mongolia’s Tulga Tumur Ochir, who prevented an all-Indian final by defeating Rohit 4-0 in the other 65kg semifinal. Rohit will now fight for bronze.

In the 74kg quarterfinal, Narsingh Pancham Yadav began with a comfortable win by technical superiority against Italian Finizio but lost to 2012 Olympic champion and four-time World champion Jordan Ernest Buuroughs in the semifinal. He will also fight for bronze.