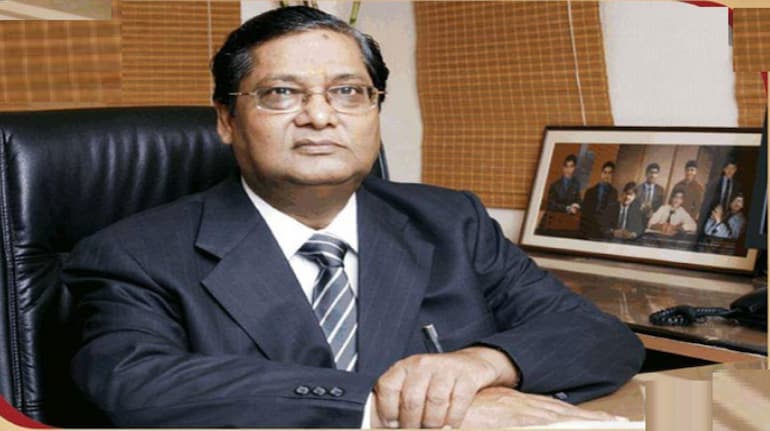 When Vinod Kumar Bansal was diagnosed with a rare muscle ailment called muscular dystrophy in his mid-20s in 1974, the first thing that worried him was its impact on his professional career. Bansal had just started working as a mechanical engineer at JK Synthetics in Kota, Rajasthan in 1971.

Bansal was worried about not being able to lead a professional life so early on in his career. Why not start teaching at home, asked a family friend, a doctor. Bansal thought about it and was immediately on board.

His passion for teaching and ability to keep students engaged in his classroom by his songs and inspirational stories is what pass-outs from Bansal Classes recount. VK Bansal passed away on May 3 after a prolonged battle with his ailment. He had tested positive for COVID-19 but had received a negative report just two days back.

“During his classes at the coaching centre, one would never realise that he had a serious and very rare illness. He would teach, sing, and share stories during his Mathematics lectures,” recounts Aniket Gupta who studied at Bansal Classes from 1993-95.

Born on October 26, 1949, in Jhansi, Bansal was a bright student throughout his school days. Winning scholarships throughout his education, Bansal completed his mechanical engineering from Banaras Hindu University (now IIT BHU) in 1971.

He found a job with JK Synthetics as an engineer in 1971 in Kota, Rajasthan. However, just two years later Bansal started finding it difficult to climb steps and had muscle pain.

Bansal was then diagnosed with muscular dystrophy and began his treatment. Doctors had also stated that it wouldn’t be viable for Bansal to continue his full-time employment.

Since he was an engineer himself, Bansal would guide students from his neighbourhood on how to prepare for the engineering entrance tests during his free time.

In 1983, Bansal quit JK Synthetics because of his illness and decided to start teaching students on a full-time basis.

Bansal Classes gets set up

Between 1983 and 1985, Bansal started teaching students at his home. He would teach Mathematics and also tips and tricks on how to crack the engineering entrance examinations.

“Back then in the 1980s, there was no formal system of coaching. Engineering aspirants would take help from IIT alumni to crack the entrance tests. It was Bansal saab who piloted this idea,” said Ramkrishna Pant, who runs Pant JEE Excel Coaching in Kota.

In 1985, a student who pursued coaching from Bansal cleared the IIT entrance examination. Word spread and students started to go to him for tuition.

To give the coaching classes a formal structure, Bansal Classes was set up in Kota in 1991. In the first few years, it was primarily students from nearby towns and cities of Rajasthan and parts of Gujarat who came to pursue coaching there.

By 1994, Bansal Classes started seeing students come to Kota for coaching from across the country.

This also helped the sleepy city thrive with players like Career Point, Resonance and Vibrant being set up. This opened up job opportunities as well with teachers from other cities coming to Kota to set up business.

For any coaching institute, the success rate was whether their students were able to get admissions to the Indian Institutes of Technology (IITs.). At Bansal, the peak was in 2000 when their students ranked All-India first and second in the IIT-JEE.

“It was a rat race and students wanted to succeed at any cost. The difference between Bansal sir and other coaching teachers was that he was truly passionate about his profession, even though it was a source of his living. He would be able to spot capable students on day one itself,” said Disha Lobo, a student of Bansal Classes of 1998. By then, Kota had become a Mecca for engineering aspirants with students staying in nearby hostels and attending dedicated coaching. Bansal Classes moved from 200 students in 1997 to 10,000 students in 2015.

Competitors recall that Bansal Classes would be subject to a lot of poaching during this time.

“Even as Bansal sir was gaining success, his faculty would quit and join rivals. Or they would start their own coaching centre. But he would never feel anger and in fact, would always be warm and cordial whenever we met though we were rivals,” recalls Varun Bhati of VB Classes.

From 2014-15 onwards, Bansal’s health began to deteriorate and he stopped taking lectures. His son Samir Bansal took over as the MD of Bansal Classes by then.

By 2020, Kota had around 90,000 students come to this city for pursuing coaching for admissions into top institutes in India. The city sees an annual turnover of close to Rs 2,000 crore as of industry estimates.

The competition was also getting intense and students would choose institutes based on the last year’s track record.

“How many students qualified for top 50 ranks in JEE is the first question that students ask before joining a Kota coaching centre. In that, Bansal Classes’ reputation stays intact,” said Aparna Gupta who studied in the institute three years ago.

The rare muscle disorder caused allied health complications for Bansal. He suffered a heart attack in the 90s and two students told Moneycontrol that he was back to class within a week of surgery.

“It is like Bansal sir couldn’t be kept away from the coaching class. However, we also realised that this was affecting his health and hence advised his family to avoid physical lectures,” said a former professor at Bansal Classes.

He was in and out of treatment for his health complications.

In April 2021, Bansal tested COVID-19 positive and also faced lung-related complications. He underwent treatment for 15 days but succumbed to the illness. He had tested negative for COVID-19 just two days before his death.

“I knew I had a rare condition but self-pity was never acceptable to me. I always thought that I was here to make a difference and I gave my 100 percent for it,” Bansal had stated at an event in Rajasthan in 2017.

The rest, as they say, is history.