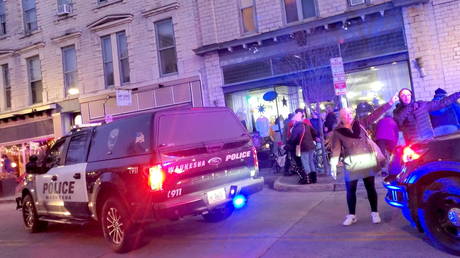 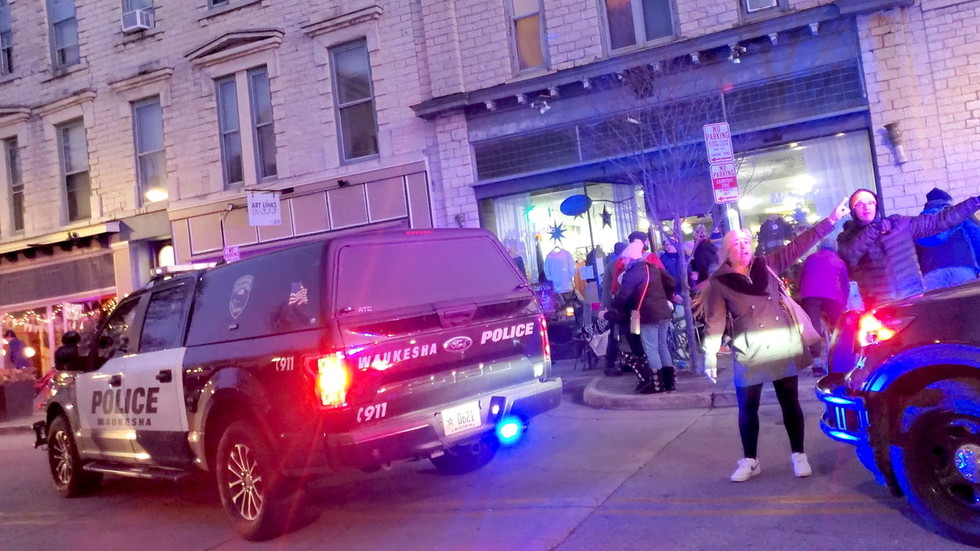 A doorbell camera filmed Darrell Brooks shortly before he was arrested as the chief suspect in the killing of multiple people at a parade in Waukesha, Wisconsin. The homeowner unwittingly offered help, thinking Brooks homeless.

In the video, captured on November 21 and obtained by NBC, Brooks can be seen on a porch in a t-shirt, shivering. He tells the owner of the home he is waiting for an Uber.

“Can you call it for me please? I’m homeless,” Brooks tells the resident, Daniel Rider, who told NBC he offered Brooks a jacket and food and let him use his phone. Rider says he was unaware of the incident at the parade, which had occurred less than a mile away.

Rider asked Brooks to leave when he noticed police cars in the neighborhood, but the man arrived at his door again, asking for his ID, which he had presumably left inside.

Police eventually arrived and placed 19-year-old Brooks under arrest, which can be seen in the video. The footage was recorded roughly 20 minutes after an SUV allegedly driven by Brooks plowed into the parade, killing five and injuring dozens.

Numerous conservative activists have highlighted left-leaning political content on Brooks’ social media posts, but police have said the crime had no such motivation and Brooks was fleeing the scene of a domestic disturbance.

He was released from custody earlier this month after being charged in a separate domestic disturbance incident and posting a $1,000 cash bail. The Milwaukee County district attorney has since referred to the bail set for Brooks as “inappropriately low.”