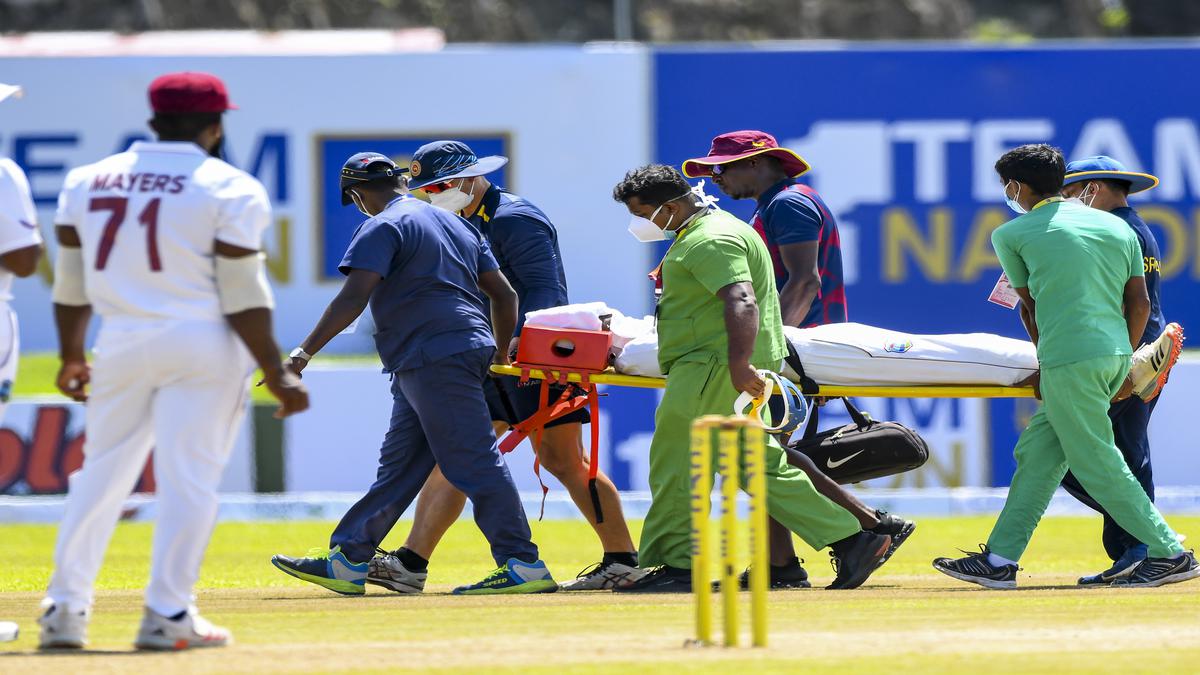 West Indies debutant Jeremy Solozano was taken to hospital after being hit on the helmet while fielding on Sunday, during the first day of the first Test against Sri Lanka here.

Solozano was fielding close in at short-leg when Sri Lanka batter Dimuth Karunaratne attempted a full blooded pull shot off the bowling of Roston Chase and the ball smacked a fierce blow into the fielder’s helmet grill. Medical staff attended to him at the ground before he was taken on a stretcher to a waiting ambulance which took him to hospital.

Sri Lanka was 61 for 0 at lunch, Karunaratne batting on 32 and Pathum Nissanka batting on 25.

With the benefit of hindsight, will Ganguly support Virat?