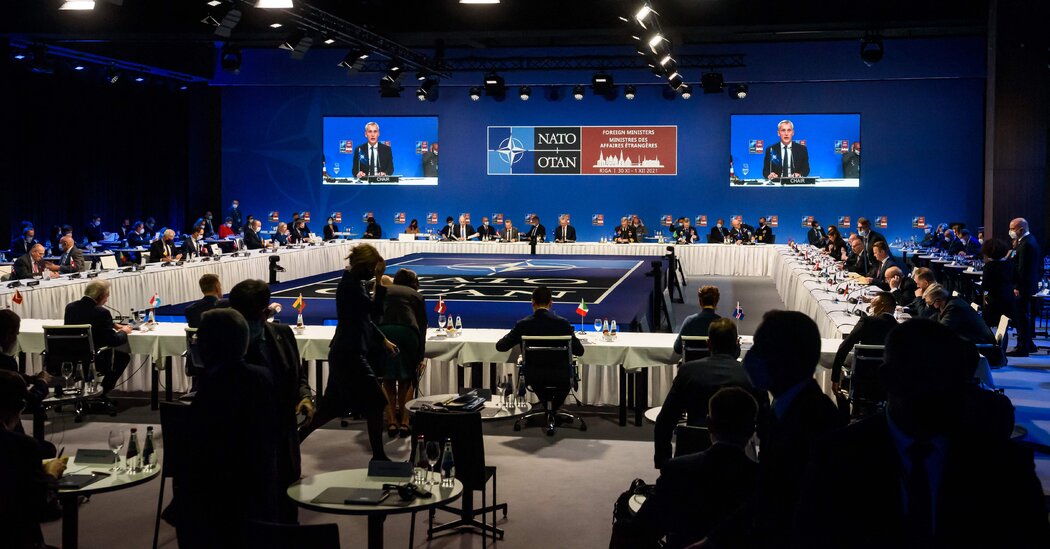 The North Atlantic Treaty Organization was the heart of the U.S.-led, anti-Soviet military alliance during the decades of the Cold War, and remains central to Western diplomatic and military cooperation.

Like many of the key institutions in international power politics, NATO has its origin in the years after World War II. The treaty for which it is named was signed in 1949, initially by the United States, Canada and 10 countries in Western Europe, with several other European powers and Turkey joining over the next few years.

That article committed the NATO countries to mutual defense, placing Western Europe under U.S. protection in the face of a Soviet Union that was cementing its domination over Central and Eastern Europe and appeared then only to be growing in power and ambition.

After the Soviet Union’s collapse in the early 1990s, the alliance took on a wider role. NATO forces — made up of troops volunteered by member states — operated as peacekeepers in Bosnia in the 1990s, and bombed Serbia in 1999 to protect Kosovo, where the alliance still has troops.

The first invocation of Article 5 came in defense of the United States, after the terrorist attacks of Sept. 11, 2001. NATO countries joined in the invasion of Afghanistan, where for more than a decade the alliance played a major role alongside the United States in the war that followed. The organization’s headquarters are in Brussels, and it carries out missions around the world, basing Patriot surface-to-air missiles and AWACS surveillance planes in Turkey.

Over the past three decades, more than a dozen countries that belonged to the Soviet sphere during the Cold War have become first partners and then members of NATO. It now has 30 members, including three Baltic states that were once directly part of the Soviet Union.

In 2008 it promised membership to Georgia and Ukraine, two former Soviet republics bordering Russia, though without a timetable for achieving it. In 2011, the alliance bombed Libya with the aim of protecting civilians from the forces of Col. Muammar el-Qaddafi, which paved the way for rebels to depose and kill him.

But the expansion of NATO has increasingly generated pushback.

Former President Donald J. Trump, who frequently accused NATO countries of freeloading on American military spending, told aides he wanted to withdraw from the alliance. And President Vladimir V. Putin of Russia has portrayed NATO’s growth as both a betrayal — pointing to warm words from U.S. officials in the dying days of the Soviet Union — and a threat.