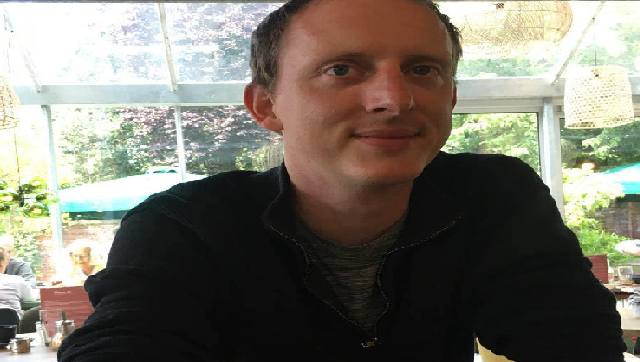 Author of the book, Saffron Fascists: India’s Hindu Nationalist Rulers, Friedrich, according to the police, was found to have links with alleged Khalistani operative Bhajan Singh Bhinder alias Iqbal Choudhary

Among the several persons mentioned in the “toolkit” shared by Greta Thunberg on the farmers’ protest, came up one “incongruous” name — Pieter Friedrich — who according to Delhi Police is an “active proponent of Khalistan” and has been on the radar of security agencies since 2006.

“The toolkit document is a carefully crafted document. What hashtag is to be made to trend on a particular day, what action is to be taken, who is to be tagged, and who is to be followed. If we focus on this section, we find names of reputed media houses and one incongruous name Pieter Friedrich,” said the Delhi Police.

After the Delhi Police arrested climate activist Disha Ravi from Bengaluru and issued non-bailable warrants against Nikita Jacob and Shantanu Muluk, the cyber cell of the lead probe agency in the matter said the trio had drafted and edited the toolkit which has incriminating evidence of “pro-Khalistani content embedded into it through links and texts”.

Police added that Disha’s associates, Nikita and Shantanu, were also on their radar, claiming that the three were connected to each other through a woman associate of Khalistani sympathiser, Mo Dhaliwal, who runs an organisation called Poetic Justice Foundation.

According to the police, Friedrich was found to have links with Khalistani operative Bhajan Singh Bhinder alias Iqbal Choudhary. Referring to Bhinder, the police said, “Most of you have known this name at least those who have been following K2 (Kashmir and Khalistan) desk of ISI.”

“Friedrich has been on the radar since late 2006 when he was noticed being in the company of Bhajan Singh Bhinder or Iqbal Chaudhary, who you would know if you are aware of the K2 desk of the ISI,” said Deputy Commissioner of Police Manishi Chandra.

“He also runs a lot of organisations with Bhinder. Why Pieter was made a resource person in this toolkit, whether it was Mo Dhaliwal who got him and what connection he has with Disha Ravi, Nikita Jacob and Shantanu, is a matter of investigation,” Chandra added.

Friedrich, a freelance journalist, is a vocal Twitter user with nearly 29,000 followers.

According to his website, Friedrich is an author, activist, speaker and traveller. “Pieter specialises in the analysis of historical and current affairs in South Asia. He engages with issues such as human rights, supremacist political ideologies, ethnonationalism, the politicisation of religion, authoritarian government structures and policies, state-sponsored atrocities, and the need to unify around doctrines of liberty,” reads the website.

“Pieter has lectured at Columbia University, Stanford University, UC Berkeley, UC Los Angeles, Carleton University, and St Stephens College. A staunch advocate for religious liberty and interfaith cooperation, he has spoken at mosques, gurdwaras, churches, and viharas. He has travelled and lived in Europe and Asia,” the website further says.

However the website, despite describing him as a “freelance journalist specialising in the analysis of affairs in South Asia”, provides no information on his college credentials. No degree in journalism or some equivalent was listed on his personal website.

In 2018, he spoke in protest of the RSS conclave, the World Hindutva Congress, in Chicago and called himself an American citizen.

Speaking to The Print, Friedrich said he has been targeted “because I have emerged as one of North America’s most relentless voices against the rising fascism of the Modi regime and, particularly, the RSS”.

“I had never heard of Poetic Justice Foundation until it was reported on in Indian media in connection with the toolkit. The Khalistan movement today appears to be entirely propped up by the Modi regime for purposes of creating a Frankenstein monster on which it can blame all ills,” he added.

As I am facing a direct onslaught by Modi’s fascist regime, there are four ways you can help support me. I am independent, I am entirely donor-supported, and I need your help.

“It’s laughable that the entire world today — from a white Christian writer like me, a Black Barbadian singer like Rihanna — are labeled as supporters of a mythical Sikh separatist state,” he said.

He had posted a video on his YouTube channel on 11 November 2020, seeking donations to create “awareness about RSS activities in India and abroad“.

Last year, his book Saffron Fascists: India’s Hindu Nationalist Rulers was published, in which he has been highly critical of the ruling dispensation.

He said he has co-authored two books with Bhajan Singh, “including one on how the origins of Sikhism are entwined with the anti-caste struggle”.

“Had I ever seen Bhajan even hint at support for Khalistan, I would have run the other way,” he told The Print.

With inputs from PTI